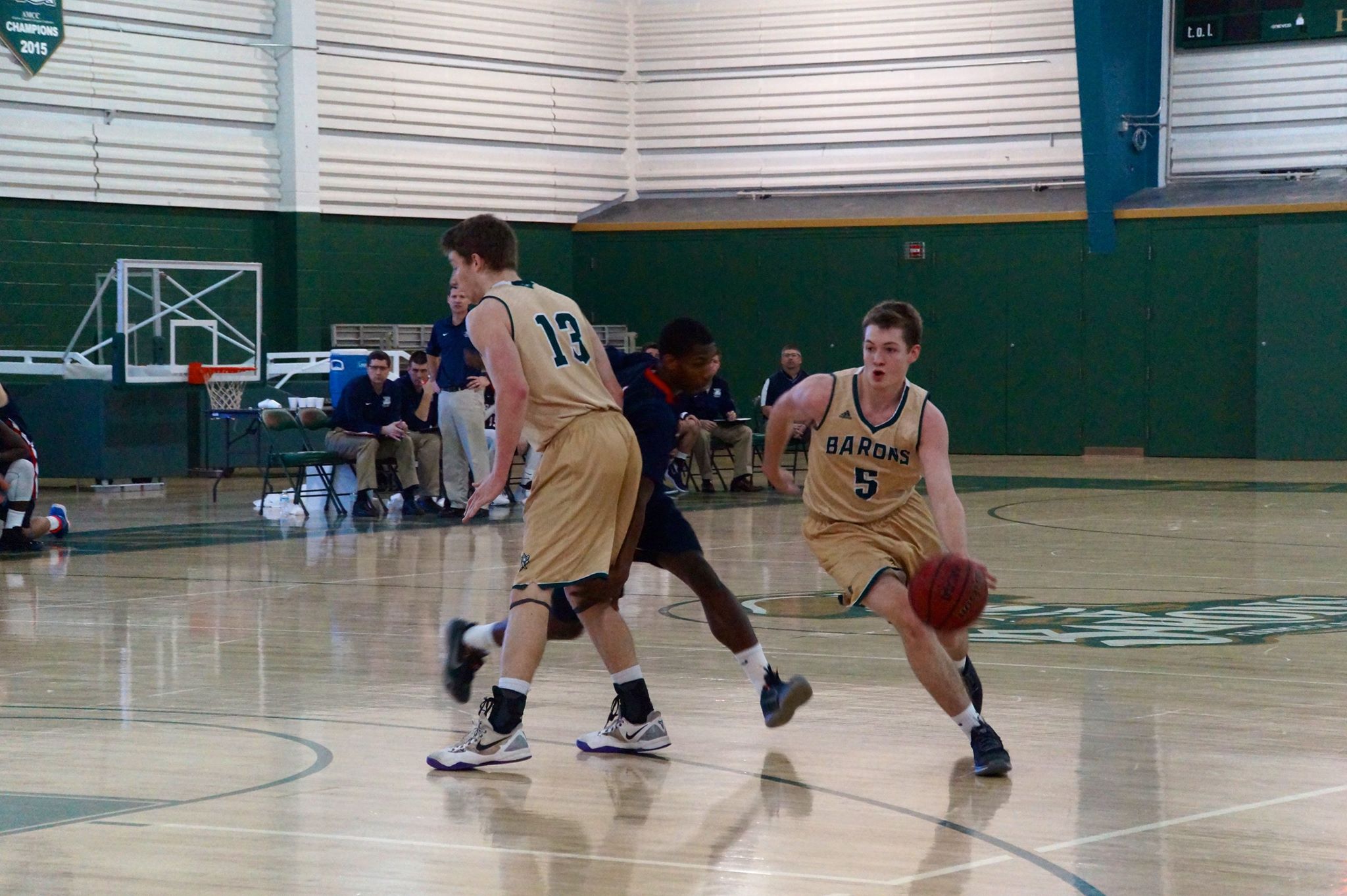 The 23-ranked Penn St.-Behrend Lions men’s basketball team proved too much for the Franciscan University Barons in an 85-48 loss Saturday afternoon.

This was the Barons’ eighth home loss of the season.

After initial technical difficulties involving the shot clock were resolved, the Lions quickly built a double digit lead at just the 14:43 mark of the first half. It was a lead the Barons could never overcome, despite solid play from senior guard Christian Duke, whose 12 points raises his season average to 10.1 points per game.

Sophomore guard Jonas McCaig was the next-highest scorer for the Barons, with seven points on nine attempts.

Although the Barons’ defense proved resilient under the basket, open looks at the three-point line allowed the Penn St.-Behrend Lions to shoot 51.6 percent from beyond the arc for the game, a statistic that largely contributed to the Barons’ 43-17 halftime deficit.

After a baton routine from Clarice Orteza and a performance from the Franciscan University Baronettes dance team, the Barons tightened their defense to begin the second half but could not initially generate the offense to sustain a comeback.

Of the Barons first five second-half possessions, the first two resulted in turnovers, the third in an offensive foul and the fourth in a travel, before a layup from junior guard Jacob Divens.

Franciscan did improve its shooting percentage from the first half to the second, from 30.4 to 48 percent. However, the lead that Penn St.-Behrend built during the first half proved insurmountable for the Barons, despite their 31 second-half points.

Barons’ reserves Derrick David, Garrison Holmes, and Jake Telepak entered the game with 3:20 left in the second half, before the final buzzer sounded.

The Barons have time to recover before another conference battle. They host Penn-St. Altoona Feb. 10 at 6:00 p.m.