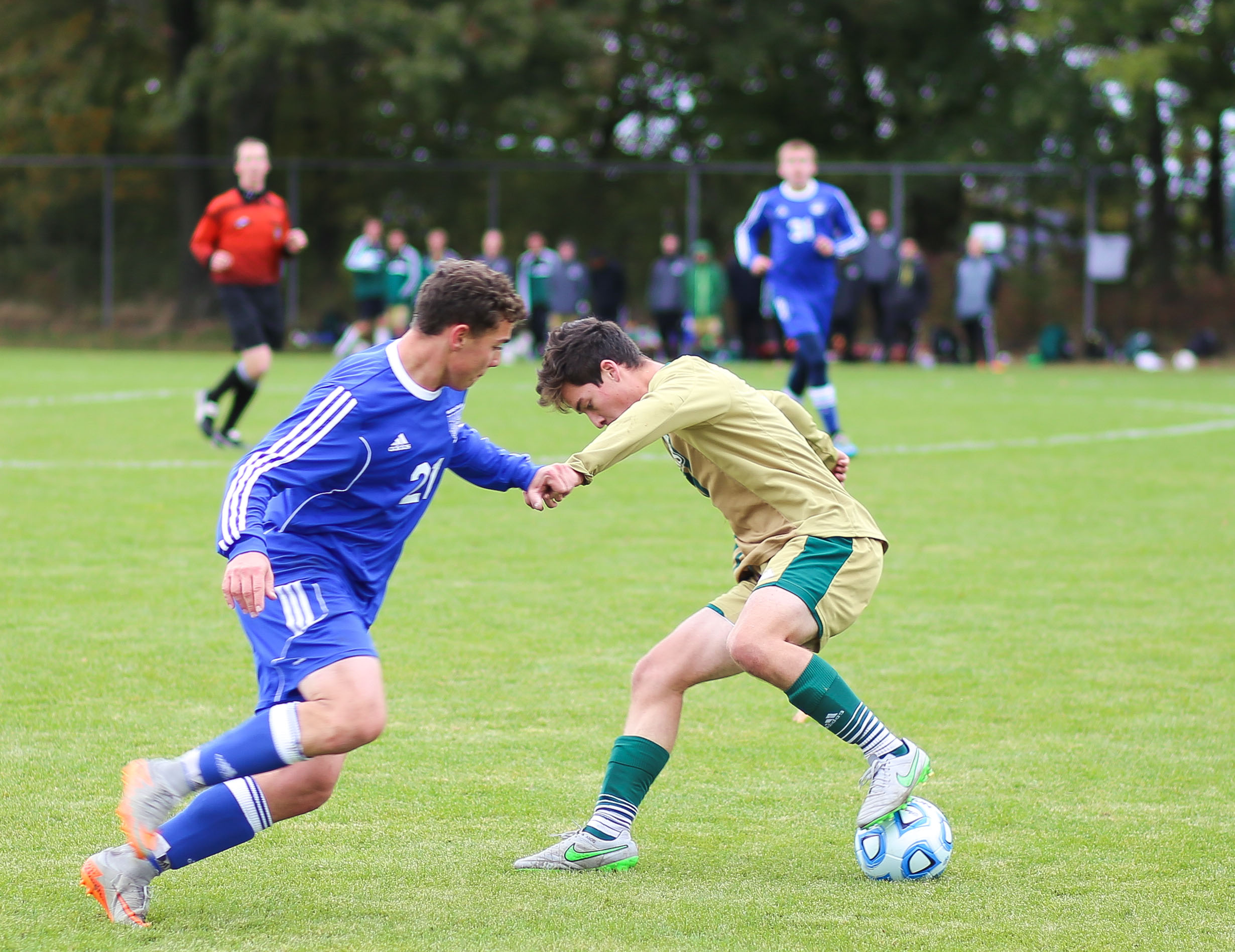 Franciscan University men’s soccer team battled its way to a 4-1 victory at home over Hilbert College on Senior Day, Oct. 17.

Possession went back and forth between the Barons and Hilbert’s Hawks early in the game, but neither side was able to secure a goal until Hilbert’s Travis Hicks scored his team’s only goal, 25 minutes into the first half.

Franciscan senior forward John Imbimbo put the Barons on the board with a penalty kick around the 35-minute mark, followed just a few minutes later by senior midfielder Dan Binette, giving Franciscan a 2-1 lead to finish out the first half.

The second half saw goals from junior forward Joe Francis, off a cross from sophomore forward Leo Herrmann, and Binette once more in the final moments of the game, also assisted by Herrmann.

“It was definitely one of the more complete games we’ve had all year,” said Rogers. “We held possession well and took advantage of our opportunities.”

Rogers congratulated the seniors on stepping up to the challenge and making this their best game this season.

The Barons will host the University of Pitt.-Greensburg on Wednesday, Oct. 21 at 2:00 p.m. in their final home game of the season.