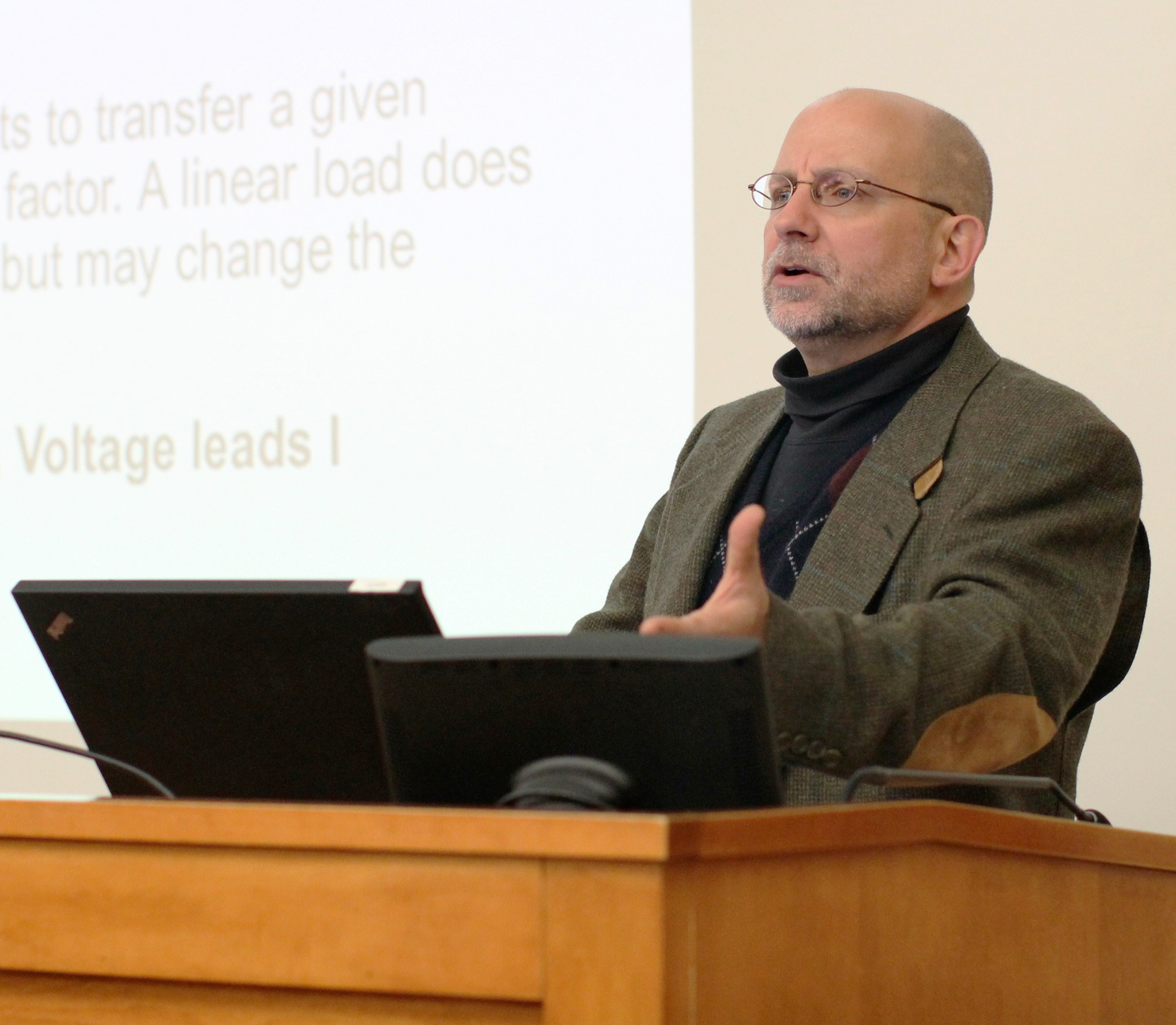 “Every single day here in Ukraine is anything but boring; it’s a struggle,” said Alexander Sich, a Franciscan University professor and Fulbright Scholar currently living in Ukraine.

Sich who is spending a year in western Ukraine on a Fulbright Teaching and Research Fellowship at the Ukrainian Catholic University (UCU) is experiencing first-hand the turmoil and transformation that the country has been undergoing.

Fluent in Ukrainian and Russian, Sich had lived in Ukraine before on two extended visits doing graduate research and professional work.

Now, after having returned to Ukraine in August 2014, Sich, his wife and five of their seven children are living at UCU in L’viv, a city in western Ukraine.

However, they have returned to a country at war.

Although Sich and his family are in L’viv, more than 500 miles away from the fighting in eastern Ukraine, they still feel the effects of the country’s turmoil.

“You sense it every single day,” Sich said with weight in his voice. “It’s in the air, it’s in the people’s conversations, it’s in the economy. You can’t get away from it.”

Sich stressed multiple times the gravity of the situation in Ukraine and dismissed notions that it is merely a conflict.

“This is a full-blown, 100 percent war that’s raging in eastern Ukraine,” he said emphatically. “And it is 110 percent Russian supported. Troops, equipment, you name it, advisers, volunteers and professional builders have invaded Ukraine, just like they invaded the Crimea last year. There’s no ifs, ands or buts about it.”

Most recently, (at the time of publication) a cease-fire was declared in Ukraine on Sunday, Feb. 15. However, Russian-backed separatists had not fully agreed to the cease-fire, thereby, compelling Ukraine to withdraw from the agreement, Sich said.

However, there is a wider picture in place than just the war between Russia and Ukraine, Sich said. He said Russia’s aggression against Ukraine is interconnected with numerous international issues.

Sich said Russian President Vladimir Putin is bent on restoring the power Russia had as the Soviet Union and re-changing the world’s approach to international relations.

Also, the current discussion of sending U.S. defensive arms to the Ukraine has been met with fear due to myths that Putin would be instigated further to send Russian arms to Iran.

“It’s such a complicated web of interconnected things here,” Sich said, “for a year now there’s been speculations in the press and amongst professional people that this could spark a much, much wider configuration.”

Life in a country at war

But for those in Ukraine especially, the war is affecting everyone and everyday life.

In particular, the Ukrainian national currency is depleting in value on a daily basis, dramatically affecting a rise in prices and a decrease in pay. Sich said he sees the people are desperate.

Sich and his family are buffeted with news on the television, Internet and in local conversations about the brutality of the war.

He gave an example of his 14-year-old daughter who, a few weeks ago, broke out in tears at the dinner table because of the things she saw on the news, things that most Americans generally do not know about because of a language barrier. But the Sichs do not have that barrier since they speak the language.

“So we hear and see everything and understand everything,” Sich said. “And it affects us.”

Sich’s oldest daughter, who is taking a gap year before going to college, volunteers three times a week at a military hospital. She experiences the full brunt of war and what it means to soldiers, especially those suffering from Post-Traumatic Stress Disorder and other serious wounds.

“She’s getting a wake-up call to life, what war is like,” Sich said.

While his younger children do not fully understand what is going on, they still sense it at some level, Sich said. In their nightly prayers, the family prays for the people who have died, for the soldiers and for peace in Ukraine.

Despite their war-torn country and Soviet-ruled past, the Ukrainian people have a strong faith that plays a significant role in their lives.

For example, Sich said while cultural seasons in the U.S. are popularly defined by sports, those in Ukraine are defined by the liturgical seasons, providing a rhythm of life.

“There’s times where we literally cry in church,” Sich said, “because we see people … falling on their knees, beating their chests, swarming crucifixes and icons.”

This deep faith has had a long history, particularly in the years leading up to Ukraine’s independence from Soviet rule. Sich said he remembers that when he visited Kiev in 1990 for a political meeting, Bibles were distributed outside the building and people were fighting to get close to them.

During Soviet rule, Christians were persecuted, and Ukraine had the biggest underground church in the entire world, the Ukrainian Greek Catholic Church. Sich said it was fascinating to see how the faith withstood Soviet forces over the years since Ukraine was in the center of the former Soviet Union.

“And yet that system never managed to destroy faith to the point where here and now … there’s incredible displays of it,” Sich said.

This long struggle is now being coined a revolution and pilgrimage of dignity. The Rev. Yuriy Sakvuk, a Ukrainian priest, lectured on this revolution of dignity at Franciscan University around this time last year.

The revolution was sparked when government snipers shot civilians in Kiev on Feb. 20, 2014.

Sich explained further that the revolution was not motivated by political independence, but by a hope to restore dignity to persons.

“Here (people) know what it means to live with your dignity on a day-to-day basis denigrated,” Sich said. “This war makes it so existential, like people dying, many civilians dying. So it becomes much more real, much closer to the skin of people … what it means to be struggling for one’s dignity.”

Now the revolution has been turned into a pilgrimage, Sich said, a pilgrimage from fear to the kingdom of dignity. He noted that a true pilgrimage done well is a picking up of one’s cross.

A lesson for the U.S.

While Sich and his family feel at home in Ukraine, he said they are also thankful for the formation and opportunities that living in the United States has afforded them.

However, Sich said he thinks Americans can learn from the struggles of Ukraine.

“I wish I had it in my power to ship half the population of the States abroad for six months,” he said, “so the people could simply learn the meaning of one simple word – gratitude.”

He finds it troubling that Americans are losing this sense of gratitude and taking for granted things about which people throughout the world dream. Although the United States has seen its struggles, more recently with the economic downturn, Sich said it is nothing compared to other parts of the world.

But amid the struggles and war that Sich and his family are witnessing in Ukraine, he is still thankful to be there as he joins the country on its pilgrimage, picking up its crosses.

He said definitively, “Right now I’m not sure I would want to be any where else in the world except Ukraine.”

Sich plans to return to the U.S. with his family this July and continue teaching physics and pre-engineering at Franciscan University.