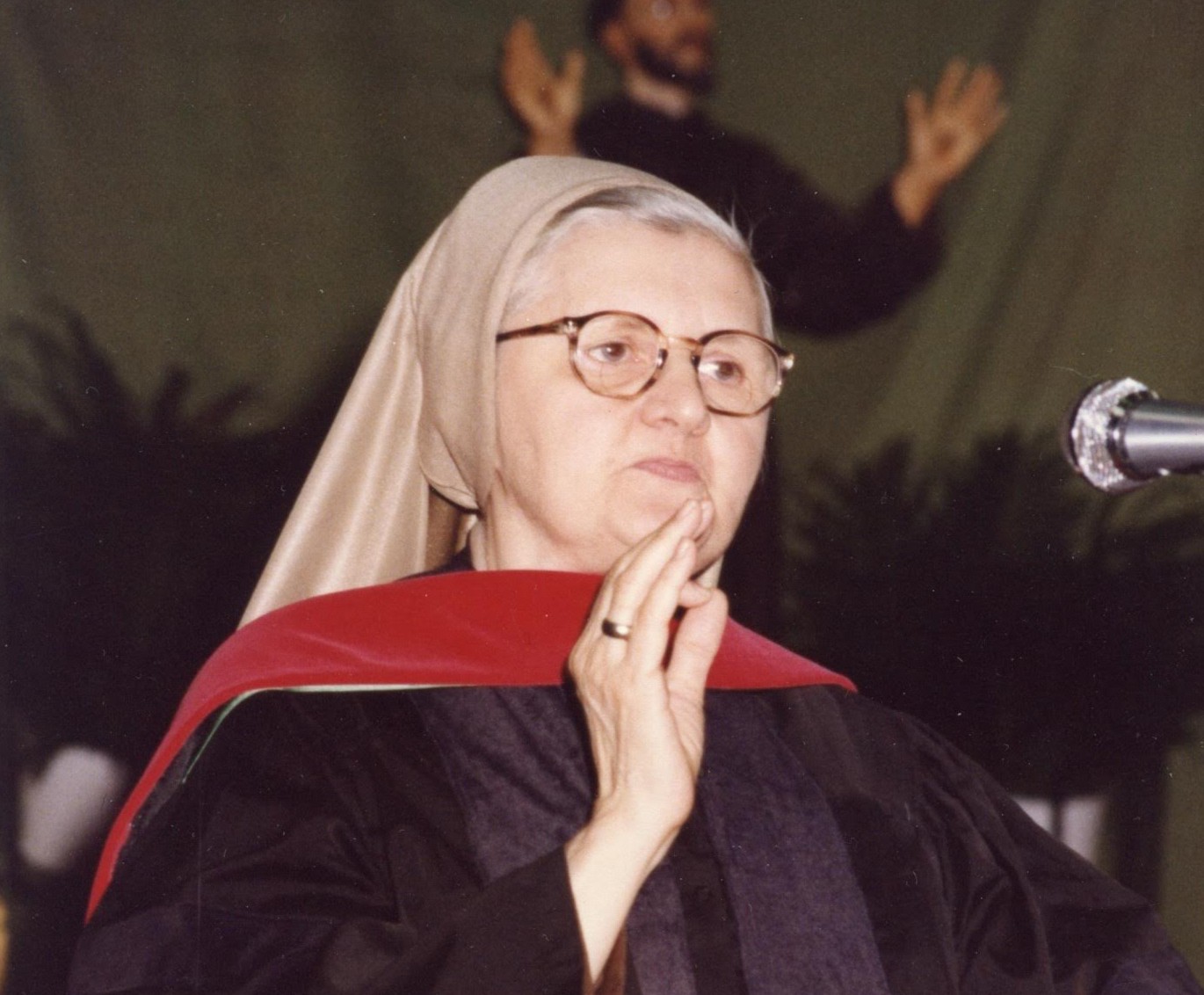 The Rev. Nathan Malavolti, TOR, said he was privileged to attend Mother Angelica’s funeral April 1 at the Shrine of the Most Blessed Sacrament in Hanceville, Alabama, as a representative for Franciscan University and its president, the Rev. Sean Sheridan, TOR.

“I recall watching Mother Angelica’s network in the 1980s when I was initially discerning my vocation to the religious priesthood,” said Malavolti.

He added, “I loved praying the rosary with one of the programs as well as watching ‘Life on the Rock’… and ‘The Journey Home.’”

On “EWTN News Nightly” on April 4, Dr. Scott Hahn referred to Mother Angelica as “the matriarch of the new evangelization.”

Hahn said, “She was a lot of fun, was very feisty, and prayerful. … You could tell in her eyes that she was really pleased with what Jesus had done. I think from heaven she’ll be praying for our behalf … for the new church and the new evangelization.”

Malavolti said, “They supported one another in various ways. Mother Angelica allowed the establishment of the program ‘Franciscan University Presents,’ which is still running strong on the airwaves over 20 years later.”

In return, said Sheridan, Mother Angelica would come to Steubenville to speak at the Franciscan Summer Conferences in the early ‘80s. She also spoke at the 1983 commencement ceremony during which she received an honorary doctorate of sacred theology.

In 1993, “Franciscan University Presents” was broadcast. The program was described by Sheridan as a “roundtable theology discussion produced by the University for EWTN.”

In an article for the National Catholic Register, Franciscan University Professor Emeritus Dr. James Coyle said, “There really wasn’t a nationwide or national presence for the Catholic Church like there had been in 1950s or radio before that. … In 1987 … was when EWTN went to 24 hours a day, seven days a week.”

Malavolti said, “To have the vision to found the first Roman Catholic satellite cable network in 1981 with limited resources and many doubtful about the likelihood of its success, and then to see that this network is daily evangelizing millions around the world through her strong leadership and indomitable faith is truly a miracle story, a testament to one who places her total trust in God being blessed in return beyond measure.”

Hahn said of Mother Angelica and “EWTN News Nightly,” “She said to me, ‘What form of suffering will I have to suffer now for Jesus?’ For the last 15 years she suffered so much, and I believe she has won so many inestimable graces, more than when she ran her programs perhaps.”

2016-04-27
Previous Post: Thanks for the memories
Next Post: Catholic Values Column: Religious and political leaders should tread carefully