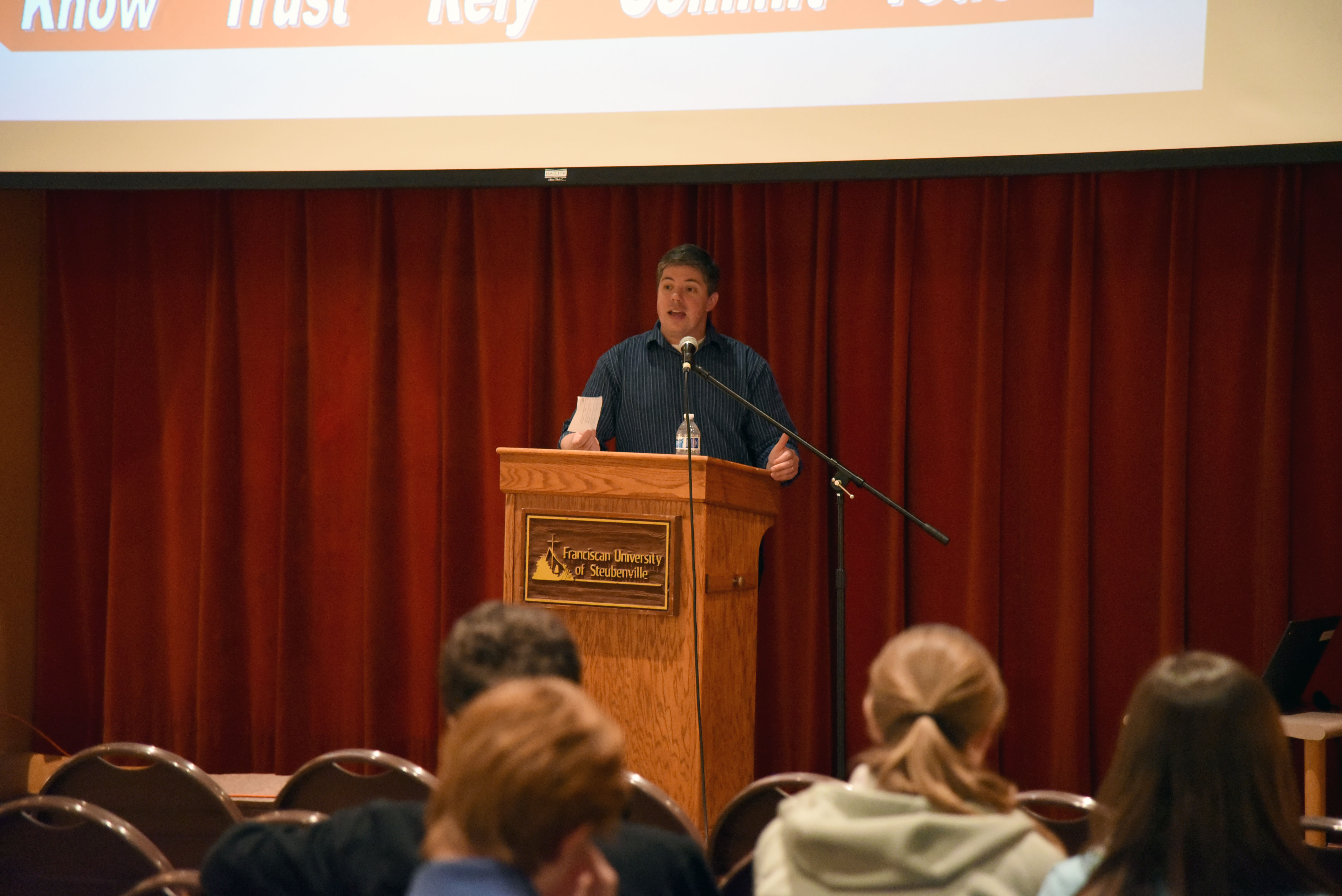 Drawing from the book “How to Avoid Falling for a Jerk” by Dr. John Van Epp and from church teaching, Burriss shared his experiences from the world of dating and his time as a graduate student at Franciscan to assist the discernment of relationships at the university.

Burriss centered his talk on Epp’s Relationship Attachment Model (R.A.M.). The R.A.M. is a set of meters that looks at levels of knowledge, trust, reliance, commitment and touch, all placed across a board in that order.

In a healthy relationship, each aspect must be lower than the aspect immediately to the left of it, said Burriss.

He said that someone who does not have his emotions in check is the jerk for whom one should avoid falling.

That jerk, said Burriss, is also someone with little insight into himself and his perception of others as well as inadequate relationship skills in general.

The R.A.M. was the most memorable theme of the talk to freshman Joseph Morrell.

Joseph Morrell said that he found the R.A.M. “very applicable to relationships,” seeing in it “great examples of different relationship types.”

Freshman Martin Jernberg saw much of the same, saying that in the R.A.M., the “key thing is to know more” about the other person in the relationship.

Burriss said that he believes that it is a myth that being in a relationship for just three to four months is a sign of a calling to marriage.

Burriss debunked other dating stereotypes on the basis of them discerning using faith alone or reason alone (citing Pope St. John Paul II’s “Fides et Ratio”), such as God preordaining soulmates, saying that this belief is Calvinistic and, therefore, heresy and superstition.

A fruitful Q-and-A discussion followed the talk. Topics included how to initiate dating relationships as well as deciding whether or not to continue pursuing a relationship and handling rejection.

Burriss said that the best way to start a relationship is to just ask and if the person says “no,” do not be afraid to move on and ask other people since there are “plenty of fish in the sea.”

Junior Troy Donovan said that he liked the mixed gender environment of the discussion during which “input from both genders complemented each other.”