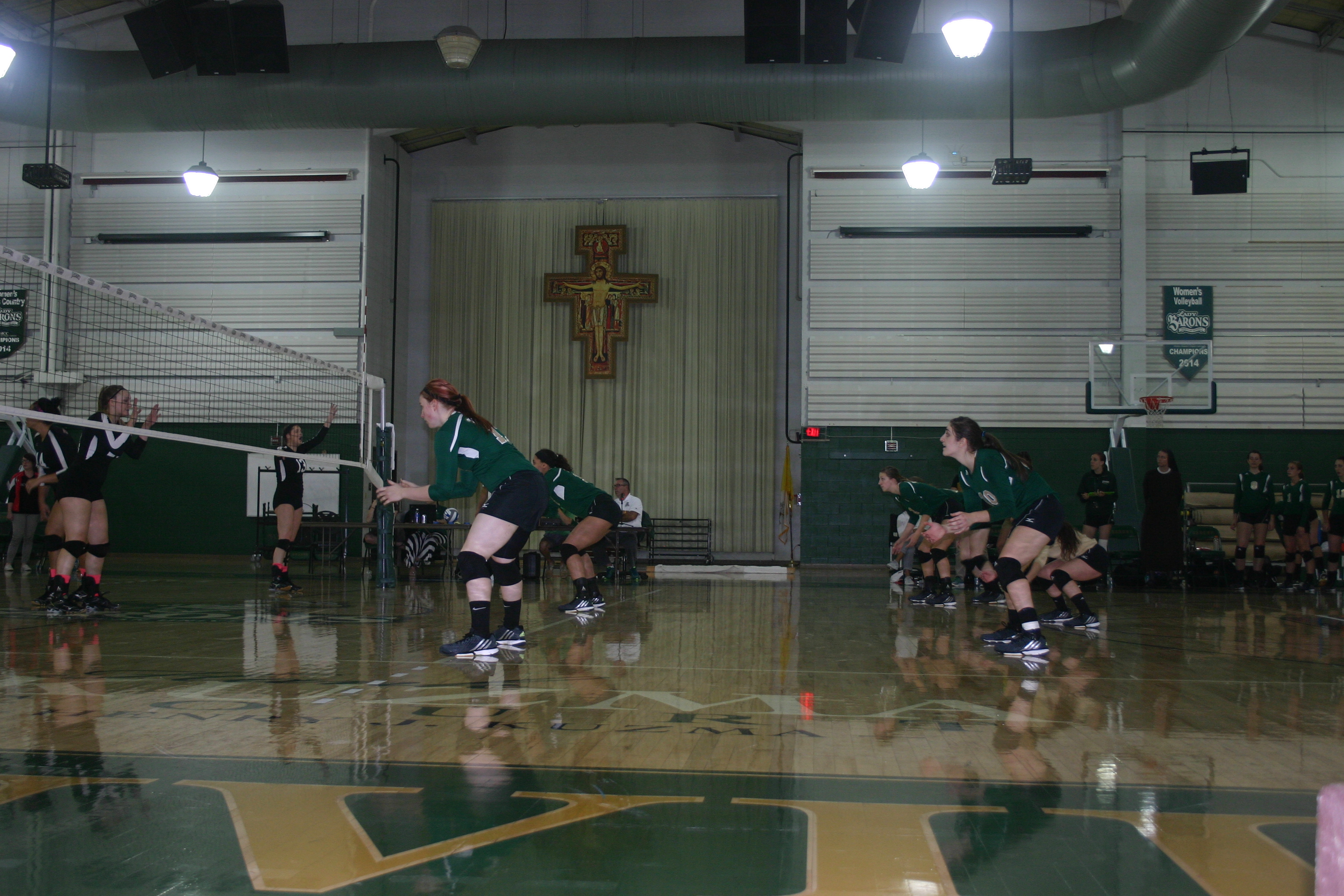 Freshmen defensive specialist Callahan Hickey got her chance to start after playing well in the previous game.

Head Coach Kelly Herrmann said, “She did struggle a little early and she just needed to calm down a little bit. I really love it when players are excited to be on the court and just dying for their chance, and that’s how Callahan is all the time.”

Several players had been sick or injured recently, but the team was finally at full strength for the first time in a long time. It started off well for the Lady Barons as they took advantage of the La Roche Lady Redhawks’ hitting errors in the first set. In a turn of events, the Lady Redhawks won the second set, but Franciscan came back strong in the third set. Sophomore right-side hitter Bella Wedig had two service aces late in the third set, helping to win 25-21.

La Roche was a strong competitor, but the Lady Barons continued to play strongly, sticking it out and winning the fourth set.

Herrmann said, “Playing La Roche is always a tough match. I felt like the match was a pretty well-played match by both teams. I think we got a little lucky here and there. When you play a team as fired up as La Roche, you have to match that intensity and spirit. You have to play well against them.”

The Lady Barons will have a bit of a break from conference competition as their next two games are nonconference. Franciscan’s next game will be Oct. 14 at 7 p.m. when the team hosts The College of Wooster.