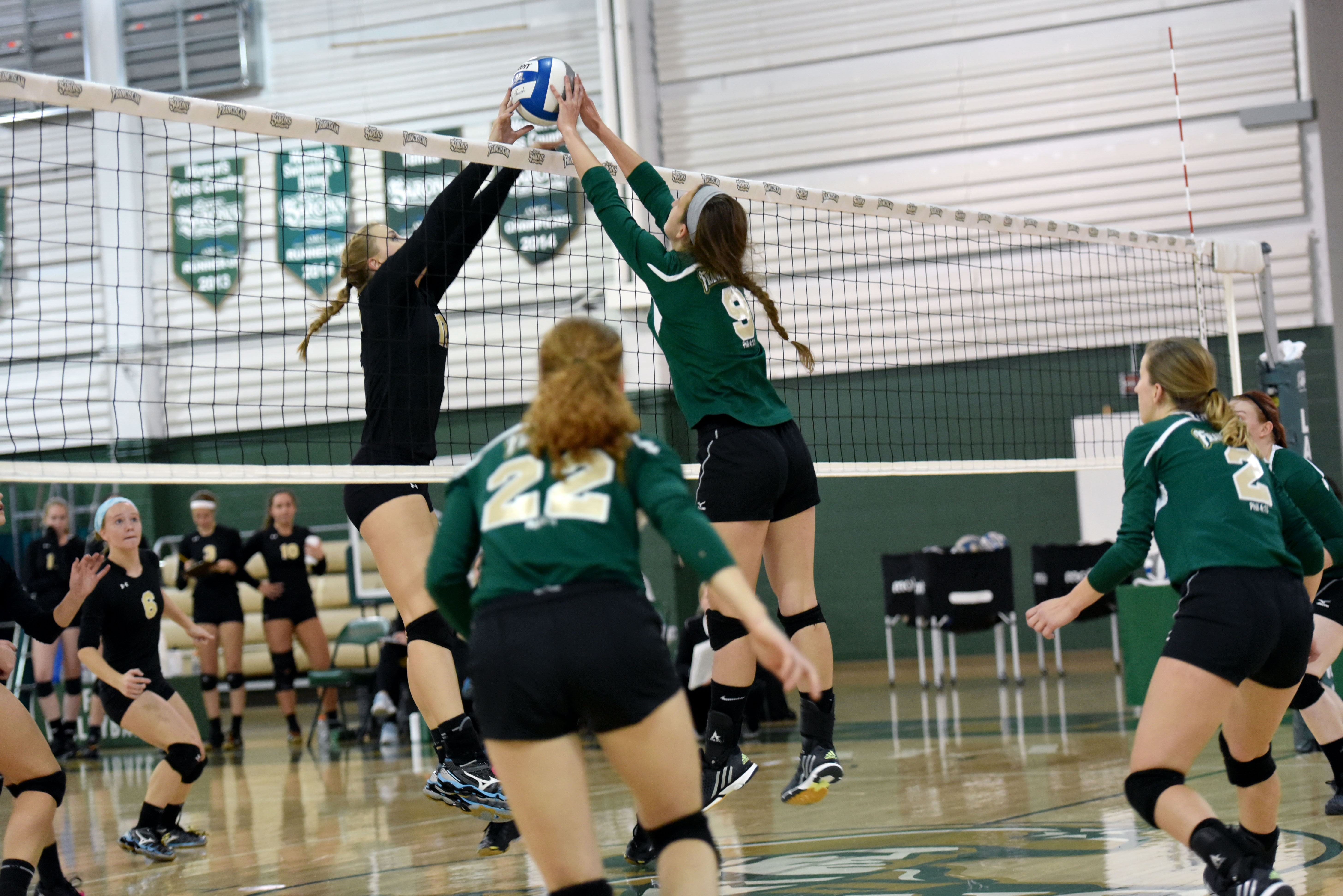 Head Coach Kelly Herrmann said, “It was a real team victory. To step off the court after an intense victory like this, the girls can feel the pride and the joy of persevering through the tough moments. That just makes me really happy for them.”

The Lady Barons had gone up against Wooster in the first game of the season and lost 25-5 in the very first set, but this time they brought their best game and got out to an early lead, forcing Wooster to try and catch up.

Freshman defensive specialist Callahan Hickey has continually played well throughout the season, and she earned her second start of the season in the match against Wooster. Hickey finished the game with seven digs.

Hermann said, “I could not be happier with her defense in the back row.”

Another player who had a good game was sophomore Bella Wedig, who finished with nine kills.

“Bella hit extremely well and she set well late in the match when she had to,” said Herrmann. “That’s not her strength. That’s something she’s worked on, so that was really good.”

Other players who led the team were senior libero Samantha Kelly, who finished with 28 digs; freshman setter Becca Haven with 22 assists; and senior outside hitter Dani Link with 16 kills.

Franciscan did especially well in the fourth and fifth sets, securing the win in the fifth set with a hard won 15-12 victory.

Herrmann said, “Overall I just was very proud of their fight and their focus, especially something that fourth game and then to come out in the fifth game and take control of that game.”

The Lady Barons’ last home game and senior night will be Saturday, Oct. 24, at 2 p.m. against the University of Pitt.-Bradford.