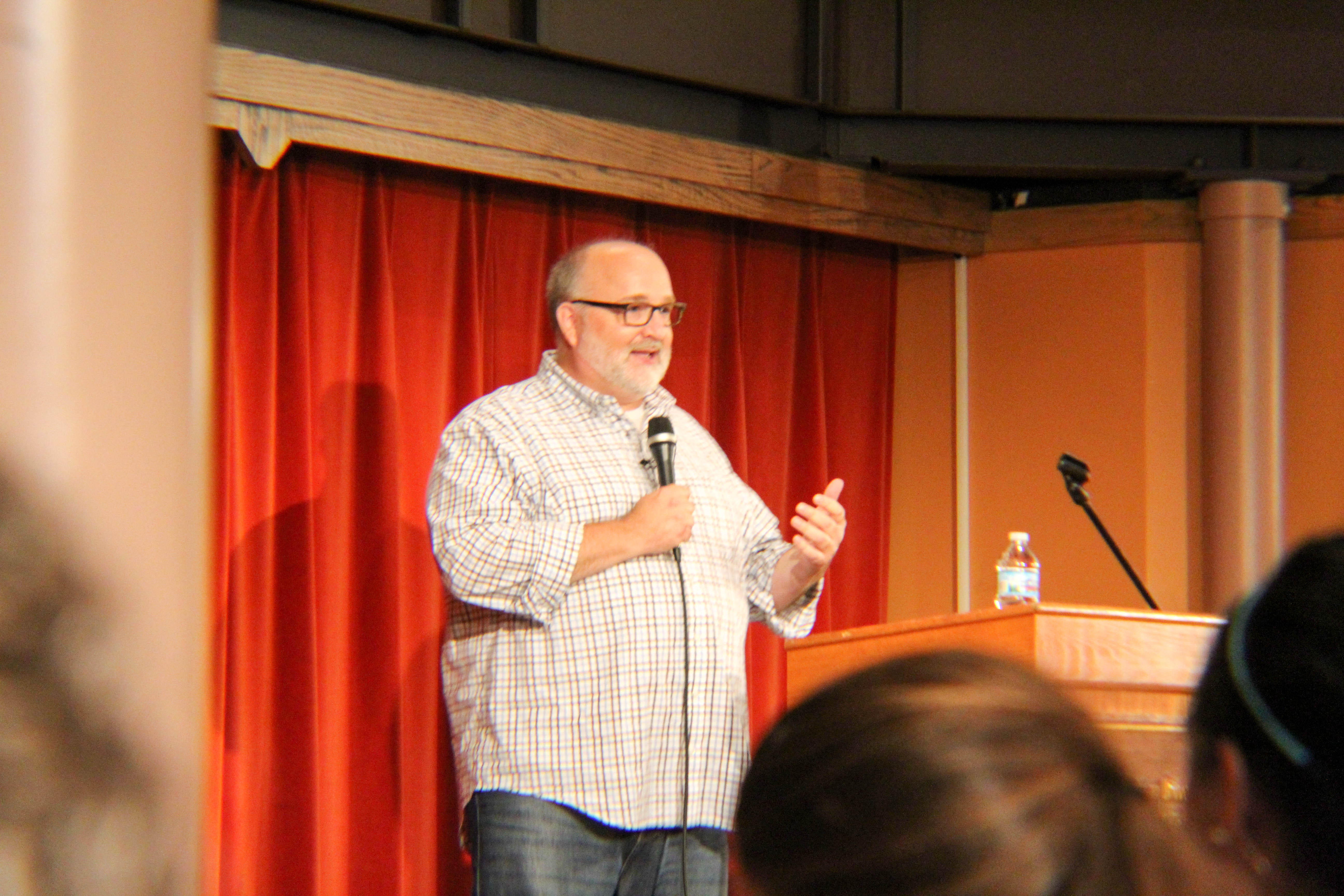 On Tuesday night, dynamic speaker and author of “Why I Don’t Call Myself Gay,” Daniel Mattson, drew crowds to the Gentile Gallery at 7:00 p.m. The talk, entitled the same as Mattson’s book, was the last in the Gift of Human Sexuality symposium for the month of September.

Mattson brought a beautiful witness to the large audience of Franciscan students, one that spoke of the depths of sin and spiritual death, but also redemptively of conversion and Christ’s Love.

Baptized a Catholic, Daniel found himself drawn away from the Catholic Church as he grew up among Protestant parents. However, when he began to encounter these attractions towards men, he clung to the well-known Bible passage of Jeremiah: “‘For I know the plans I have for you’, says the Lord, ‘plans to prosper you and not to harm you, plans to give you hope and a future.’”

Growing up, Mattson’s love for music bloomed and he eventually became an accomplished trombone player. He admitted that during this time of personal success, he “found himself increasingly lonely” and still attracted to men. He attempted to pour his all of his energy into music in hopes of finding satisfaction and validation.

Amidst his struggle with homosexuality, Mattson admitted that he tried to fulfill his inner void with pornography and music. This was pointing entirely to something larger: a deep intimacy with a man, one that no human man could satiate and satisfy except Christ Himself.

Until he came back to Christ 30 years later in the sacrament of Confession, Mattson lived consciously in unchaste, same-sex relationships whilst desperately searching for peace in his torment. In 2009, Mattson came home to the Catholic Church and now lives his life in an utmost way of redemption, chastity, and true fulfillment.

Mattson emphasized that he was called out of his comfort zone by God to give this transformative witness in hopes that students and children of God everywhere recognize their first vocation to pure love and holiness. He did not call himself gay because, as Mattson reiterated, to do so is to “cause division” and to deviate from his “true identity” as a son of God.

Junior Joe Young said that he loved how Mattson was a “witness, not an individual speaking about the [mere] theology behind same-sex attraction”. He also loved that Mattson illustrated this objective “truth in his own life,” and that it is applicable to all.

Freshmen Hope Mercugliano and Brendan Gormley also loved the “witness” style of a talk. Mercugliano enjoyed listening to someone who had firsthand experience and “who knows how to face it” in our world. Similarly, Gormley appreciated a firsthand encounter and also valued Mattson’s “return to Christ’s Love and His Church”.