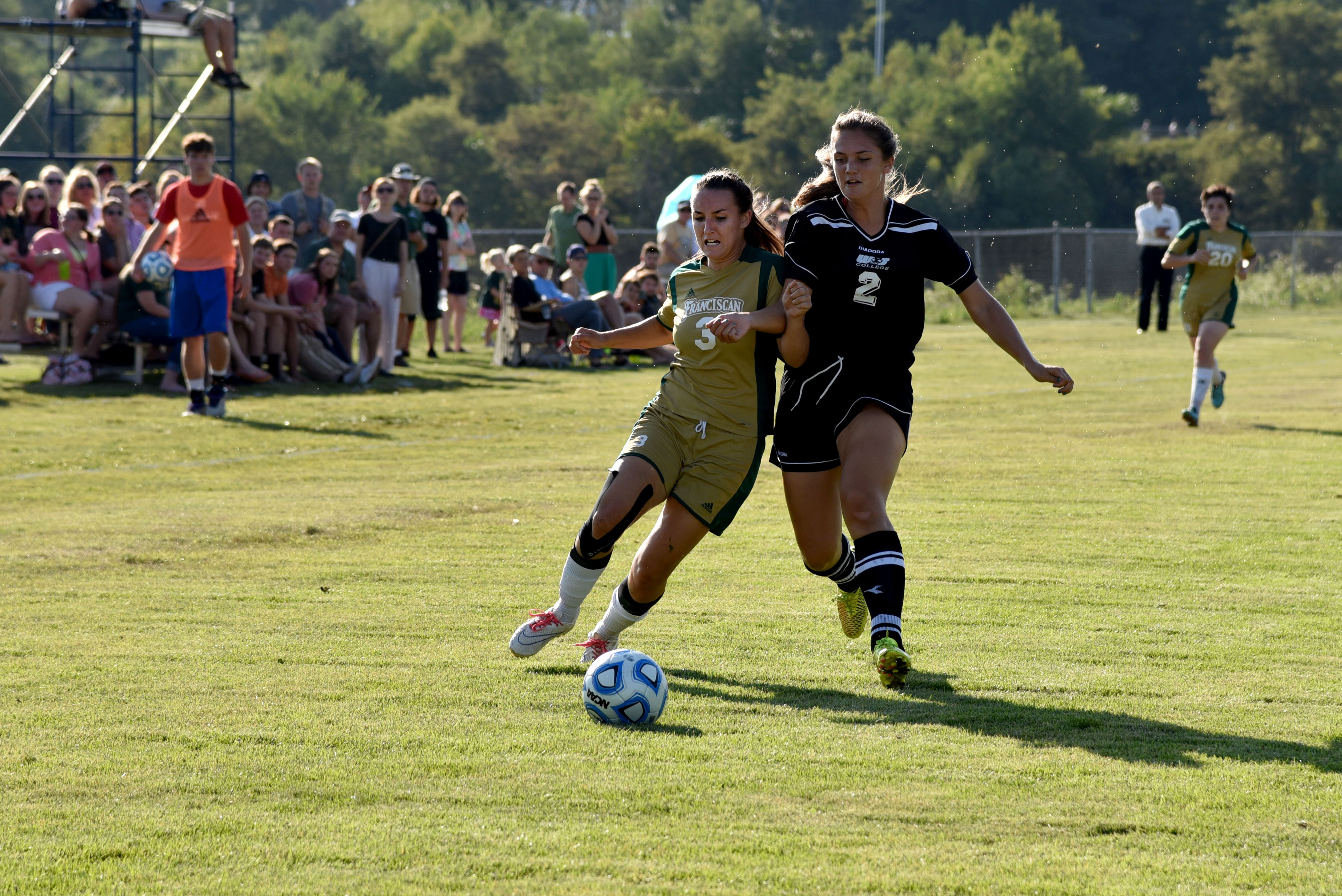 It was the third game of the season for the Lady Barons, who posed a definite threat to their opponents in what turned out to be a very close game.

Determination was etched clearly on the flushed faces of the Lady Barons, who played with ferocity and without reserve on their home turf. With a number of saves, passes and attempts at the net, the women’s soccer team has reason to be proud of Friday evening’s game.

“I would have liked us to have finished some of those opportunities on net,” said Head Coach Clare McBane, “but it’s definitely not a hopeless situation, definitely a lot of opportunities for growth and a lot of potential that we saw here on the field.”

Regarding the outcome, McBane notes that while there is certainly room for improvement, the team’s performance was indisputably good.

This season’s roster includes many brand-new players as most of the offensive side graduated last season.

“It is promising to see this buildup,” said McBane. “They are a little inexperienced, and that’s clear, but it’s looking good for the third game of the season with a lot of them being new.”

Unperturbed by the loss and looking forward to the team’s next opportunity for success, McBane is excited to see what the team will do in the future.