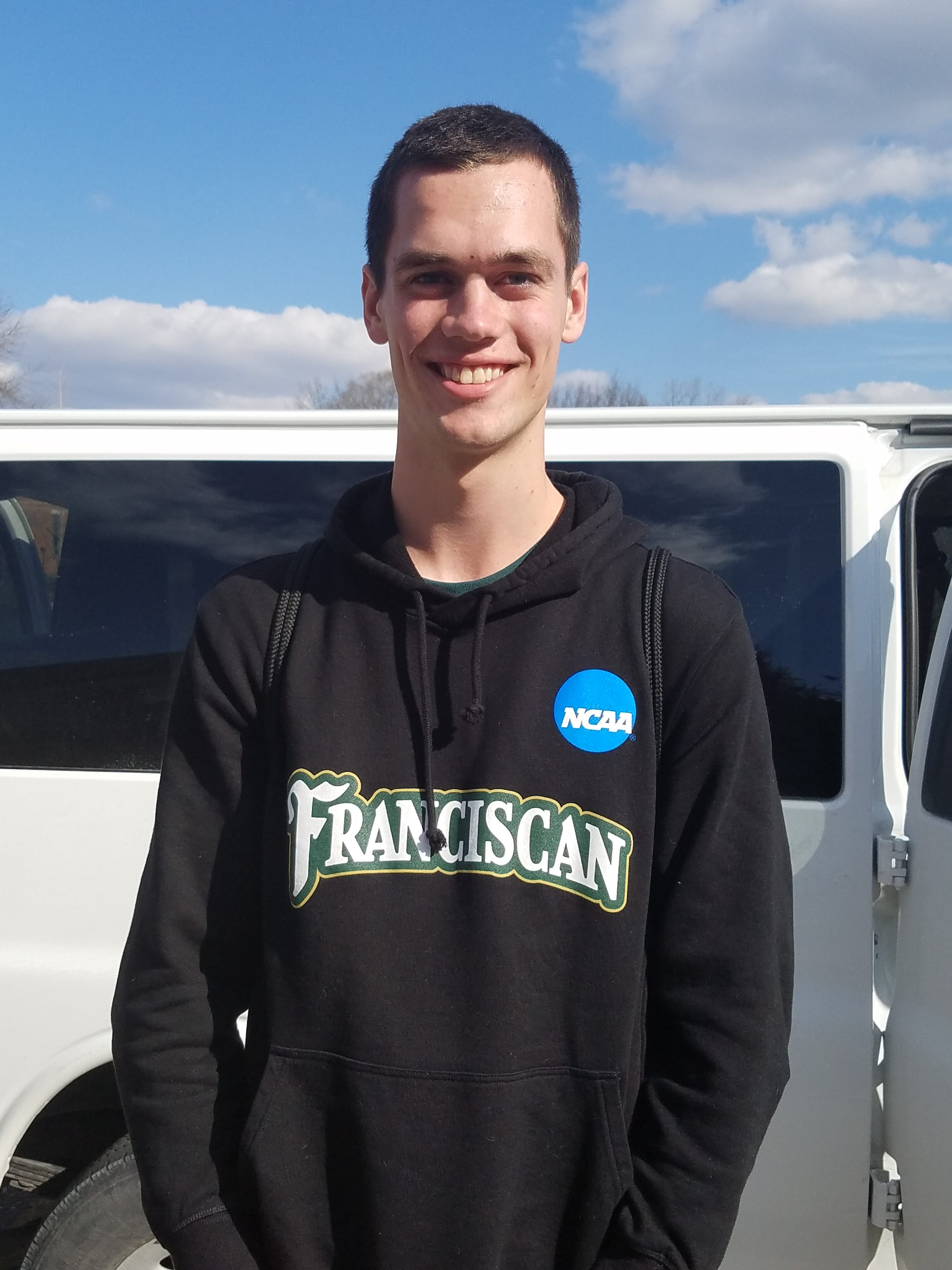 When he’s not solving the university’s technological problems behind the Information Technology Services desk in the library, freshman engineering major Stephen Bolster can be found alongside the Franciscan men’s tennis team.

Though Bolster said he received personal instruction as a youth, his tennis career truly began during his sophomore year of high school, when he made the switch from track and field. Only a club program during his time at Catholic Central High School, tennis has since become for Bolster a full-fledged NCAA Div. III opportunity.

In the spring, “I pretty much replace my social life with athletics,” Bolster said with a smile, a testament to off-court academic dedication and on-court improvement alike. He cited university coaching and the development of a mental game as two catalysts for quick athletic growth.

Bolster said he also finds joy in the team dynamic. “I just love how we all get along,” he said. The program has not seen a team this freshman-heavy since its 2014-2015 campaign, an opportunity Bolster said leaves them with “a lot of room to grow.”

Before the back end of Franciscan’s Engineering Dual-Degree Program requires him to transfer universities, Bolster said he seeks to improve both consistency and shot placement in the next two years. “Practice helps a lot with teaching me where I’m supposed to be and when,” he said.

Bolster will join the squad as it looks to again reach the top of the AMCC. And if his first season of unprecedented on-court growth is any indication, Bolster is headed squarely in the right direction.