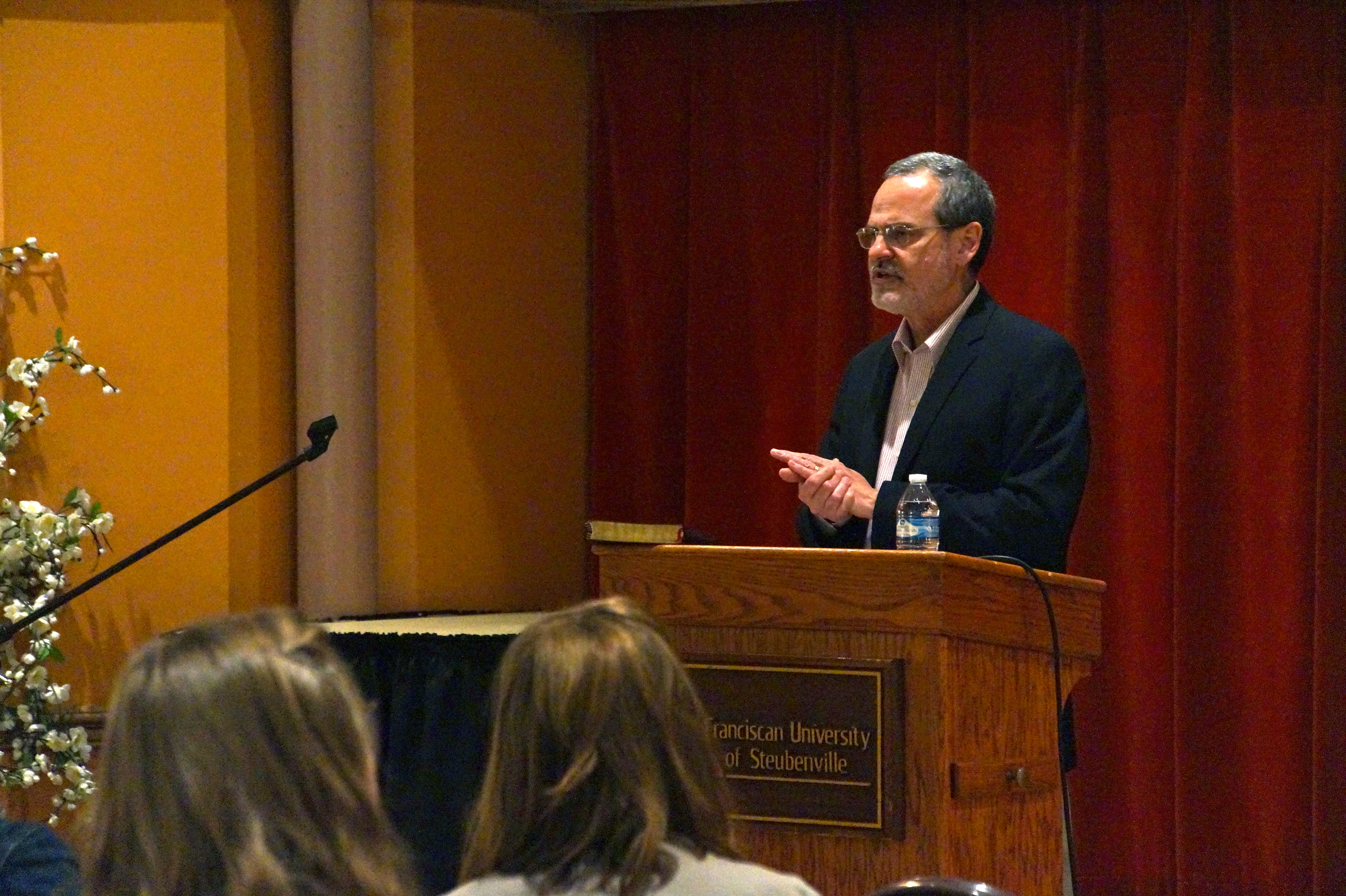 A Catholic speaker, author and radio host offered advice on overcoming anxiety in his talk “From Fear to Faith” delivered April 3 in the Gentile Gallery.

Gary Zimak shared that he struggled with anxiety as a child but eventually overcame it through a “personal and intimate relationship with Christ.”

He said, “The reason that we become discouraged is because we don’t ask for help. … My anxiety has been a great blessing because it led me to Christ.”

Zimak went on to make a distinction between fear and worry, saying that “fear is not a sin because it is an emotion. Worry is an action. … Do not be afraid to experience fear because it should motivate us to do something.”

Zimak said that the “secret of moving from fear to faith” is present in Padre Pio’s famous quote, “Pray, hope, and don’t worry!”

Zimak said, “The first thing we should do is pray, but it’s often the last thing we do.”

Regarding hope, he said, “In heaven there is no anxiety, so take the time to focus on heaven.”

Though the world says peace comes when suffering ends, “supernatural peace exists even in the midst of suffering,” said Zimak.

To finish his explication of the quote, Zimak said simply, “Don’t try so hard. Ask the Lord for help, and let the Lord do his job.”

Freshman Stephanie Heyrman said, “It’s a really good topic for the college campus, especially as the end of the year approaches.”

Senior Kelly Poehailos said that it helped her to know that Zimak had gone through anxiety as well.

“He hit certain points that you typically go through,” said Poehailos.

Joseph Scarpino, senior, said that he enjoyed Zimak’s references to Scripture as they helped to “really get a hold on peace and prayer.”

The talk inspired him “to not do it myself, but rely on the Lord as my strength,” said Scarpino.

Zimak has been featured on EWTN and travels around the country speaking about anxiety.

2016-04-11
Previous Post: New Households to be inaugurated at final household Mass
Next Post: Letter to the Editor: In defense of Dungeons and Dragons