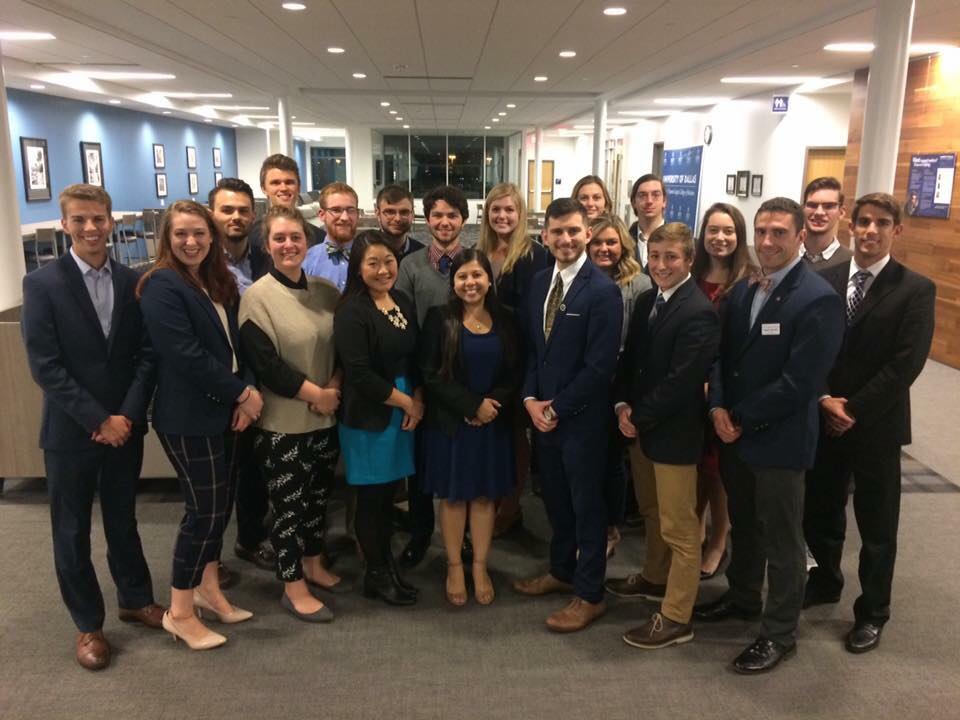 The Network was founded last year by Ave Maria University in order to bring together student governments from Catholic universities across the county for what FUSG President Samantha Martinez called a “intimate exchange of ideas.”

According to the Network’s website, six schools are currently a part of the network: Ave Maria, Benedictine College, Franciscan University, St. Gregory’s College, University of Dallas and the University of Mary. Martinez said that a seventh school, Belmont Abbey College, was added to the group during the fall conference.

In order to be admitted to the Network, schools must have a functioning student government and be on the Newman Guide. Martinez said the reason for the latter requirement was to make sure that the schools would be able to support each other.

“It’s important for everyone in the Network to have similar ideals and mindsets, and the Newman Guide is a good way to do that,” Martinez said.

She said that last year’s FUSG administration was approached by the Network to see if they were interested in being involved, but the invitation was declined. However, while Martinez and FUSG Vice President Gabe Gessler were looking for ways to enhance their program, they came across the Network and decided to look into it.

After being approved for membership, Martinez and Gessler wasted no time in getting involved and attended the Network’s fall conference, held Oct. 27-29 at the University of Dallas, an experience both were grateful for.

During the conference, Martinez and Gessler attended several seminars and workshops where they collaborated with the other college and universities on ways each school can improve their programs.

“We went from the nitty-gritty details about how each school’s student government functions to the overarching similarity of how we are supposed to act as leaders,” said Gessler.

“It helped us realize that yes, we are all different universities, but we all have the one universal goal of getting to heaven.”

Gessler found that the most productive moments of the conference came from the casual conversations that were had in between different presentations and during meals.

“We learned so much from the phenomenal interactions we had, and we are definitely planning on implementing some big changes into our program in the near future,” he said.

One of the main takeaways for Martinez was that the leaders attending the conference realized how important it is to reach those students who seem to have a misguided understanding of what student government does.

“(Student) leadership can often be viewed negatively, and we found solidarity in that we all have people on our campuses who don’t fully understand student government and its mission,” said Martinez, adding that, “There was a genuine desire from everyone at the conference to serve those and all students better.”

Martinez added that one of the talks given covered the subject of internal motivation for leaders, which especially hit home with her.

“We are here to serve the students, and I want people to be able to do that on their own initiative, not begrudgingly,” said Martinez. “(FUSG) is not just a job, it’s not just checking off a list – it’s something we are doing to improve the student body and the university.”

Martinez and Gessler have every intention of continuing FUSG’s involvement with the Network, which Gessler said will be done primarily through the conferences and occasional conference calls.