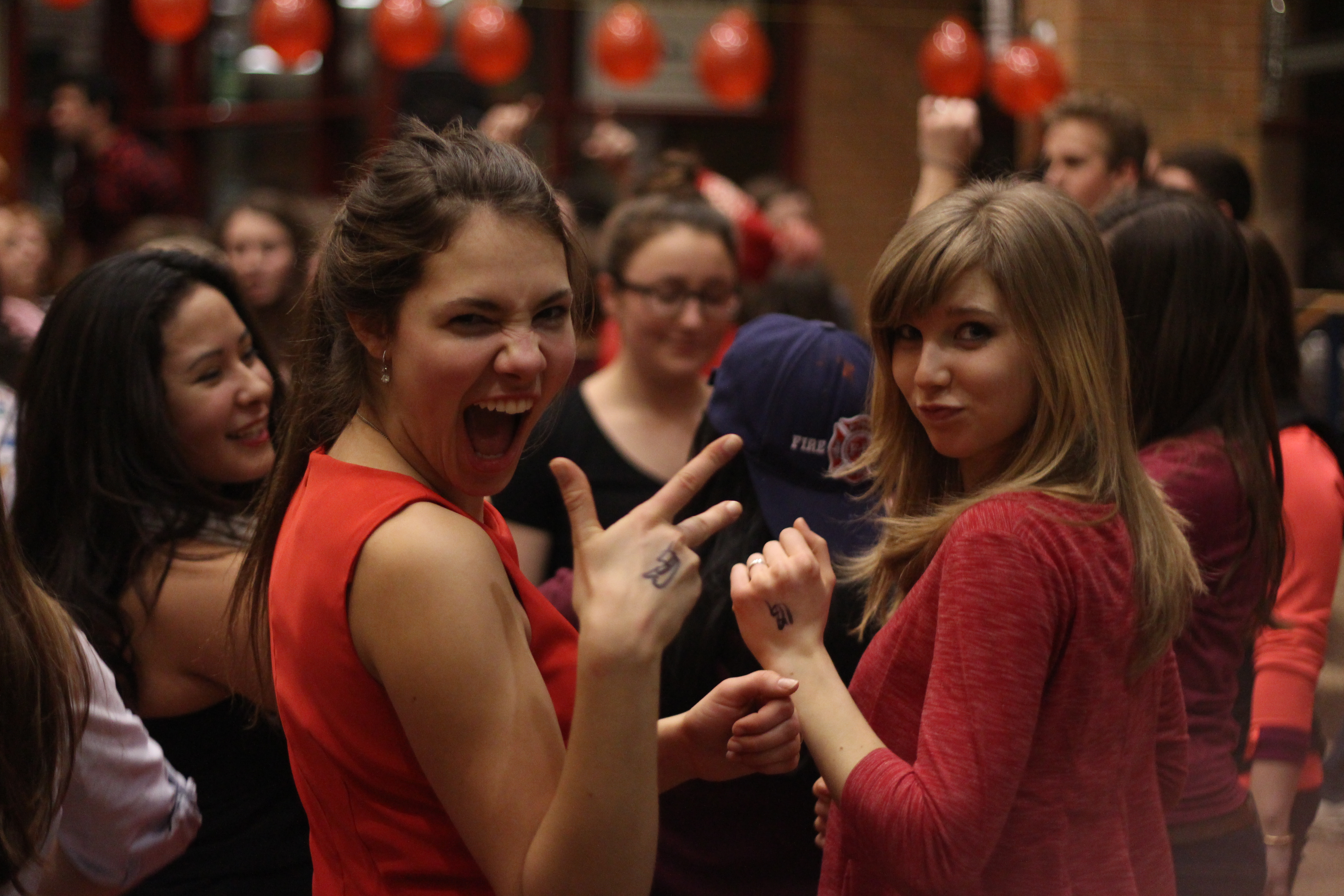 Red balloons, streamers and guests dressed in red filled Franciscan University’s J.C. Williams atrium for the Guard Your Hearts dance hosted by Guardians of the Divine Will on Valentine’s Day.

The dance began at 10 p.m. so that people celebrating Valentine’s Day earlier in the evening could have time to attend.

As a part of advertisement, they created a Facebook page where they uploaded a video set to various popular songs and featuring different members of the household. They also planned to wear red in the day leading up to the dance.

The dance was a success, with a large number of guests attending. However, a headcount was not yet available.

The Guardians household is located on the second floor of Trinity Hall. Its three pillars are purity, consecration and mission.

“One thing that we really drive for with purity is none of the songs that we’re going to play are going to have any explicit lyrics,” said Chaverini. “Make it clean, fun, with an emphasis on the pure, but still have good dance music. . . . We look up the lyrics for every song we’re choosing just to make sure there’s nothing bad.”

Guardians of the Divine Will has had dances in previous years, including an American-themed dance and a “Guardians’ Party” that also featured a coffeehouse.