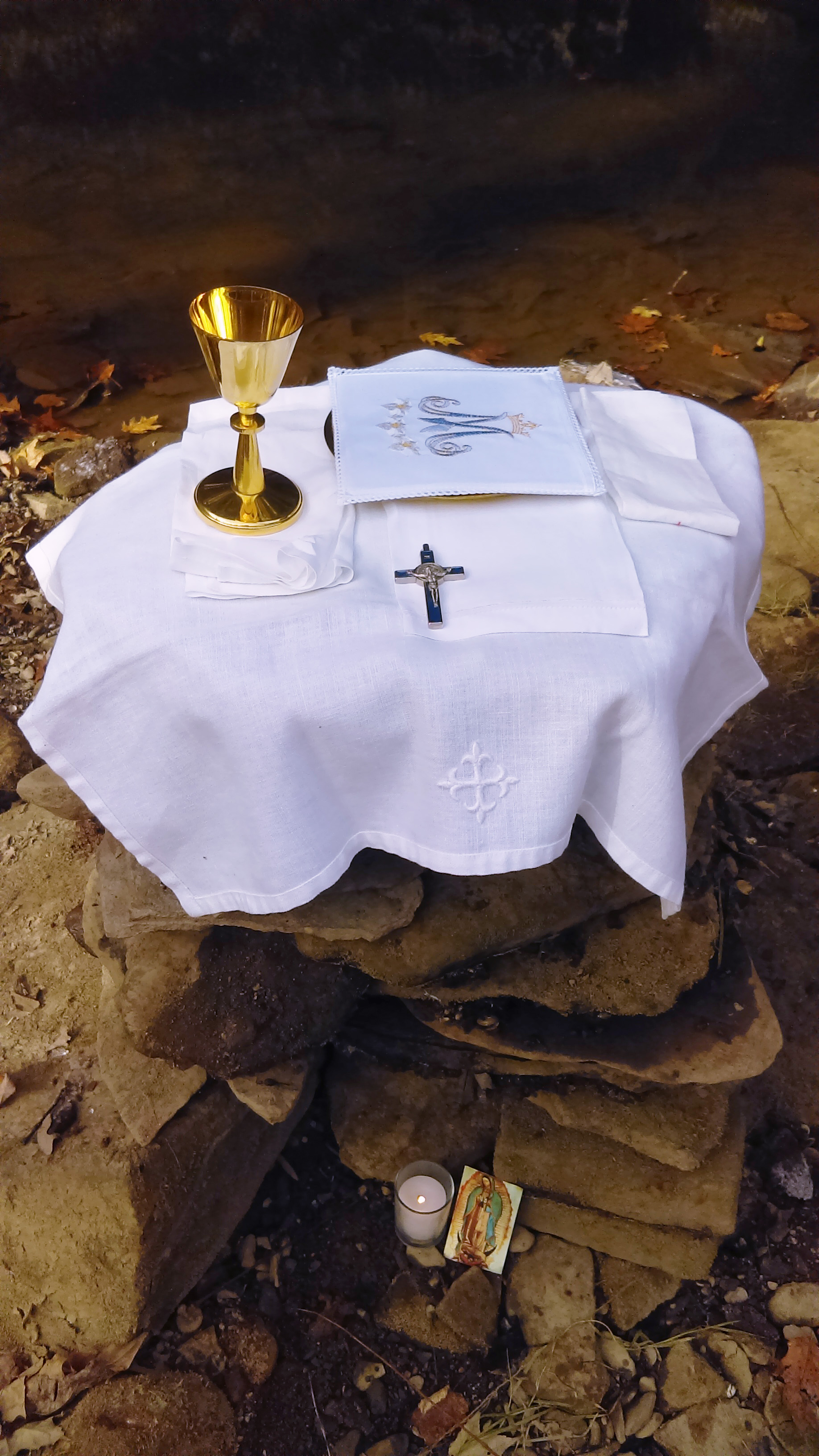 Sixteen students and one friar gathered to combat the freezing temperatures in a hike at Tomlinson Run state park’s trails on Nov. 11 at 9:00 a.m.

Sponsored by the Outdoors Club, the hike was in honor of Blessed Pier Giorgio Frassati, who was an avid outdoorsman. Four cars left the university around 9:20 a.m., and after arriving at the park around 10 a.m., the group selected a trail. Students had the opportunity to meet new friends and also talk with the Rev. Rick Martignetti, OFM, who joined the hike and later celebrated Mass.

After about an hour and a half of hiking, the group found a spot by the creek to set up for Mass, constructing an altar from stones and laughing over making seats for themselves out of tree branches and stones.

In his homily, Martignetti emphasized why “you need tree time” by sharing a story of a time he had been out in nature and ended up collecting a large amount of trash instead of enjoying the hike.

“Stop looking down at the garbage and look up at the beauty,” was Martignetti’s advice. “There’s a time to help people to shed their garbage, and there’s a time to consider beauty. If we’re too focused on what’s wrong, we miss what’s right.”

Just as Christ comes to us in the dirtiness of our world, so we are called to meet others there, said Martignetti. He shared that things learned from time on the mountain aren’t meant to stay there.

“Maybe it’s easier out here to see the beauty around us,” Martignetti said. “Let this carry on when we go back. Let’s never forget to look up, look side by side to the people around us and see the beauty in them. The key to sanctity is … celebrating Christ’s presence among us.”

After a bit of exploring around the creek area, the students hiked back to the start of their journey. After concluding with a prayer, they returned to campus, energized by the encounter with nature. Each gleaned something unique from the experience.

“It was an out of this world experience, and Mass was beautiful,” freshman Drane Perpepaj said.

“Being able to hike with a priest, that’s not something you do every day,” said sophomore Christiana Lee. “Just the beauty of being able to go and have Mass out in nature with friends in such a small community felt like JP II talked about and what Pier Giorgio would do, and it felt like we’re doing what the saints would do.”