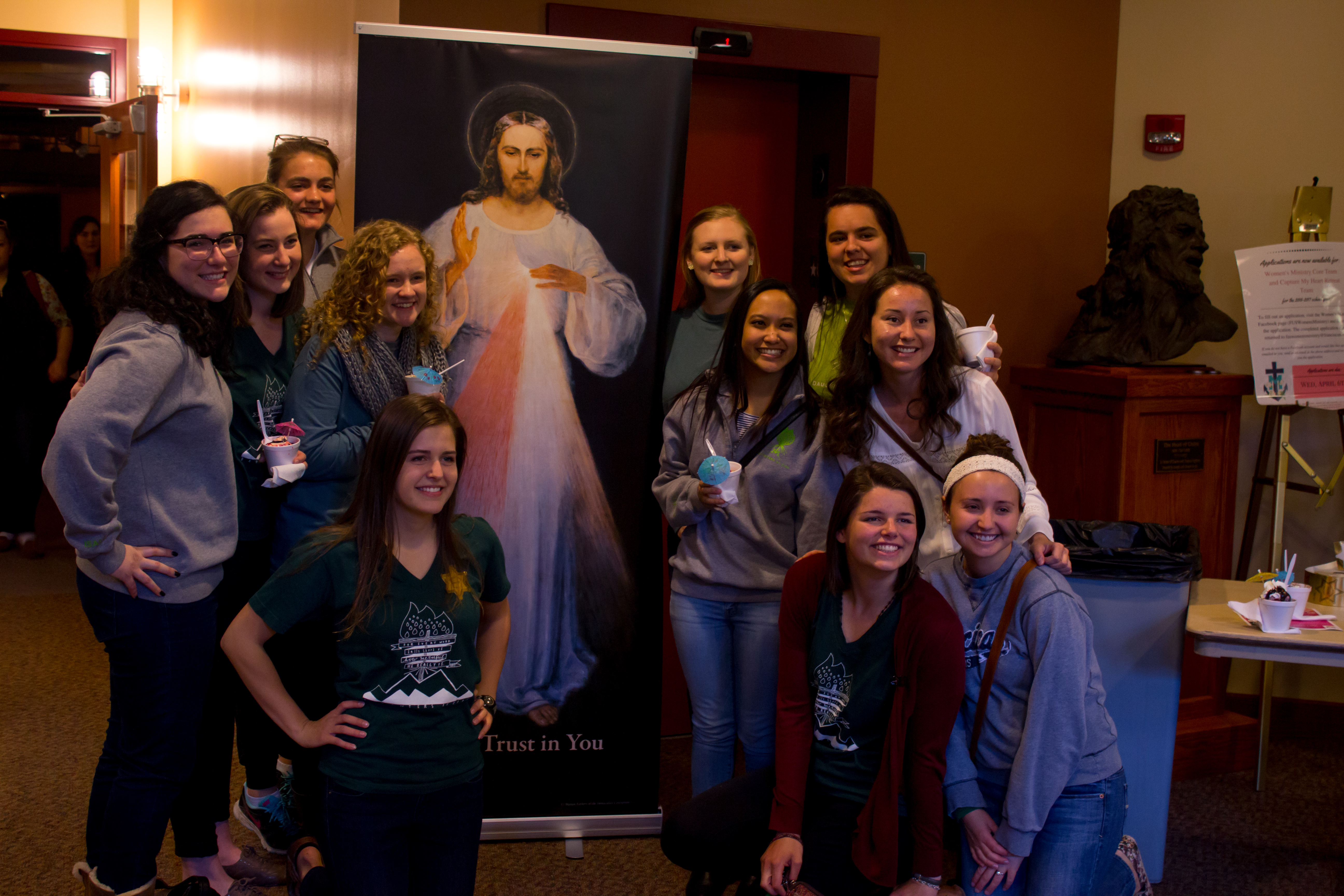 Many people gathered to enjoy free ice cream as well as to view the documentary titled “The Original Image of Divine Mercy: The Untold Story of the Unknown Masterpiece,” which was shown in the Gentile Gallery.

Shelby Hecker, a senior nursing major and member of Daughters of Divine Mercy household, said the household’s wish for people who came to watch the documentary was that they would have “a greater appreciation for the image and for all of the mercy that God wishes to spread upon all those who venerate it.”

According to the documentary, the Divine Mercy painting has had a long and rough history. Inspired by the visions of St. Faustina, the image was painted to be a close replica of one of the saint’s visions of Christ, stated the film.

The image was very little known aside from the town of Vilnius, where it was hung in the chapel, stated the documentary. It also said that St. Faustina encouraged the spread of devotion to the Divine Mercy but was unable to see this occur before her death.

According to the film, the Divine Mercy image spent almost 50 years being hidden and passed from one person to the next because of World War II and then the Soviet Union in Poland.

Even after the image was finally revealed and put out into the public eye, very few people outside of Poland knew about the image, explained the documentary.

According to the film, it is only since the papacy of Pope St. John Paul II has the image become more popular and reverenced throughout the Catholic world.

Pavel Federoff, a senior history major, said, “I love the analysis of the painting itself, as much as I love the history behind the painting and the heist-like aspects of some of the stories, and just the thrill of it.”