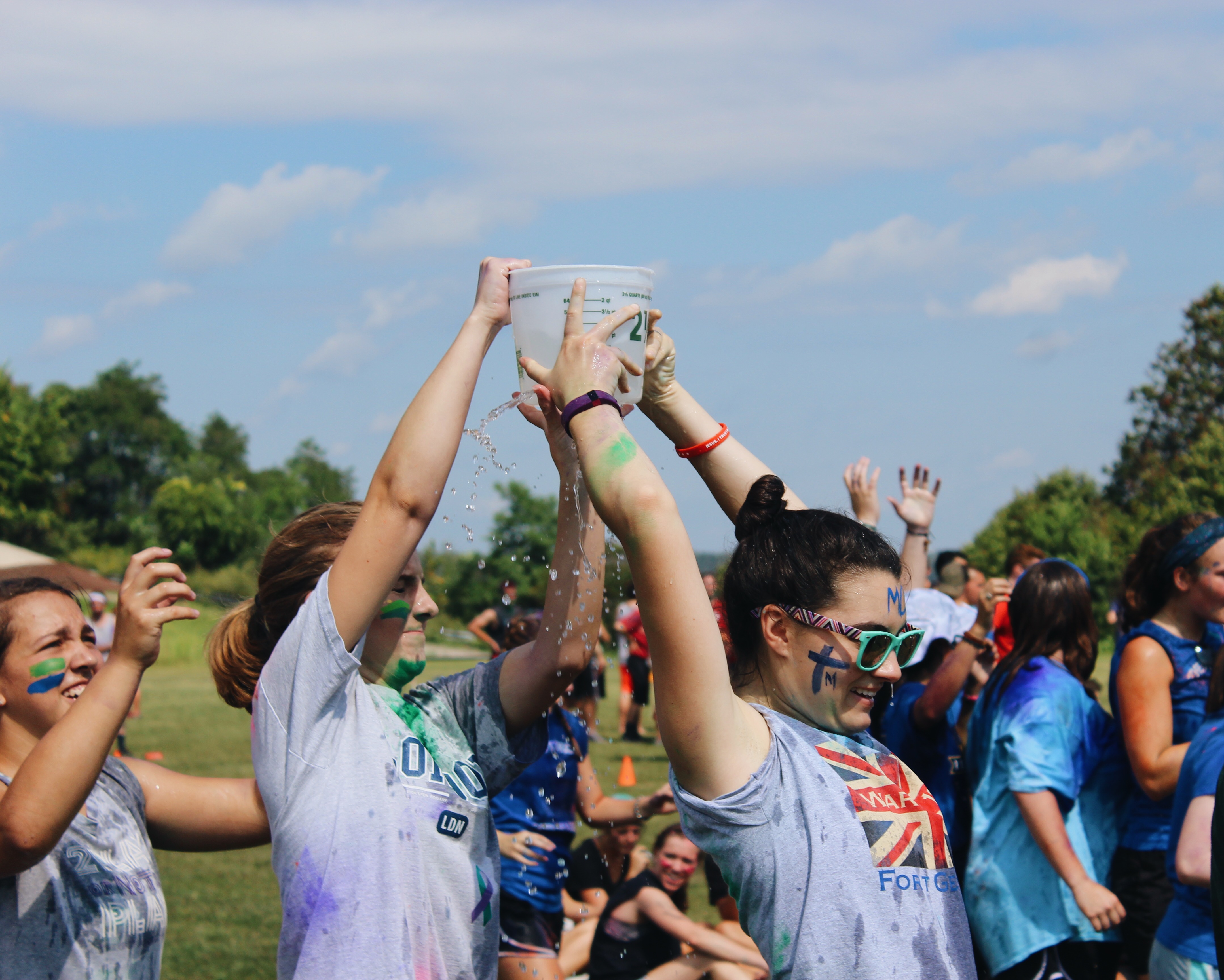 The semesterly Household Life Week kicked off the year for household commitments.

As usual, it began with the men’s and women’s household fairs, on September 7 and 8, respectively. Each of the many households on campus set up their tables in the J.C. Williams Center from 10:30 a.m. to 4 p.m. on those days to speak and interact with students interested in house-holds. Decorated with their banners, icons of their patron saints and household covenants and, in one case, a life-sized cardboard cut out of a bear, each table was characteristic of the spirit of the household it represented.

New to the household fairs this year was a complimentary nacho bar. Students were invited to enjoy nachos while they walked through the fair and spoke with members of different house-holds. “This is such a great idea,” one student commented, and this seemed to be the general consensus.

The next day, September 9, was the first of the semester’s Household Life Masses. Held in the Finnegan Fieldhouse due to the number of students present, the Mass started at 4:15 p.m. The Rev. Rick Martignetti, OFM, was the main celebrant and homilist. Martignetti is part of the three person team now directing Household Life.

In his homily, Martignetti spoke about the importance and position of households and fellowship in reminding others of their worth and the truth of who they are in the eyes of God. “God already sees us as though we were (in heaven),” he said, and he stressed the importance of remembering this truth.

The Rev. Gregory Plow, TOR, former director of households and current director of the Priestly Discernment Program, was also a celebrant at Mass. He was briefly honored by Martignetti at the end of Mass for all he has done for households in the past and all he continues to do for the university.

The progression of the household banners at the beginning of Mass was accompanied by the traditional “Banner Song,” back due to requests from the student body after its replacement last semester. The opening notes of the song were greeted by cheers from the congregation. The new banner song was sung at the end of Mass while the banners progressed out of the fieldhouse.

The final, but possibly most anticipated, event of this semester’s Household Life Week was the Household Olympics. Teams made of of household members, intents, visitors and students who just wanted to have a good time met in the intramural sports fields at 11 a.m. on Saturday morn-ing. The event started with brief announcements and instructions from Bob Lesnefsky, the new director of household life, and his assistant Madigan Maere, as well as a prayer by Martignetti.

The first competition of the day was a paint bomb war, in which all of the participants were given paint bombs and instructed to “have at it.” The field was quickly obscured by explosions of multicolored powder as paint-covered students ran about joyfully. The rest of the day took place with contestants covered in pink, purple and blue.

The other games took off after the winner of the paint war was chosen – that team which was a the least covered in paint. Some of the more memorable games were “Steal the Bacon,” sword fights, a barrel toss, catch the chicken (chickens provided by Lesnefsky) and a large blow-up obstacle course.

The two winning household teams, Brothers of the Eternal Song and Regina Angelorum, each received a six-foot-tall trophy to keep in their common rooms for the rest of the year. For the first time in household history, the women’s winner had to be decided by a four-way tie breaker. This took the form of an age-old Olympic event, the relay wheelbarrow race, which the Regina Angelorum team won by a narrow margin.

The completion of the Olympics brought an end to Household Life week, a week full of camaraderie, bonding and friendly compaction among students, household members or not, across cam-pus.