Hundreds of women are reaffirmed in dignity at BeLoved Event 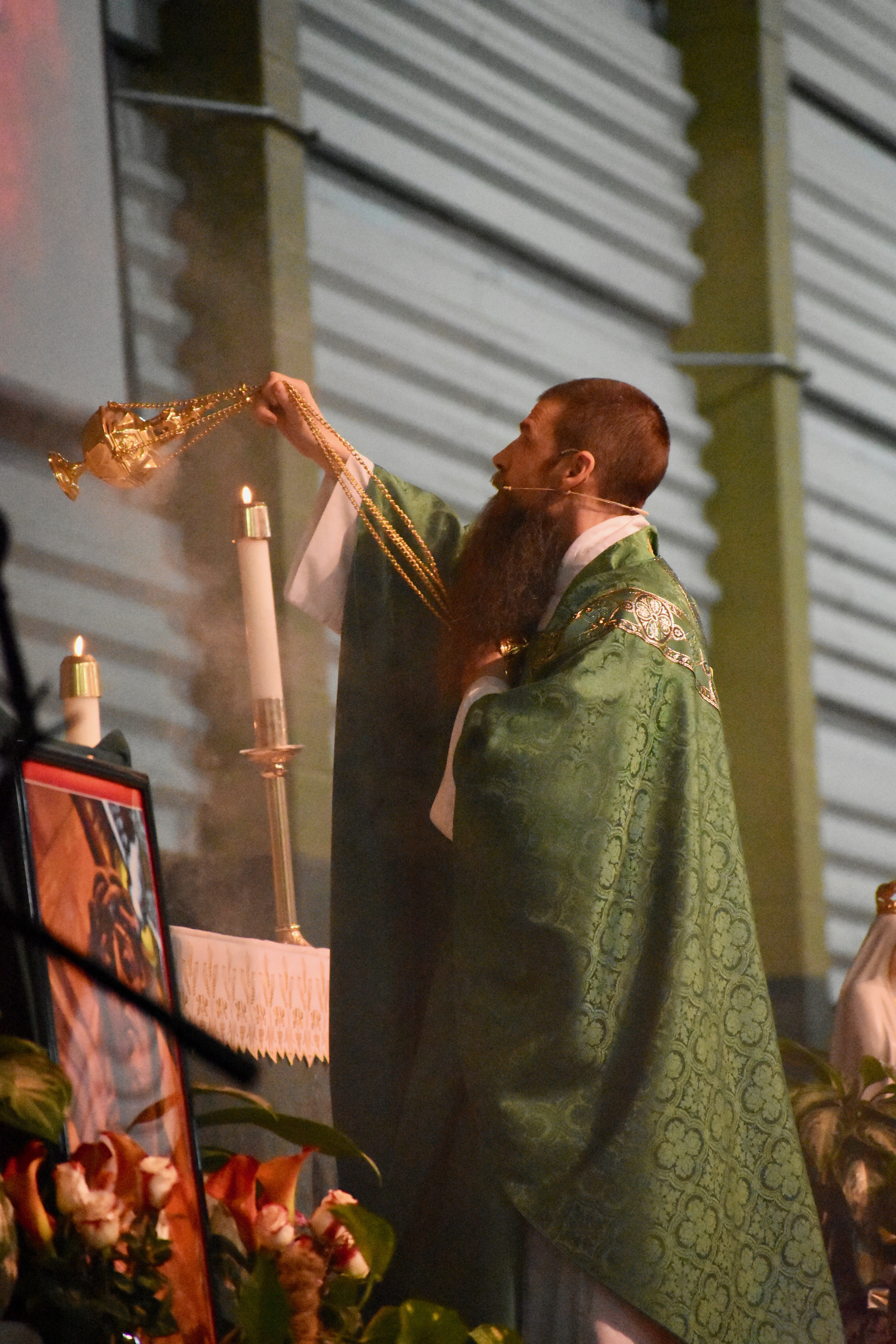 Women’s Ministry’s annual BeLoved Event, themed “Remember who you are whose you are,” brought over 400 women on Feb. 10 to the Finnegan Fieldhouse to experience healing and served as a reminder to the women of their identity.

The event began with mass at 6 p.m. in the Finnegan Fieldhouse, celebrated by the Rev. Boniface Hicks, OSB. “I love women and the feminine heart, and I want God to speak through me to you,” he said. He explained how he has such reverence for the feminine heart and how “in every one of you I see Our Lady.”

Keynote speaker Cindy Costello showed the film “Speaking with Sparrows,” featuring testimonies from many women about their struggles and their paths to healing. Costello divided the film into three parts and paused between each part to allow for reflection and prayer.

“Be not afraid and rest in the shade of prayer,” Costello said. She encouraged the women to be courageous and weak all in one, saying, “We are daughters of Eve, daughters of the fall. It’s sad, but it’s not the end of the story.”

The night ended with adoration led by Hicks, while there were opportunities for the women to go to confession or prayer teams in the upper levels of the Fieldhouse.

Hicks explained how there is an identity crisis in culture today where women have a hard time remembering who they are and whose they are. He shared the truth that was written on every woman’s heart: the desire to love and to be loved.

Hicks said he hoped women would leave this event not just touched but healed and filled with the joy of salvation. He encouraged them to find the place in their hearts that has been numbed and a bit hardened and respond to God’s invitation to heal. “Today is the clearance sale on all your troubles,” said Hicks.

Freshman Marykate Bateman said, “I was amazed by how vulnerable the women from the video were and how they publicly expressed what they’ve gone through without feeling ashamed. I don’t know about everyone else in the room, but watching those women made me feel relieved to know I’m not the only one and that learning to love myself is a battle, but it’s not one that can be healed by settling for less than I’m worth.”