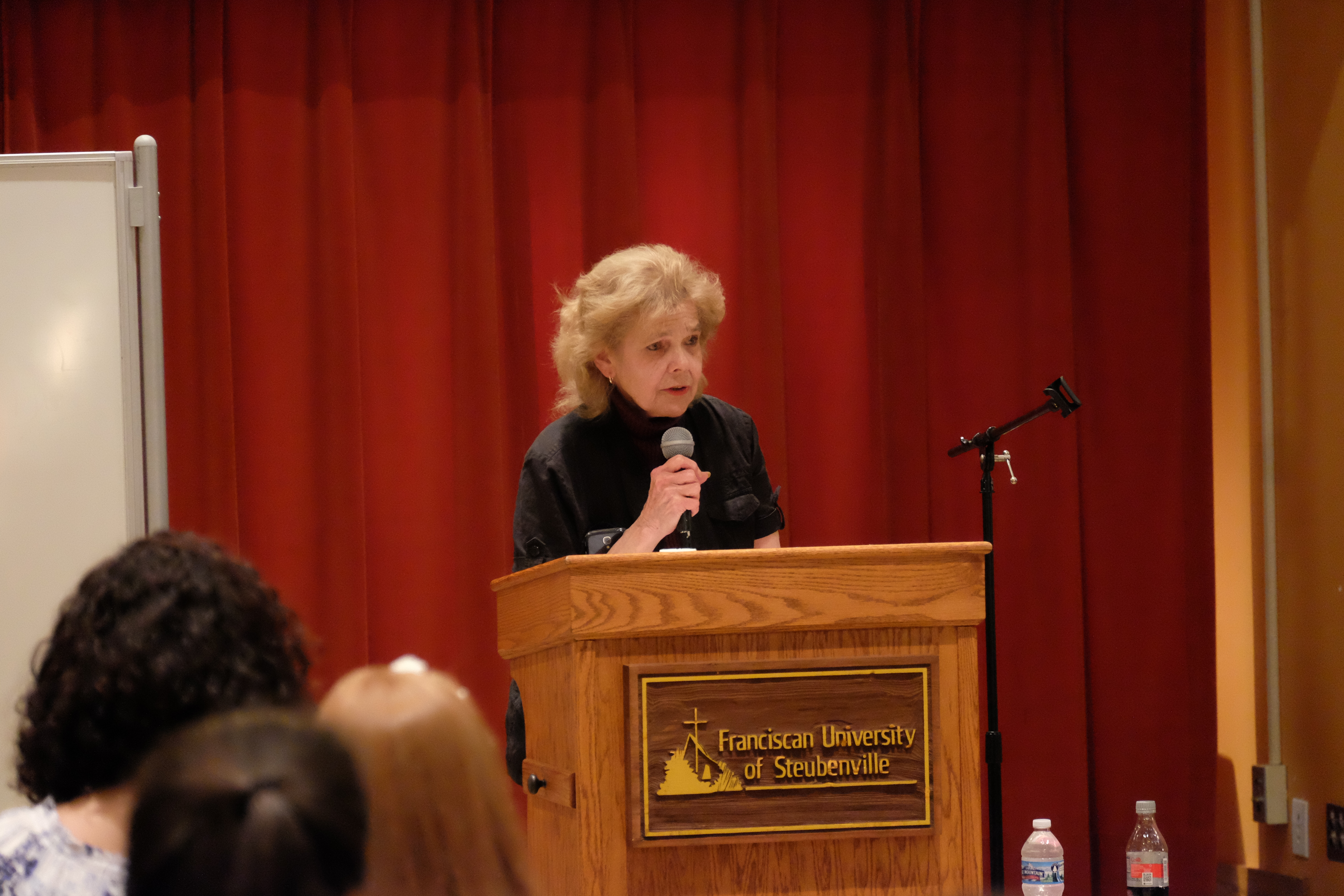 On April 3 in the Gentile Gallery, Rita Marker gave a talk on doctor-prescribed suicide and how students can engage in an intellectual conversation. Over 50 students attended to hear what Marker had to say.

Marker, who is the executive director of the Patient’s Rights Council and an internationally known speaker, began her discussion with the fact that physician-assisted suicide is legal in California, Oregon, Vermont and Washington.

Marker denounced physician-assisted suicide by taking down some of the claims made in favor of it, such as the dignity physician-assisted suicide claims to preserve and its painless application. The Act that legalizes the self-killing of an individual is called the “Death with Dignity Act,” said Marker. Though it sounds tempting, she said, she warned against the title saying, “One does not uphold another’s dignity when assisting with suicide.”

Marker continued by asserting that even though the process itself seems easy, doctor-prescribed suicide is not painless. Doctors may claim that it is the easiest and most comfortable way to go, but the facts contradict that statement.

“Do not be tempted by the cost, either,” Marker said. She mentioned a case where a patient was denied coverage from her insurance company for chemotherapy, but the company was willing to pay $1.20 for “end of life measures.” After Marker said this, an unsettling silence filled the room.

Marker, to emphasize how easy it is to acquire such suicide, told the room to imagine being in a local pharmacy and overhearing the person at the front of the line saying, “I have just been so sad lately. I would like to kill myself.” Such scenarios are legal, and the facts are that all a patient has to do to qualify is to give an oral request, wait 15 days, give a second oral request, write the request down, wait two days and pick up the pills, Marker said.

Overall, the talk was very fact oriented and Marker equipped those in the room with the ability to argue against this “new drug” that is swarming the nation.

The talk was hosted by junior political science and philosophy major, Zelie McLain.

McLain said, “It was so very important that Rita Marker was here, and she brought to light many issues that no one wants to talk about. Doctor-prescribed suicide will be legal in every state very soon, and it is important that students know the facts and are well equipped to defend this topic in the future.”