Jamaica mission: a relational ministry unlike any other 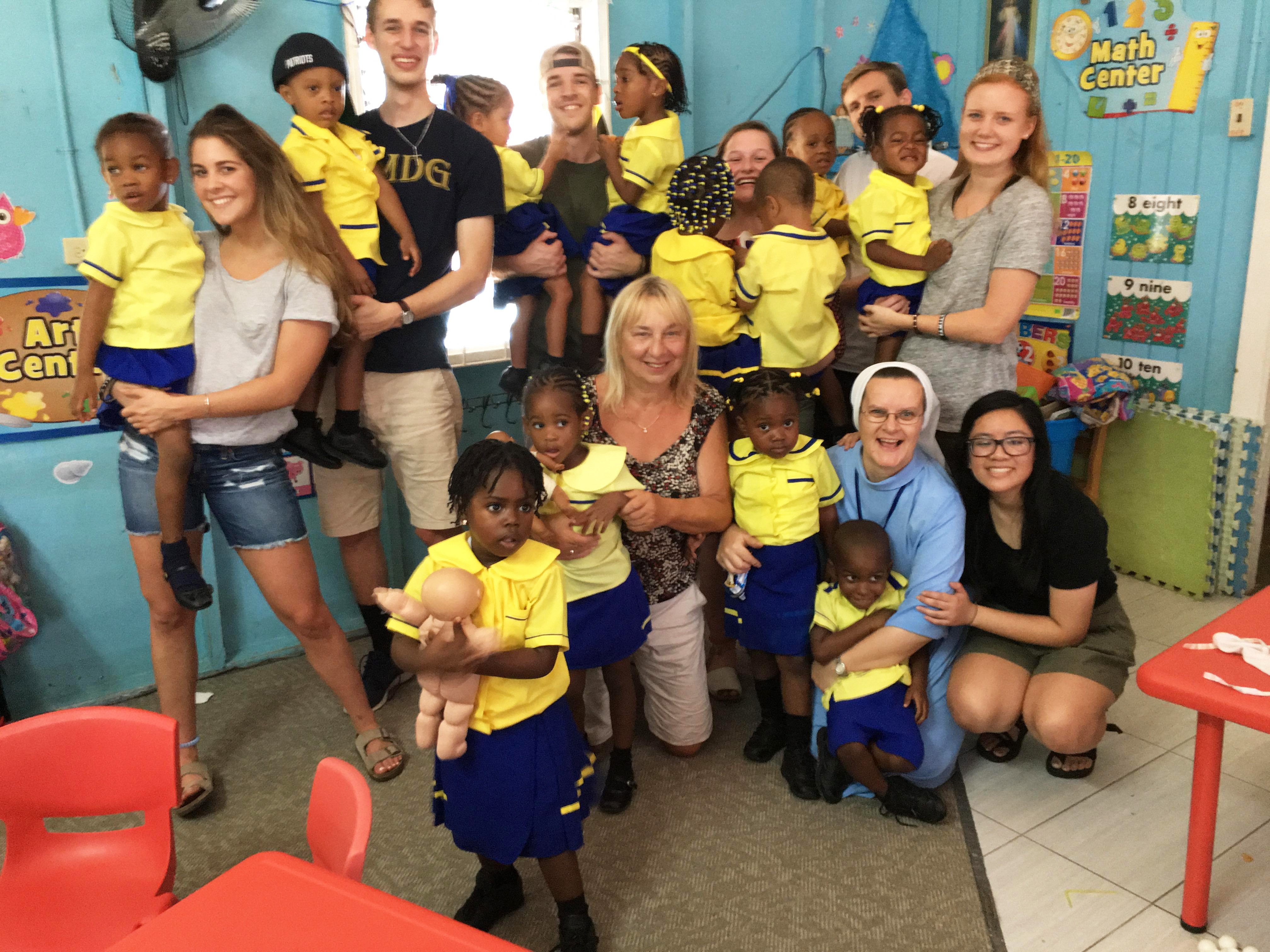 Unlike most of the Franciscan University Missions of Peace, which spread the gospel over spring break, the Jamaica Mission of Peace traditionally occurs over winter break. This year, the mission was led by Bridget Clune, a senior computer information science major, Corrine Jensen, a senior social work major and Rich Cross, an education and history major who graduated in December. Over Christmas break, they and their team traveled down to Jamaica and ministered in the towns of Bamboo, Cave Valley, Seaford Town and Reading, all within the Diocese of Montego Bay.

The Jamaica mission has been a mission for sixteen years. Mission members have traveled to Jamaica over Christmas break every year because it is easier for the diocese of Montego Bay rather than spring break. Many students go on the mission repeatedly while they are enrolled at Franciscan University, so students can work and minster with people they already know in the diocese.

This year the mission consisted of 26 students, along with Rev. Shawn Roberson, TOR, the Rev. Rick Martignetti, OFN, the Rev. Frank Black and Sister Rita Claire, TOR. Students worked diligently collecting money through phone-a-thons and mailing letters to ask for funding for the trip. Before the mission, the team would meet weekly to develop spiritually. Jensen said, “We personally had an emphasis on spiritual growth. We wanted to make sure we had a solid foundation before we left.”

“We focus on relational ministry, but with a catechetical flare to it,” said Jensen.“We split up into four different towns, so the majority of times the missionaries are divided into six or eight students. Down there, we go into schools and teach, hospitals to work with special needs kids, and the town I was in gave a born in the spirit seminar.”

Clune described how “at night we would generally have a talk for the people of the parish or people we met in the day. Our talks could be on prayer or love, but peace was a big theme this year.”

Both Jensen and Clune described how the mission addresses the problems that Jamaica faces. Clune said, “Jamaica is primarily Christian, but only 2 percent is Catholic, so we are trying to bring them the sacraments.”

Jensen described how “there is definitely a problem in the extremely broken family life. A lot of children go neglected or feel unloved. Our mission is to just be present to them and show them that they are loved and important.”

When speaking about the people they served, Clune recalled that “the people are so incredibly loving. We went down there to serve them, but they served us. They love having us there, and we have never had any problems. They are so joyful, even though they can have different situations or come from a broken family.”

Both mission members explained how when serving on mission, they always receive something they can take back with them. Jensen explained that the mission helped her “recognize the blessing that we have being at Franciscan. We should take advantage of the formation we have here.”

Clune said that the mission helped focus on seeing Christ in anyone. “While I was down there, I saw the fruits of that and how incredible each person is and how they are created in God,” she said.