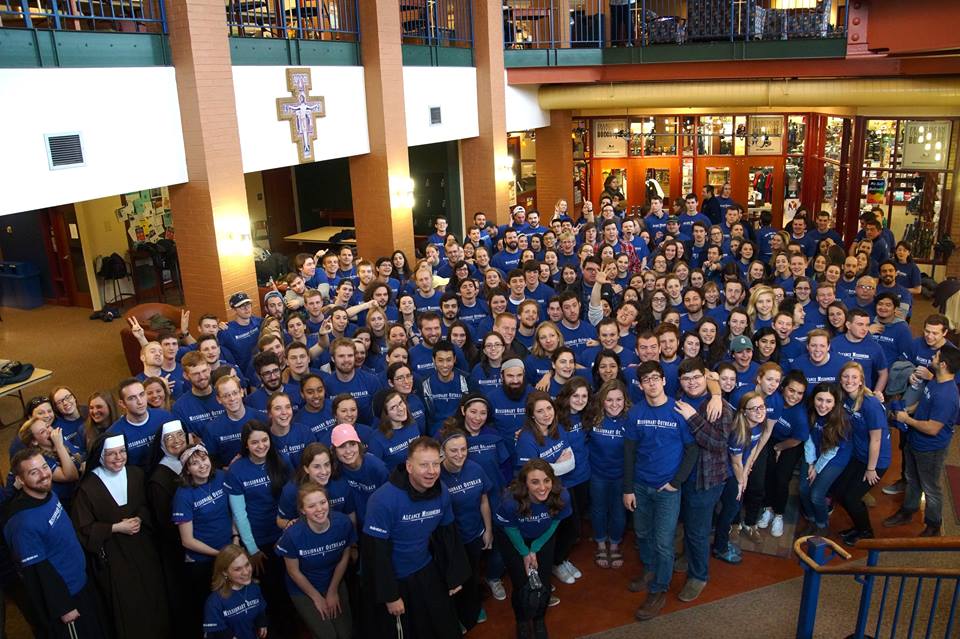 As hundreds of Franciscan University students prepare to travel far and wide on mission trips over spring break, the Rev. Luke Szweda, a tried-and-true missionary, came to campus Feb. 27 to inspire them with his witness.

Szweda said that he was ordained in Poland, but after having an avid desire for a challenge to spread his faith, his bishop permitted him to perform mission work in Jamaica for four consecutive years.

​Szweda has a strong devotion to divine mercy due to his Polish roots, and he believes that evangelization and divine mercy are inseparable, he said.

​For this reason, Rhett Young, director of Missions of Peace at Franciscan University, said, “I often see John Paul II in Fr. Luke.”

​Szweda said that bringing mercy to others involves patience, respect, wise help and especially helping others find the Blessed Mother.

While in Jamaica, Szweda said that he helped communities construct multiple Marian grottos. He testified to their power to convert entire families due to the family dynamic of Mary and Jesus that the grottos evoke.

​Szweda said that he noticed that when evangelizing in town centers, he would “feel the presence of the devil, a presence that I have never felt before.”

​In these difficult moments, he said that he would seek comfort in Mary, feeling the need to defend and promote the one who crushed the head of the devil.

​Because spreading the message of mercy requires meeting people where they are, Szweda said that relational ministry is foundational to mission work.

​He told the student missionaries, “Be yourself, and don’t lose your identity. Rather, share it in a very simple way, and they will see the Christ, the face of mercy.”

​Sophomore Joe Rall said that he was inspired by the idea of “just be(ing) ourselves because that’s what people appreciate.”

​Szweda also stressed that “time is love,” believing that one’s love for God and neighbor is measured by one’s sacrifice of time.

​This message struck graduate student Rob Goodman, who said, “If there is anything to remember from this witness, it’s that time is love.”