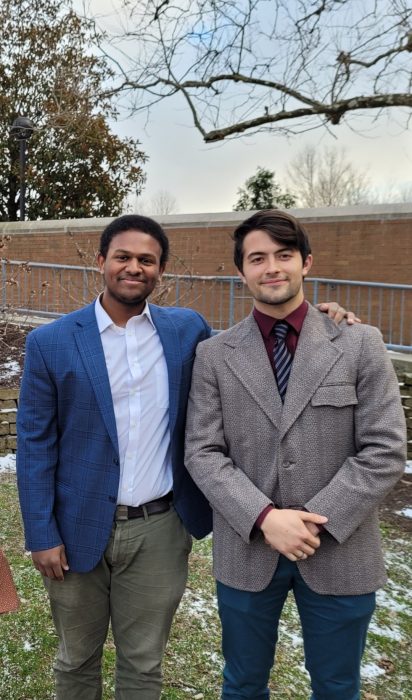 Brennan and Van Horn’s platform focused on upholding and promoting the university mission, particularly in regards to advancing the Catholic call to mission and evangelization.

Students voted in the J.C. Williams Center from 9 a.m. to 4:30 p.m. Tuesday, and both campaigns had advertising tables set up immediately outside the doors during the election period to encourage voting.

The Life in Abundance campaign provided free donuts, sandwiches and pizza throughout the day at tables outside the J.C. and Saints Cosmas and Damian Hall.

Three amendments were passed on the election ballot.

Amendment #2 allows the FUSG president to appoint a representative of student government to university councils and committees, with the approval of the university president.

Amendment #3 states that eligible voters in the general election are permitted to fill in and vote for write-in candidates on the ballot.

Brennan said she is proud of her team and the hard work they put in during the campaign.

“I am so proud to call them my team and even more importantly my friends,” she said. “Never have I felt so supported and loved by people on my team and my own friends and family, especially after the election was completed.”

Brennan said she is excited to continue to serve the student body in whatever way God calls her.

“God’s will is our deepest desire, so we will continue to live a life for him,” she said. “I look forward to seeing what the Johnson-Rider campaign brings about, and I hope for great things!”

Johnson thanked his friends, supporters and campaign team for their efforts.

“This was crazy, and it’s all thanks to them,” he said. “I’m honored and humbled that so many students, for whatever reasons — whether because they believed in our platform or because we gave them Chik-fil-A — came out to vote for us. I also want to congratulate Amelia, Noelle and their team on one heck of a race.”

“I’m excited to put everything we promised into action next year,” Johnson said.