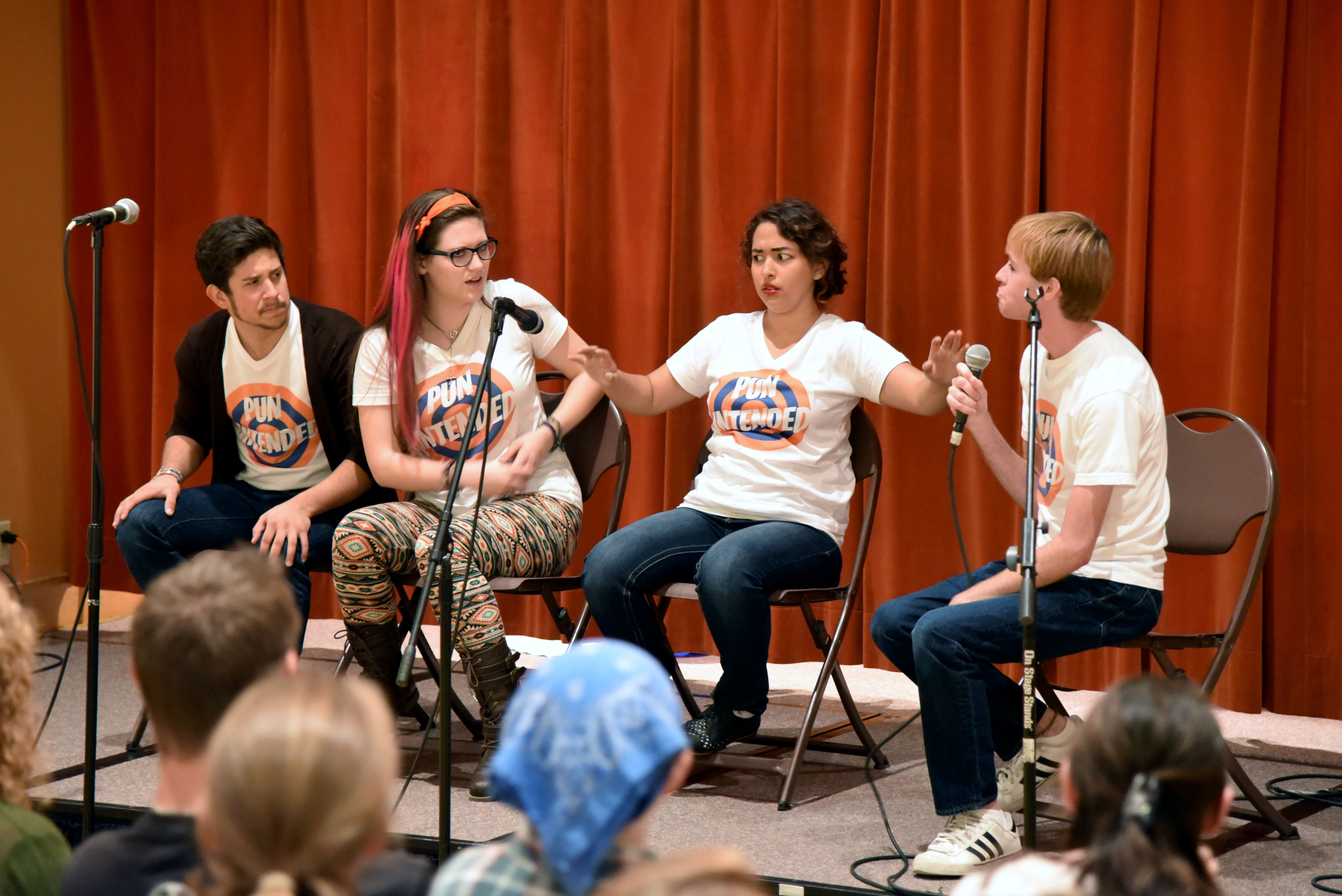 A team of actors went up in front of a crowd of peers in the J.C. Williams Gentile Gallery on Sept. 26 for Pun Intended, a night of comedy and improvisation.

The actors were nervous about how a crowd might react to on-the-fly jokes. However, as each game progressed the crowd got more into it. Each presenter of the games asked where and what the next scene should be, incorporating the audience members so that they were creators as well as spectators.

While the crowd took longer to get interested in some of the games, the fast-paced movement of the acts never let the anticipation vibes die. Funny quips that changed the scene entirely brought bursts of laughter, improving the evening as it went on.

For those who had never been to Pun Intended, the night held exciting promise, especially for Michelle Barragan, freshman and pre­nursing major, who said that she acted in plays during high school and was looking forward to the evening.

“You just go up there and you get a topic and it’s really funny because you don’t know where they are going to go with it,” said Barragan.

Throughout the evening there were familiar games played, such as the Dating Game, during which one actor leaves and the other three receive character changes from the audience and it becomes a dating guessing game for the first actor.

A new game was also introduced that involved a bucket of water and a dramatic scene provided by the audience. In this case, the audience decided the topic would be Black Friday shopping. One actor holds his or her breath for as long as possible until he or she is tagged out by another actor. It was a circle of wet faces and funny explanations of missing time.