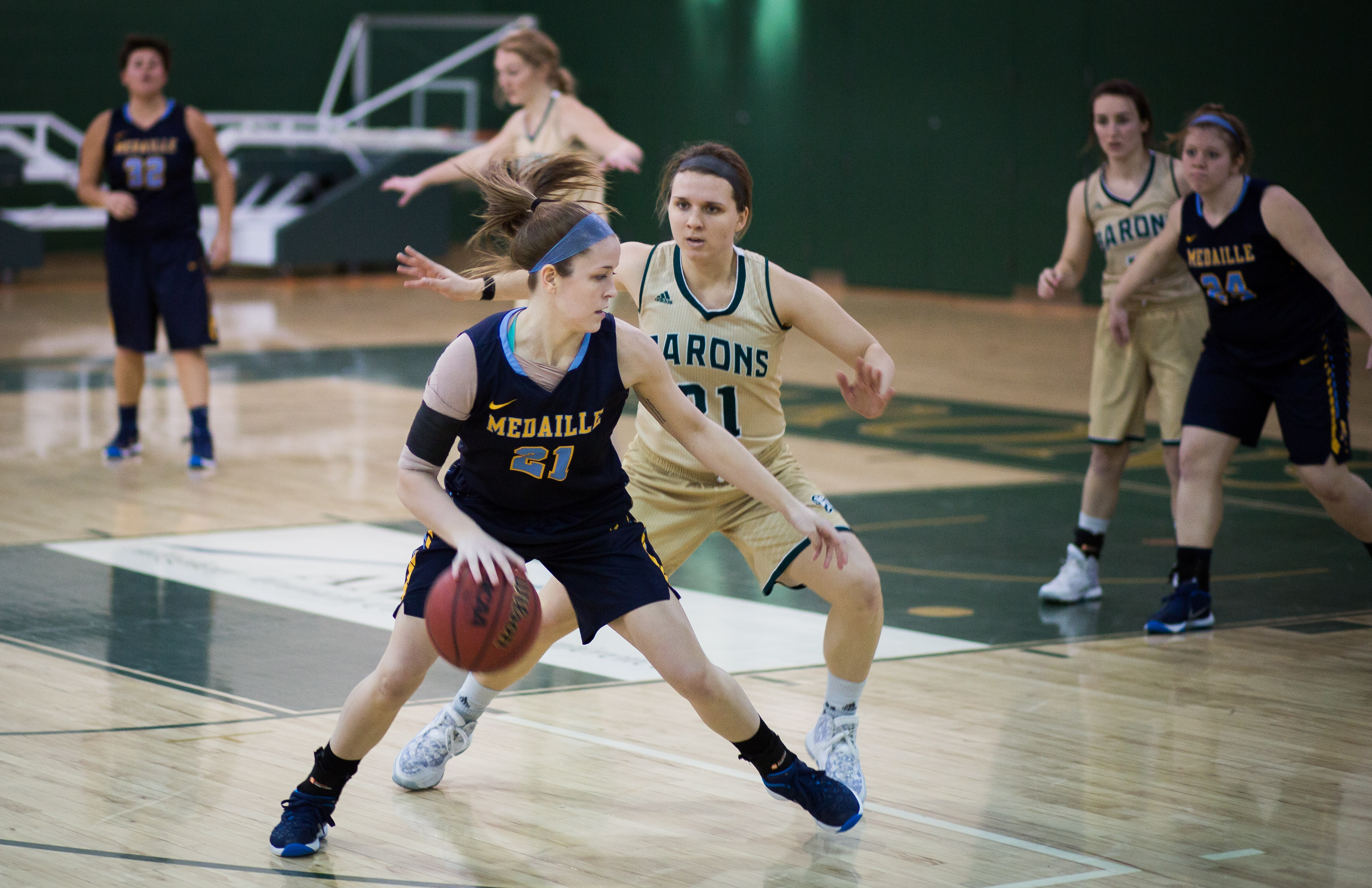 Franciscan University women’s basketball dominated during its home game against Medaille College’s Lady Mavericks, coming away with a 78-62 victory Saturday at 4 p.m.

Following the men’s basketball team’s loss to Medaille earlier that afternoon, the Lady Barons picked up the school’s spirits as they dominated three of the four quarters against the Lady Mavericks.

The Lady Mavericks won the tip off and started with possession, scoring the first two baskets of the game. The Lady Barons made their first shot three minutes into the first quarter, however, and from that point on controlled the game, outscoring Medaille in the first three quarters 20-10, 26-19 and 25-12, respectively.

Medaille outscored Franciscan, 21-7, in the fourth quarter but ultimately lost to the Lady Barons.

Sophomore center Lucia Westrick led the Lady Barons in points and rebounds with totals of 26 and13, respectively.

Senior guard Monica Dawyot led the Lady Barons defense, which played strong against the Lady Mavericks, helping to keep them from gaining control of the game.

“I am very proud of our overall defensive effort, especially Monica with a tough matchup today that she got the best of,” Delaney said.

The Lady Barons will honor the team’s three seniors, Iliana Gonzales, Stephanie Pahren and Dawyot, on Senior Day as they take on D’Youville College on Saturday, Feb. 20, at 3 p.m. in the last home game of the season.