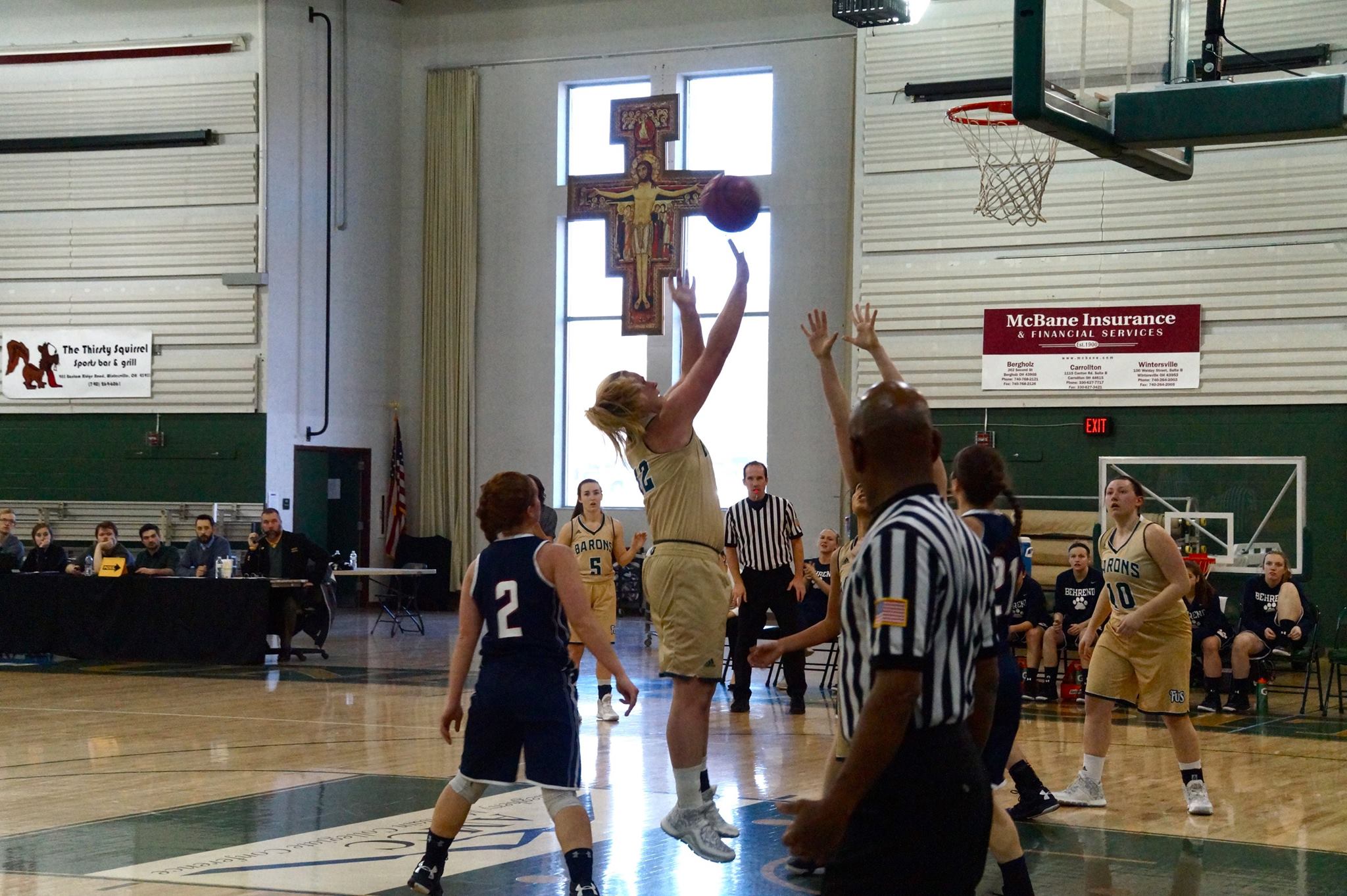 The Penn St.-Behrend Lions began on the offensive side and made the first shot, which started a competitive quarter with the ball rapidly passing between the two teams.

The Lions were leading, 9-8, with 3:31 left in the first quarter. Franciscan came back with two free throws by sophomore guard Sarah Schriner. The Lady Barons now had a 10-9 lead.

The Lady Barons continued to hold up strong with excited cheers from the crowd whenever they made a shot, but came up short in the second and third quarters, 15-14, and 22-18, respectively.

With two minutes left Schriner brought the score up to 63-56 with a three point shot, but the Lions still dominated, with 17-12 being the score for the final quarter.

Westrick led the team with 20 points. Gonzales followed with 13 points, and Schriner with 12 points.

The Lady Barons will play a conference game on Feb. 10 at home against Penn-St. Altoona at 8 p.m.