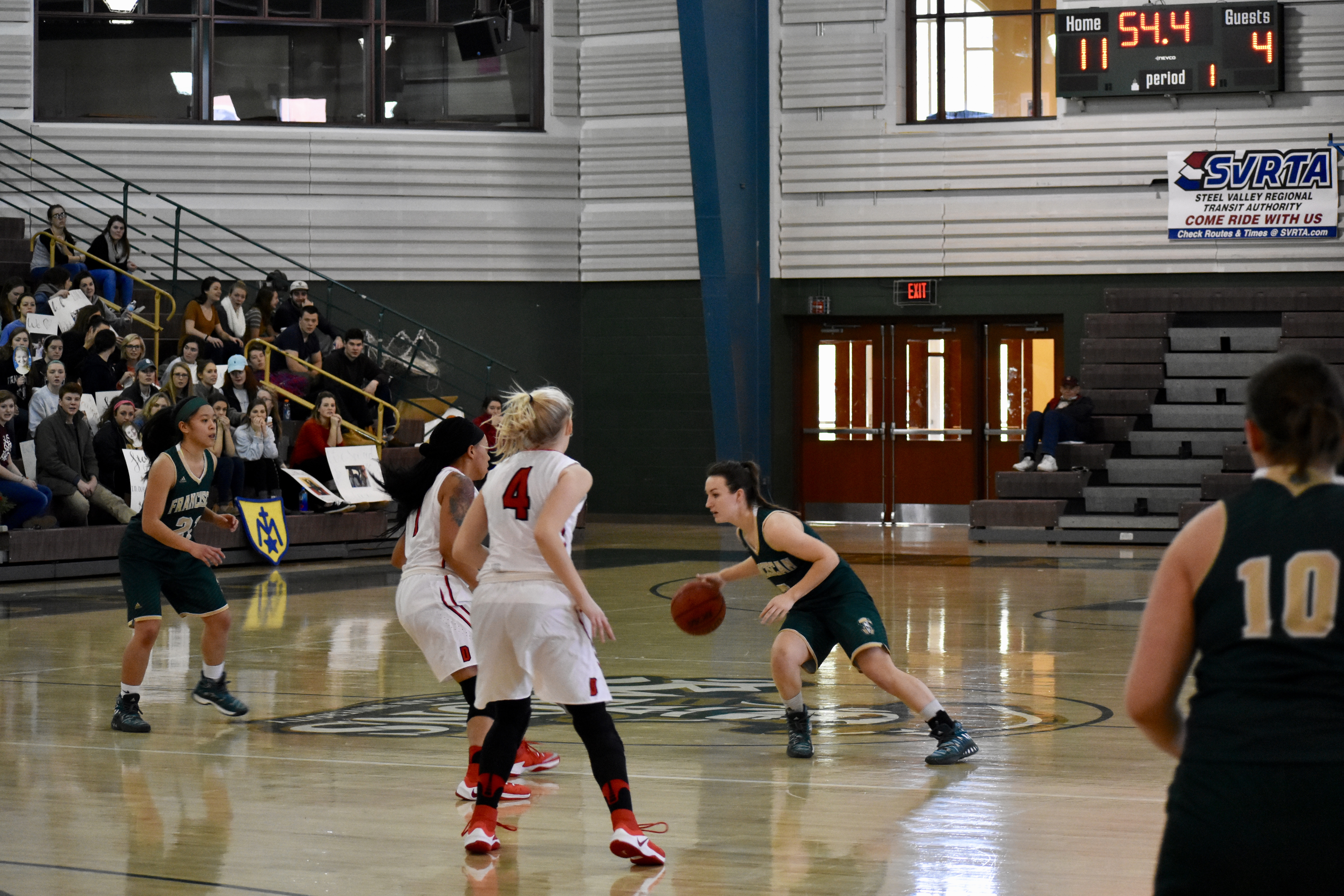 The Lady Barons’ basketball team won their final home conference match of the season on Saturday, Feb. 11, against D’Youville College by a score of 49-38.

The D’Youville Spartans came back ready to fight in the second quarter, quickly scoring nine consecutive points in the first five minutes. The half ended with the Lady Barons trailing the Spartans by 10 points, with a score of 15-25.

The Lady Barons came back strong to start off the second half. “We really challenged the girls at half time,” said Head Coach Suzy Delaney. “(Junior guard) Sarah Schriner came out and put the foot on the gas pedal and got us going.”

Schriner scored eight points during the first three minutes of the third quarter; thanks to her and DeJesus, the score was tied by three minutes into the quarter.

From there, the teams went back and forth wrestling for the lead, ending the third quarter with the Lady Barons leading by 31-30. Determined to make up for their early January loss against the Spartans, the Lady Barons added to their lead in the fourth quarter, and ended the game in victory with a score of 49-38.

Delaney credited the successful game in part to the strong defensive performance. She was especially proud of Baierl. “(Baierl) really has answered the call of having our guards be active rebounders,” said Delaney.

Since this was the last home match, the two seniors, Johanna and Bernadette Roach, were honored after the game. “I am so proud of them for their leadership,” said Delaney. “Both had great games and both hit clutch shots for us down the stretch.”

The next game for the Lady Barons will be a conference game on Wednesday, Feb. 15 at 6 p.m. at Mt. Aloysius College.

2017-02-15
Previous Post: T.O.R encourages students to take to heart the beauty of the Eucharist
Next Post: Cross Country coach and team reflect on strengths of the past season