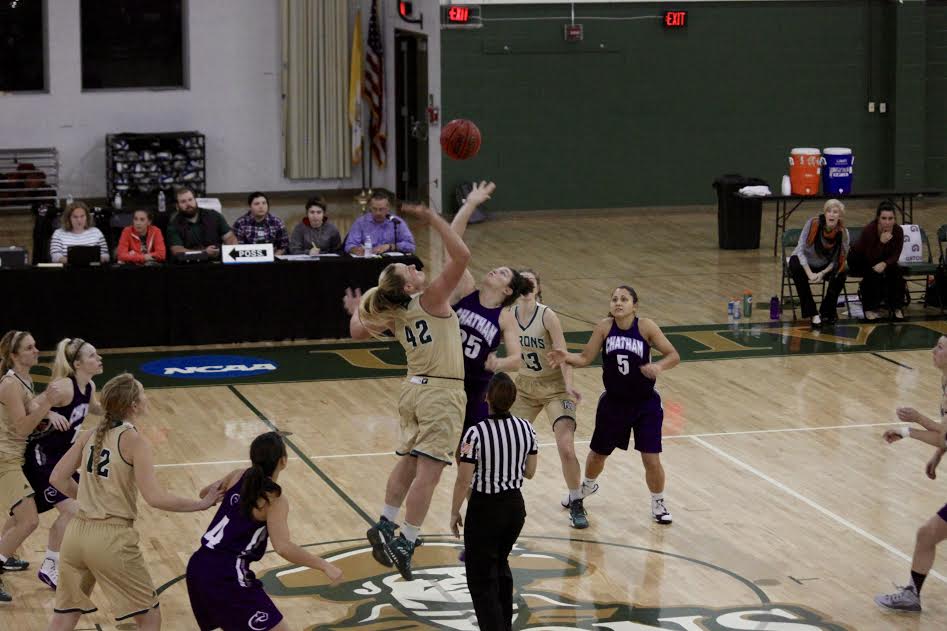 The Lady Barons basketball team began their season on Tuesday, Nov. 15 with a 71-58 loss against the Chatham University Cougars, due in part to second quarter struggles.

The Barons began the game with a strong first quarter, with baskets made by sophomore guard Raegan Stead, junior center Lucia Westrick and sophomore forward Anna Ames. The team fought Chatham University for the lead, but Chatham pulled ahead by the end of the quarter, ending with a close score of 18-13 in favor of the Cougars.

The second quarter began, and Chatham fought hard, wiping away the Lady Baron opposition. They significantly widened the score gap, scoring 21 points to Franciscan’s eight. The half ended with a score of 39-21.

Though their deficit remained expansive in the second half, the Lady Barons came back from half time with a new determination, and prospects were looking up when, only one minute into the quarter, Westrick made the first two points of the half on two successful free throws.

From there, the Barons were able to narrow the gap in the fourth quarter. Though they lost the overall game, the Barons topped Chatham in the final quarter by a score of 21-14.

Although the Lady Barons lost their first game of the season, they showed determination by not backing down when the score looked grim.

“They kept after it tonight, against a good Chatham team,” said Head Coach Suzy Delaney. “We just need to learn from this and move forward with it.”

The Lady Baron’s next home game will be on Saturday, Dec. 3 at 2 p.m. against Penn. State Behrend.

2016-12-03
Previous Post: The Rev. Don Calloway returns to campus to stress the strength of the rosary as a spiritual sword
Next Post: Lady Barons put up a fight against Bethany