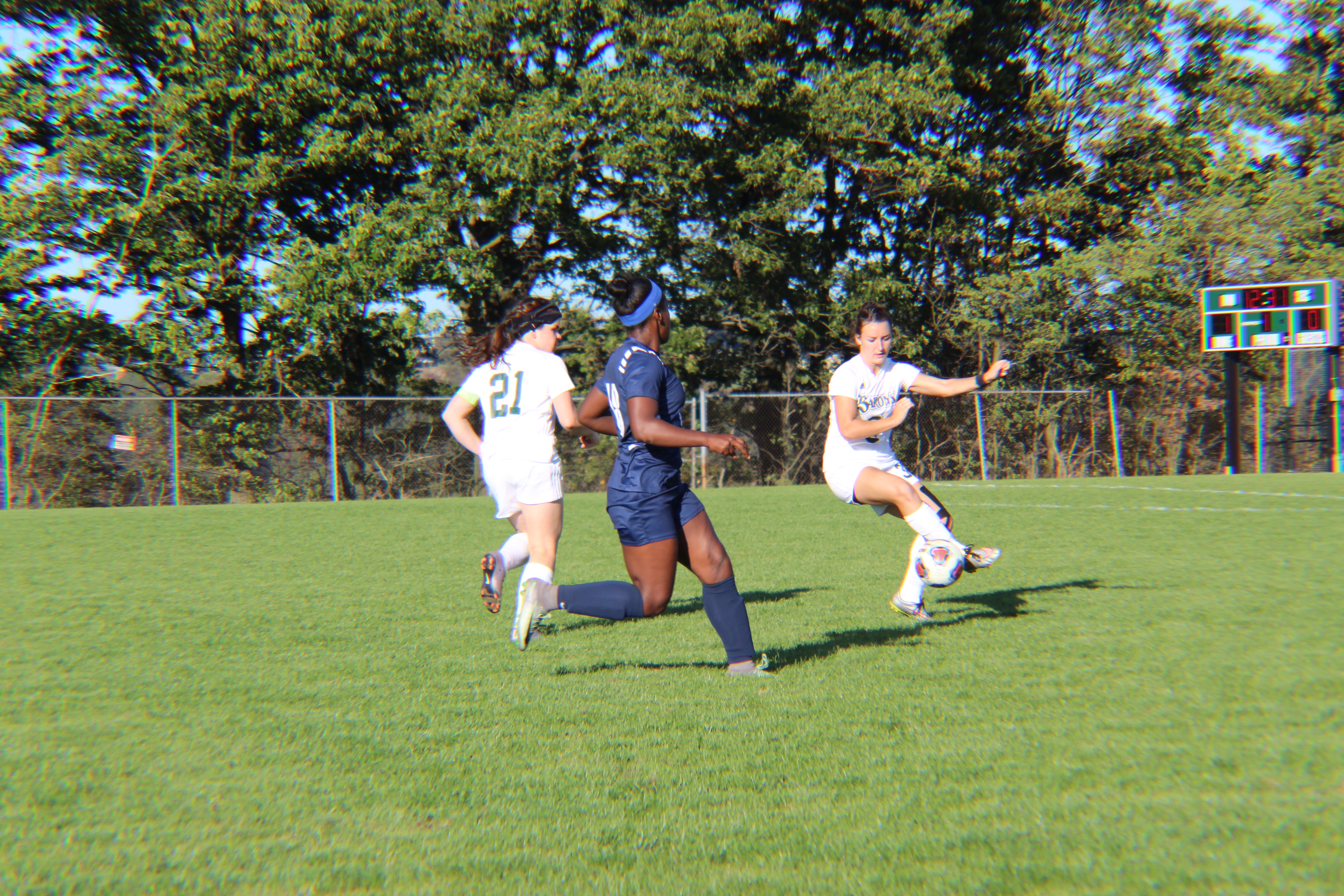 A hat trick and a playoff berth combined to make Wednesday night’s soccer matchup against Penn St.-Altoona an exciting 3-1 victory for the Lady Barons.

Senior midfielder Megan Luiso was undoubtedly the woman of the match, as a result of a trio of goals. She opened the scoring in the 25th minute with a goal off an Annie Mcgraw assist. Nevertheless, the 1-0 lead did not last long for the Lady Barons. Penn St.-Altoona struck back in the 38th minute with their only goal of the afternoon, to tie the game at 1-1. However, after allowing the equalizer, the Lady Barons knocked home a back-breaking goal just minutes before the halftime whistle. Freshman forward Gracie Tillman set up Megan Luiso for her second goal to give Franciscan a 2-1 lead at the half.

In the second half, the Lady Barons kept pressure in the attacking third, putting forth 15 shots. Numerous chances at the net, including an 82nd minute shot by freshman forward Gracie Tillman that hit the inner post, had Penn St.-Altoona on theirheals. The Penn St.-Altoona defense eventually could not hold off the vicious attack of the Lady Barons, as Megan Luiso finished a beautiful cross pass from fellow senior Clare Kennedy.

With the win tonight, the Lady Barons clinched a berth in the AMCC playoffs. Winning four of their last six games, this victory comes at an excellent time for the women. They have outscored opponents by a collective 13-4 margin in that stretch, demonstrating both aggressive attacking and strong defending. The women only allowed eight shots over 90 minutes in their win against Penn St.-Altoona, and Junior Sarah Luebking did an outstanding job between the pipes. The experience of veterans like Luebking and Luiso will ideally lead the Lady Barons to a deep run in the playoffs this season.