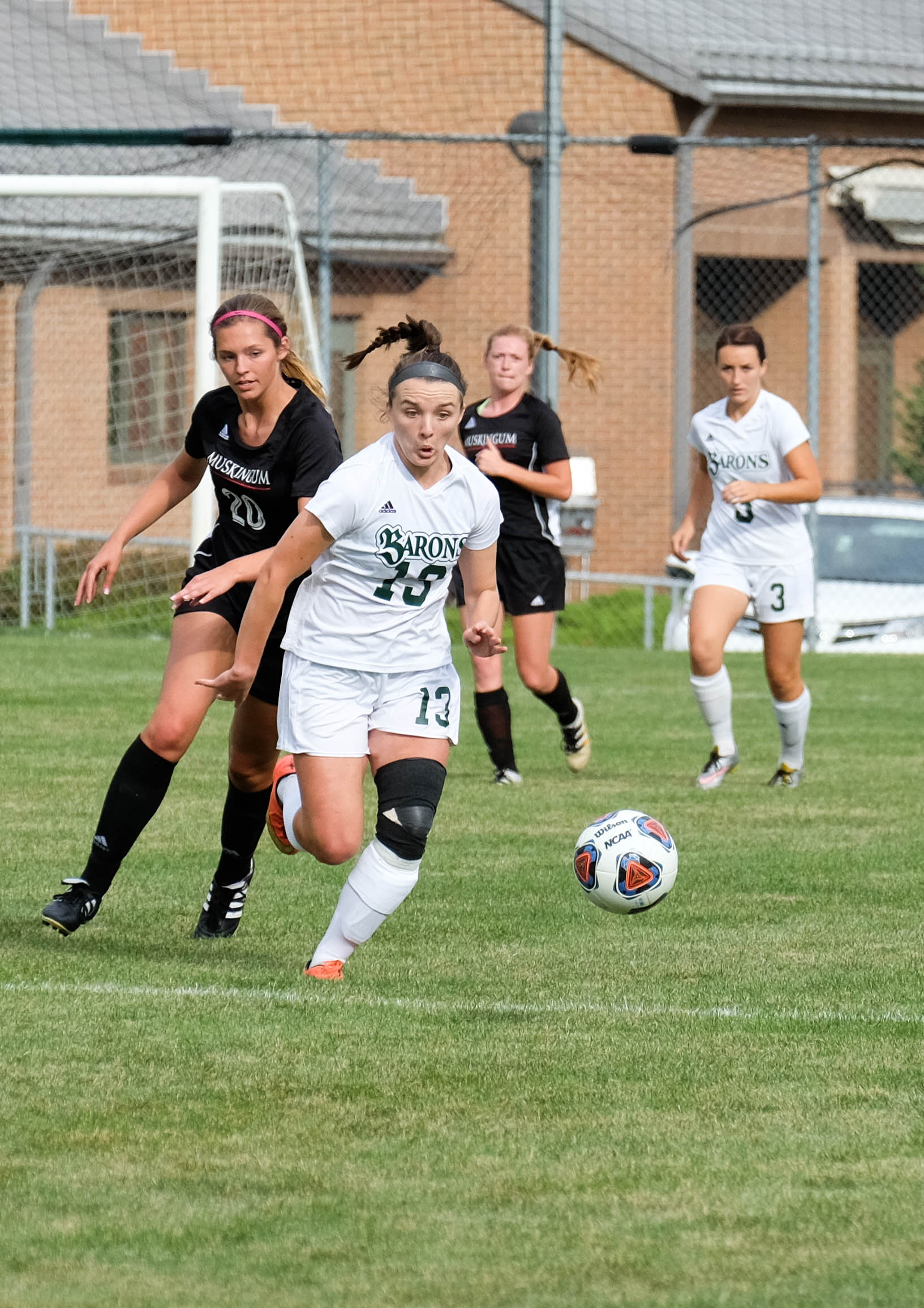 The team jumped out to a quick lead in the form of three goals in the first 30 minutes of play. Junior Sarah Luebking opened up the scoring just before the 10:00 mark by converting a penalty kick, the result of a Muskingum infraction deep in the FUS backfield.

The physical play of the Barons allowed them to impose their will early and often during the contest, and as the game wore on it became clear which way the victory would slide. Less than a minute into the second half, the Barons’ leading scorer of the season, sophomore Kelsey Scott-Avery, added to the Franciscan lead with a quick strike.

Throughout the second half, the Lady Barons controlled the game. They were able to dominate the possession battle, as is evidenced by a registered 20 Franciscan shots on goal, compared to five from their Muskingum counterparts. Senior Corinne Jensen denied any chance of a Muskingum comeback, sending a goalie deflection into the back of the net in the 79th minute.

This game seems to signify good things to come for the Lady Barons, who impressed with their strong play from start to finish. The win was also freshman goalkeeper Marita Ostrich’s first victory in a Franciscan uniform; her three saves helped to preserve the Franciscan shutout down the stretch.

The Lady Barons will next see the field on Tuesday at 4 p.m., as they take on visiting Washington & Jefferson at home.