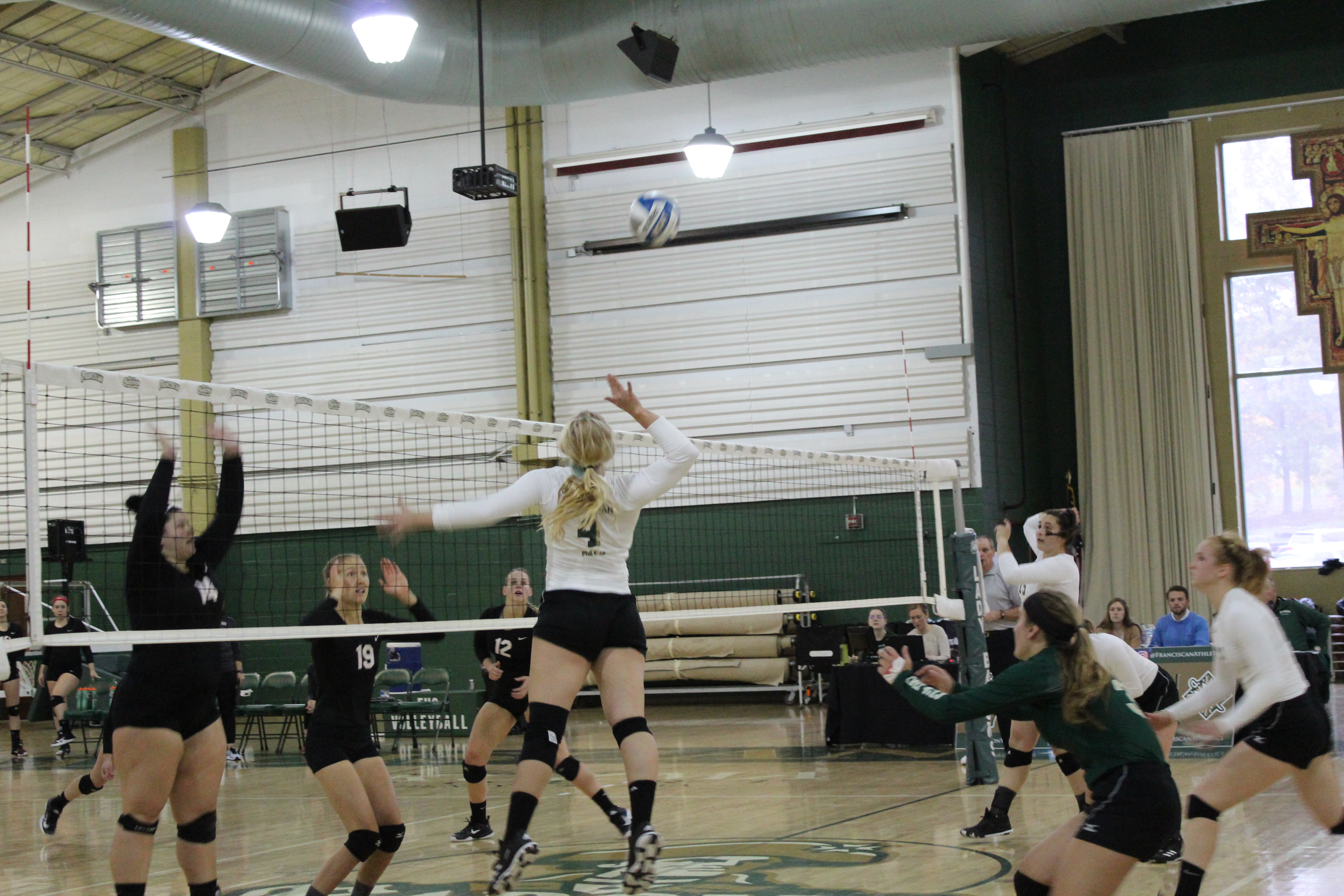 After a neck-and-neck competition, the Lady Barons volleyball team finished off their last conference match of the season with a 1-3 loss to the D’Youville College Spartans on Saturday, October 28.

The Lady Barons got off to a rough start, with the Spartans scoring five quick points to Franciscan’s one. After a timeout, the Lady Barons came back fighting, and errors by D’Youville. combined with timely kills by sophomore outside hitter and defensive specialist Maddie Raffa and sophomore right side hitter Meghan Bayer, the ladies leveled the score at 9-9, ten minutes into the opening set.

For most of the first set, the two teams wrestled for the lead and remained even, but after breaking away from a 17-17 tie, the Lady Barons gained significant headway. Though the Spartans began to lessen the deficit late into the set, the Lady Barons maintained the lead to the end, finishing with a score of 25-23.

The second set proved much more difficult for the Lady Barons. They spent the first half tied with D’Youville, but thanks to kills by Bayer and freshman outside hitter Anna Telepak, the Lady Barons took the lead. The D’Youville Spartans pushed back, and brought the set to a tie of 20-20 before overcoming the Lady Barons with a score of 21-25, effectively typing the matchup, one set apiece.

Sets three and four both ended with the same results of 21-25, finishing the game with a final score of three sets to one, in favor of the Spartans, despite the Lady Barons’ efforts throughout. In the third set, D’Youville established a lead early and maintained pressure. Successful kills by Bayer, Telepak, junior outside hitter Maria Ciola and senior rightside hitter Monica Rigaurd were not enough to overcome D’Youville’s final lead.

“I kind of thought she would run track at Franciscan,” said Herrmann, “and she chose volleyball instead. Needless to say, I am very, very thankful.”

Ciola led the team with 13 kills, followed closely by Bayer with 11. The Lady Barons ended their season with a conference record of 5-4 and an overall record of 6-16, narrowly missing playoff contention.

2017-11-04
Previous Post: News Briefs – National and International
Next Post: Workshop gives men tips on how to serve as leaders