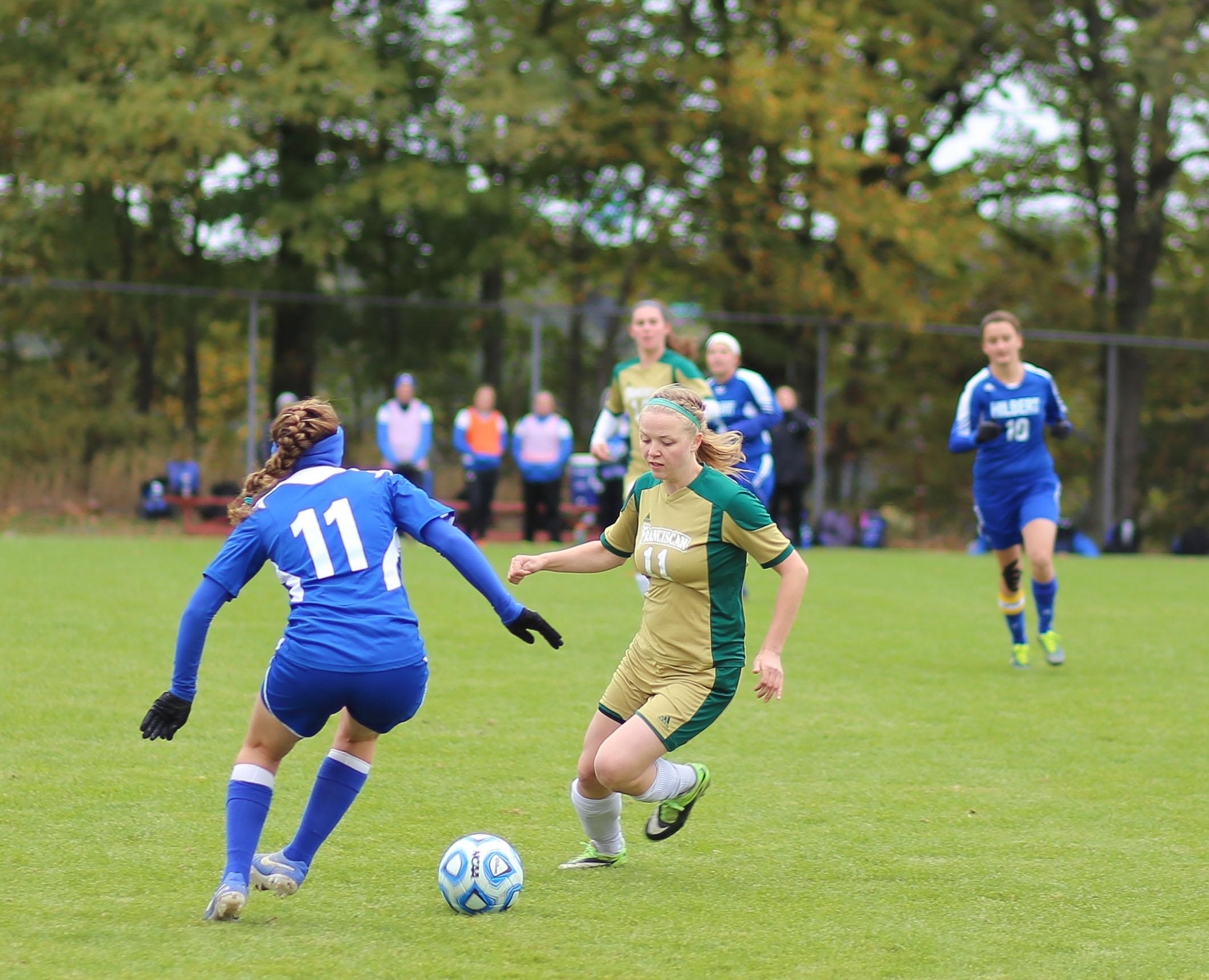 Despite the bitter cold, the Lady Barons put their best foot forward, scoring all six goals in the first half of the game.

Several of the players did an exceptional job on the field during the game. McBane’s highest praise went to sophomore Anna McCarty, who ended with a hat trick in the first half of the game.

“Anna McCarty had a phenomenal game,” said McBane. “She was the leading scorer of the game, and again, finishing in play was one of our big goals for her and she did great.”

Another player that stood out on the field was freshman Sarah Luebking, who played goalkeeper.

“(Sarah) had to make some real saves in the first half,” said McBane. “I think her defensive presence in the net is what allowed us to rack up the score for a comfortable cushion in order to get every single player on the field today.”

The Lady Barons have three more games in the season, but McBane shared she was satisfied with the way Senior Day had ended.

“A solid game, a great way to honor our seniors for our last home weekend game, so I’m very proud of that,” she said.

Franciscan will play one more home game on Wednesday, Oct. 21, against the University of Pittsburgh-Greensburg at 4:15 p.m.