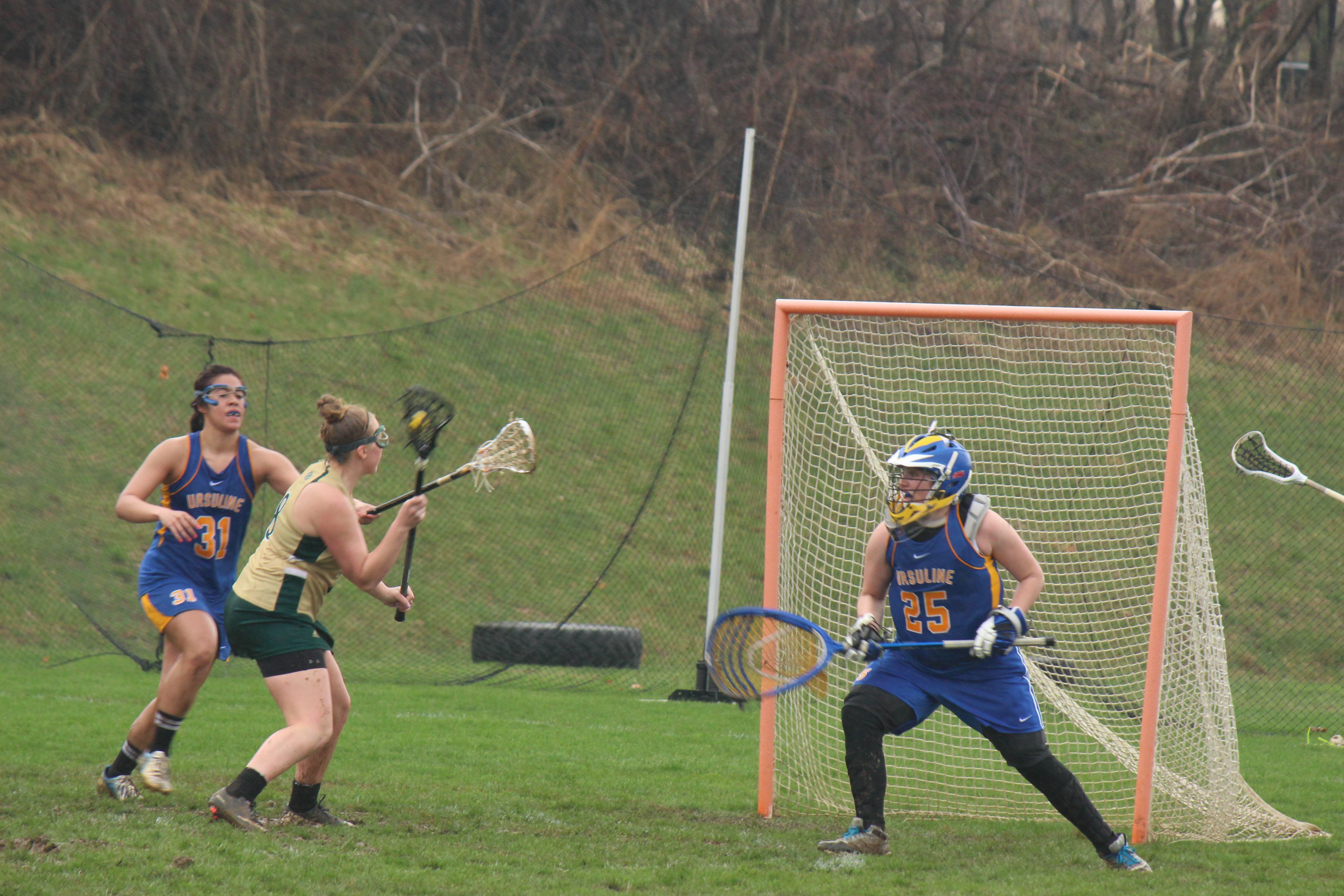 The two teams were only able to play 15 seconds before a thunderstorm rolled through the area, delaying the game for a half-hour. Referees installed a running clock to ensure the game would finish on time, and the Division II Ursuline Arrows jumped out to a 5-0 lead within the first seven minutes of resumed play.

“When your regular game play is off, it throws everything off,” said Franciscan Head Coach Maura Conant. “That hole can sometimes be difficult to dig yourself out of, but we definitely were competitive with them.”

After junior attack Tracy McClelland scored the team’s first goal with 15:17 left in the first half, the Lady Barons started to settle down, winning more ground balls and draw controls to send them into halftime down 7-2.

Franciscan then came out and won three straight draw controls to start the second half which lead to two quick goals in two minutes by senior attack Margaret Gargulinski and junior middie Lauren Noce, with sophomore attack Megan Monson getting her first assist of the season on the Noce goal.

“The key for us is winning the draw, getting possession,” Conant said. “When we did, we were able to score and capitalize on that.”

Unfortunately, the Lady Barons were not able to maintain the comeback as the Arrows rattled off seven straight goals to span the rest of the game.

“I think it’s really just finding that consistency as a team,” Conant said. “When you go on a run, you need to maintain a mindset to keep things up, but also, when you get down, not getting too down on yourself where you can’t come back. It’s kind of just a mental thing.”

Transition defense continued to be a struggle for the Lady Barons as they were unable to stop Ursuline’s offense as the Arrows finished 5-5 on clears in the game.

“That’s working with experience,” Conant said. “Transition defense is always different because teams are faster, they clear differently. You can play ball side, goal side, but it’s really on communication, too.”

The Lady Barons will continue to tighten up their transition defense as they host fellow AMCC team Medaille College on Senior Day, April 26 at 1 p.m.