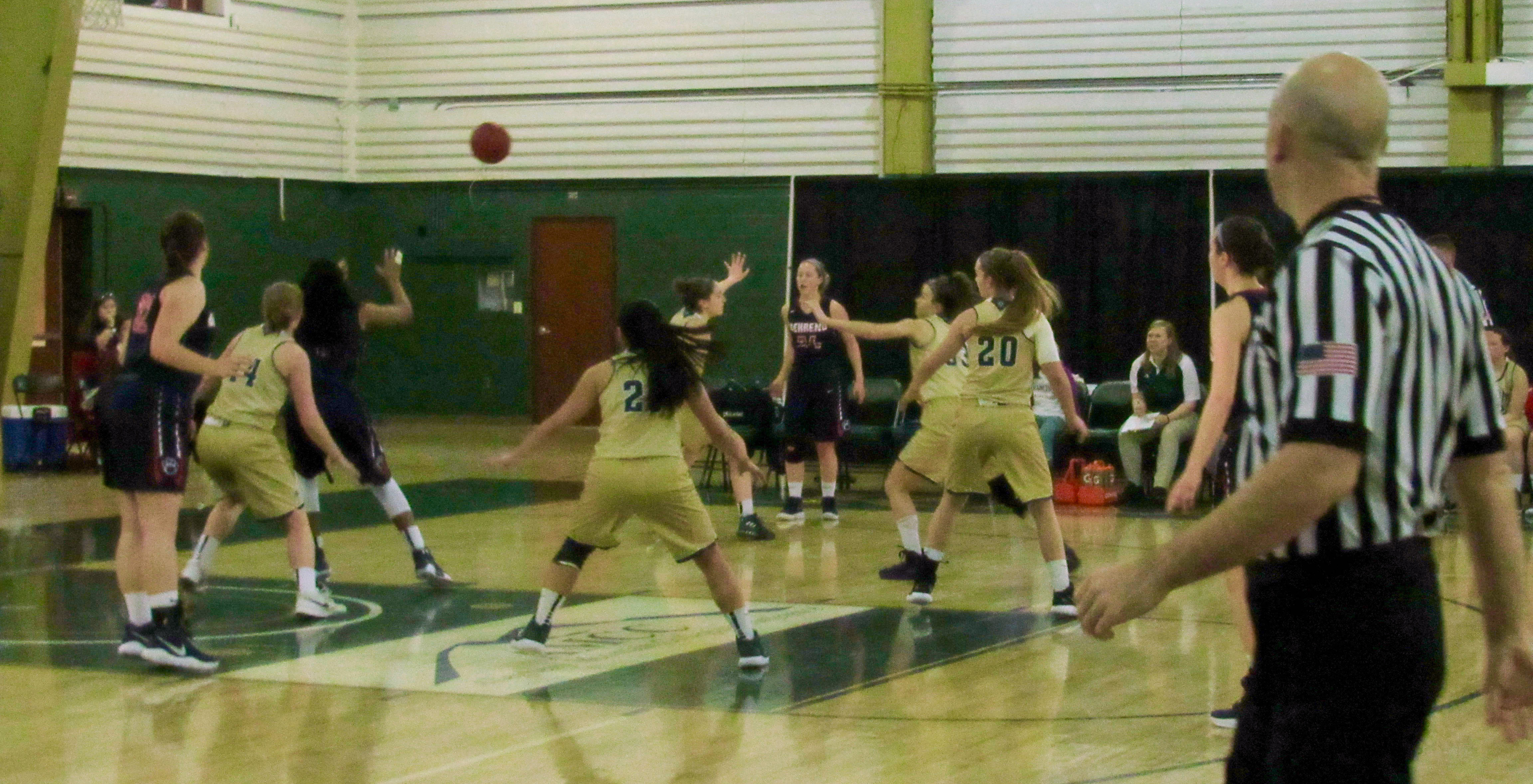 The Franciscan University women’s basketball team played statistically one of the best games of its season in a Saturday afternoon 73-53 loss against conference opponent Penn State-Behrend.

Dominant defensive rebounding for the Lady Barons put the ball into the hands of an open Baierl, who added an uncontested three-pointer with a Stead midrange jump shot to put Franciscan on top, 21-20. After Behrend offensive efforts added three consecutive jumpers, Franciscan again leveled the score, courtesy of a De Jesus shot from well beyond the arc and a Sonneberger jumper with 5:12 remaining in the half. Behrend added a jumper of its own after a timeout to accrue a 28-26 lead, before Stead matched back-to-back Penn State scores with baskets of her own. The Lady Barons were down two when the halftime buzzer sent both teams to the locker rooms.

In a third quarter that was statistically one of the finest for the Lady Barons, the women shot 44 percent from the field, though they added only 10 points to Behrend’s 20. Sonneberger and Baierl each added jumpers from the field during the quarter’s opening minutes; freshman guard Annie McGraw registered a three-point dagger from deep, cutting Penn State’s lead to nine, 49-40. Despite another Stead three, Behrend found a double-digit lead, 55-43 by the conclusion of the quarter.

Behrend continued to add to their lead as the fourth quarter commenced. They outscored the Lady Barons 18-10 during the course of the final 10 minutes. Stead broke Penn State’s hot streak with another basket from beyond the arc, three of her season-high 19 points. Behrend scored 11 of the final 15 points on the floor and ran away with what became a 73-53 final score.

2018-01-30
Previous Post: Late-game deficit too much for Barons in loss
Next Post: Students join Students for Life in programs to reach out with a message of life