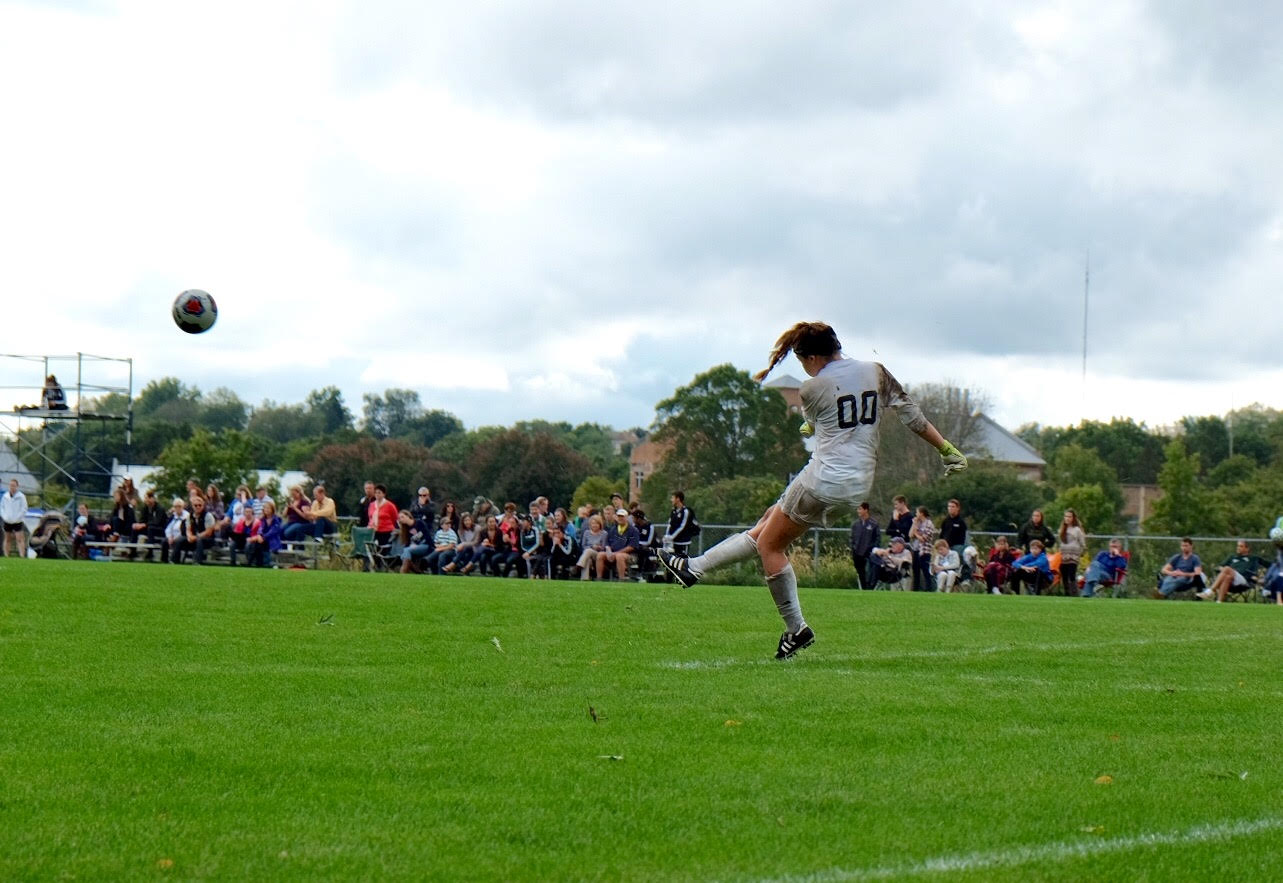 Despite the challenges of a slippery field, the Lady Barons soccer team won their first home conference game against D’Youville College on October 1, thus snapping their losing streak.

“In our conference play we lost our last two games, very close games,” said Head Coach Clare McBane. “These girls work hard, and they play well, and have yet to have it fall in their favor. It was great to see them finally get to see the fruits of some of their labor.”

After many shots on goal by multiple players, senior defender Joanna Dawyot scored the first goal for the Lady Barons with only 13 minutes remaining in the first half. The girls on both teams took the field after halftime with increased rigor, with even more force, taking many shots on goal; but it was freshman midfielder Katie Killian who got the successful shot, with an assist by junior midfielder Olivia Janney, with only five minutes remaining in the game.

McBane attributed the game’s great success to the changes in lineup that the team displayed during the game. Goalkeeper Sarah Luebking, sophomore, successfully protected her goal throughout the first half, with five outstanding saves.

In the second half, freshman defender Glorianne Trippe took a turn in goal, allowing Luebking to skillfully play the field for the next 45 minutes. “Having Sarah out of goal and on the field was very beneficial to us offensively,” said McBane.

McBane also stated that Dawyot’s strong offensive presence building from the back “really helped fuel our attack and helped get us the game winning goal and other opportunities that we had.”

According to McBane, this win was important not just because it was a conference match, but also because it was a moral victory for the team, who had been working hard all season for this well-deserved win.

“We have a young team,” said McBane, “so it’s exciting to see them developing. Any game where they start to get offensive breaks or have great offensive plays is very encouraging for them, both for the rest of the season and for years to come. ”

The Lady Barons will next take on La Roche College at home on Wednesday, Oct. 5, at 2 p.m.