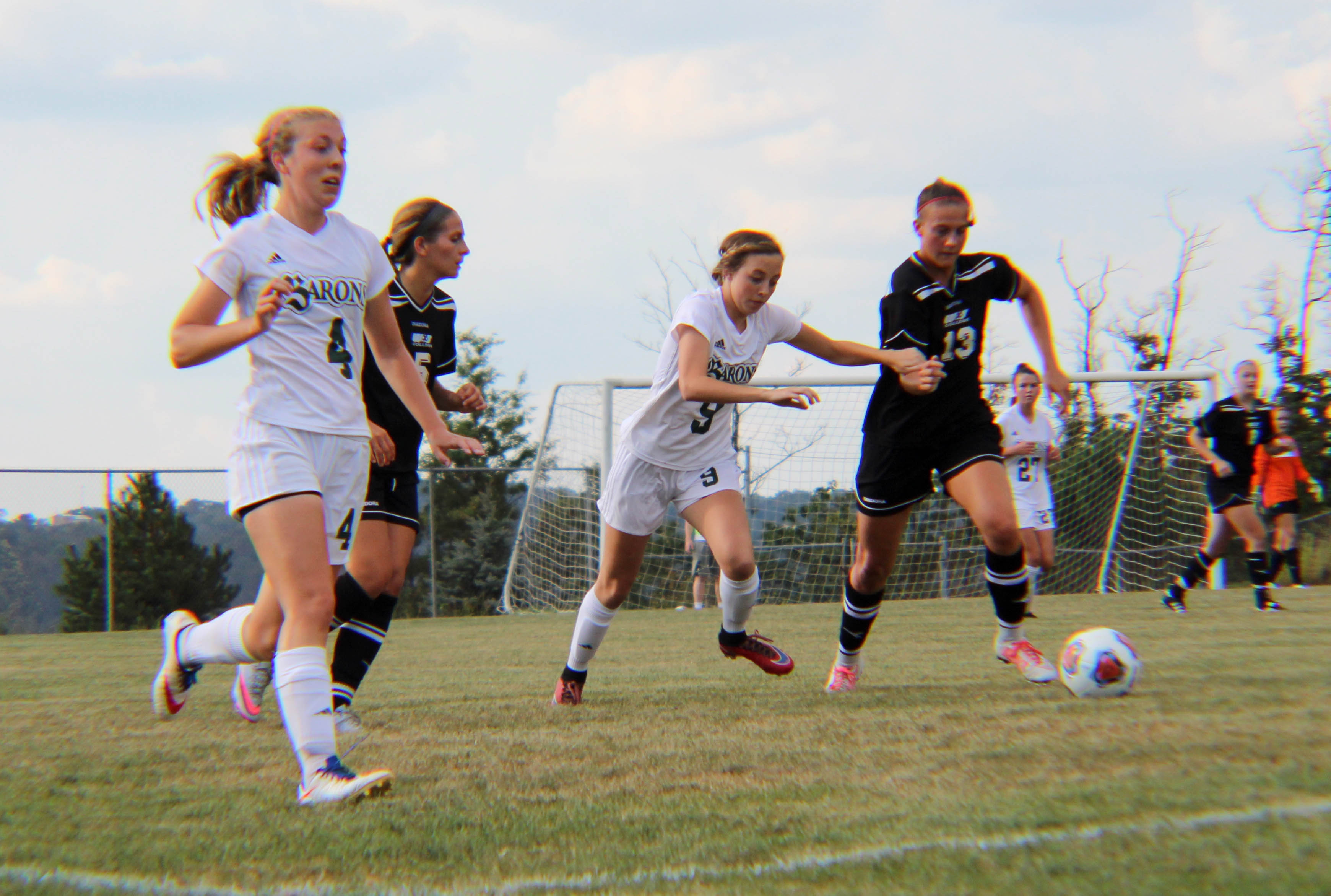 Franciscan University women’s soccer team lost, 5-0, on Tuesday against the Washington and Jefferson University Presidents, despite a fierce effort.

Franciscan battled hard against Washington and Jefferson, and was able to stop numerous attempts at scoring, even blocking two free kicking attempts by Jefferson. With an impressive series of saves, passes and attempts at the opposition’s net, the women’s soccer team has reason to be proud of Tuesday evening’s game.

Less than ten minutes into the game, Franciscan found themselves in a 2-0 hole, after a punishing series of two consecutive goals from Washington & Jefferson. The opposition soon added a third goal with 18:10 gone in the first half, a ground ball that found the back of the net, just beyond the reaches of freshman goalkeeper Marita Ostrich.

The Lady Barons earned themselves successive shots on goal as the first half neared its conclusion, one of which junior midfielder Elizabeth Dawyot sent just above the crossbar. After a penalty earned the Lady Barons a corner kick, sophomore Janelle Lunde sent a beautiful ball into the box, but Franciscan was unable to gain a clean look on the ball.

Washington & Jefferson would earn another goal before the first half would conclude, and another just after the onset of the second. The Lady Barons tightened their defensive efforts in the second half, preventing any additional Washington & Jefferson scoring, although they ere unable to minimize the deficit with a goal of their own.

Despite the loss, the Lady Barons walked away with heads held high, in anticipation of a positive remainder of the season. Of the loss, Head Coach Clare Mcbane remarked, “The team was playing a defensive game and was not attacking on offense very much. We need to step up our game offensively.”

Freshman Nick Brierly agreed and said, “It’s a bummer that we lost, but the season’s not over yet.”

The Franciscan women’s soccer team will need all the student support it can muster on Saturday, September 23 at 3:15 p.m., when it takes on a visiting Hilbert Hawks team currently seeking its first win on the season.