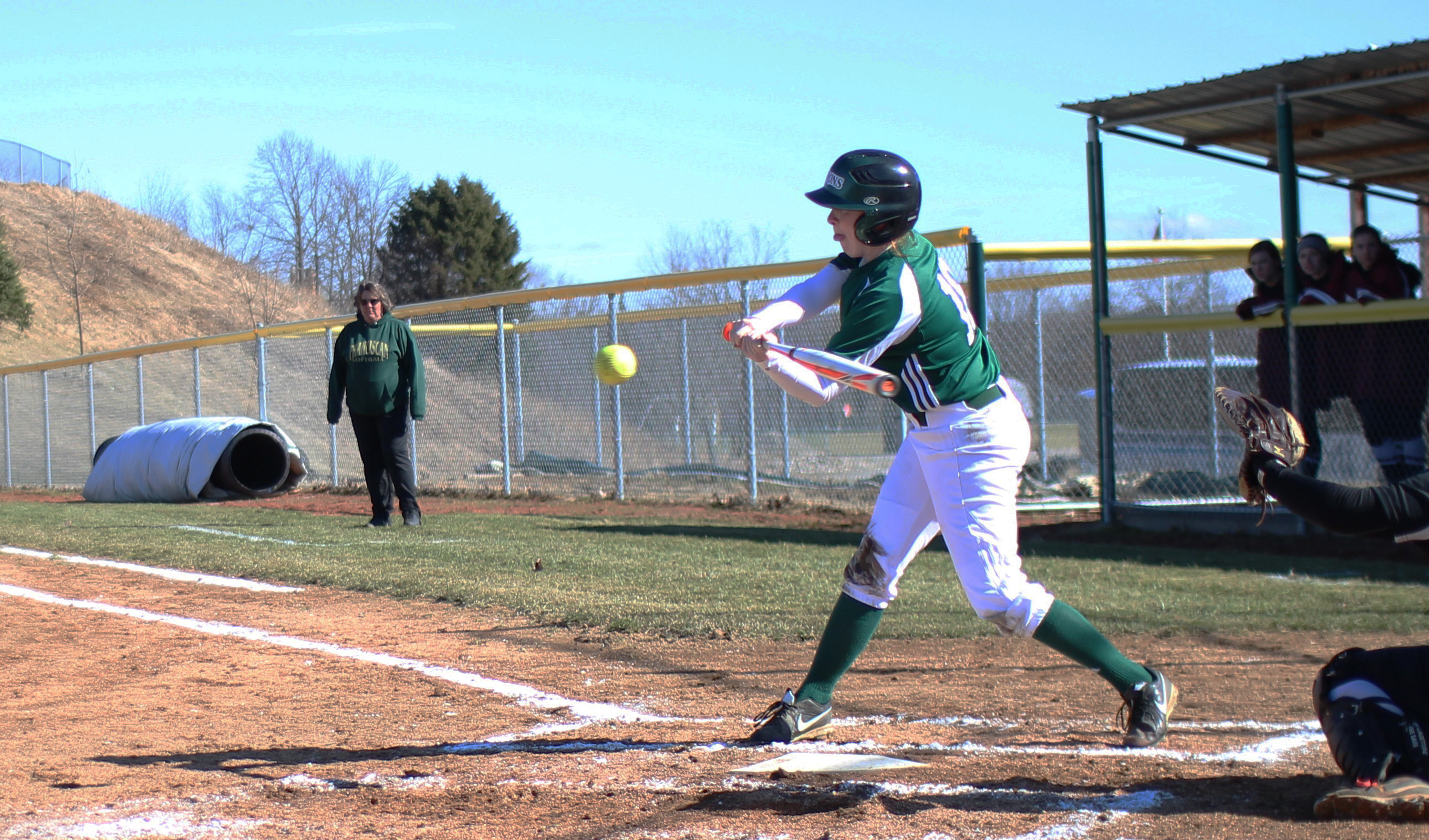 Conference play started off slow for Franciscan University’s softball team as the Lady Barons dropped their doubleheader against Penn St.-Behrend 20-0 and 14-4.

“It was tough starting out with probably the best team in the conference,” Head Coach James Walker said. “We knew that they were going to be really good when they got here. Just the way they hit the ball was really impressive.”

The Lady Barons’ offense and defense could not match the strong early pitching of sophomore Jordan Cunningham. The sophomore only allowed four runs in the first three innings of game one before a 13-run fourth inning put the game out of reach. A majority of the Penn St.-Behrend Lady Lions’ runs in the first game were unearned, coming off bad throws and missed ground balls.

“Our pitchers are doing better. They’re throwing a lot more strikes,” Walker said. “Now it’s just a matter of our defense helping them out a little bit and not making errors behind them.”

The Lady Barons also struggled to get the bats going in the first game, with Lady Lions throwing a no-hitter into the fifth and final inning. However, freshman Caroline Durand came in as a pinch-hitter and was able to pick up her first hit of the season, which turned out to be the team’s only hit of the game.

The team was able to make some adjustments in between games both offensively and defensively. Lead-off hitter Cecilia Lademan came out swinging and started the bottom of the first with a hit, tying the hit total from game one. Lademan came around to score off senior captain Hailey Wesselman’s single.

Wesselman advanced two bases and then scored with the next batter, another single, this time by Cunningham. The score after one inning was 5-2, already an improvement from the first game.

The defense was also able to step up, led by freshman shortstop Lindsey Finch who had a lot of opportunities at her position and consistently turned them into outs. The team overall made significantly less errors in the second game, a key to a more reasonable score on Behrend’s end.

“I think we just made a few more plays in the second game,” Walker said about the adjustment in between games. “In the first game, we gave them a couple extra outs and prolonged the innings. Any time you give a good hitting team extra outs, they are going to score a lot of runs against you.”

The beginning of conference play has given Franciscan a lot to think about in terms of improvement and moving forward in the season and in the conference. Walker said that the team mainly has to pick up its level of competition.

The Lady Barons will next host Medaille College for a doubleheader after Easter on April 11 at 1 p.m. and 3 p.m.