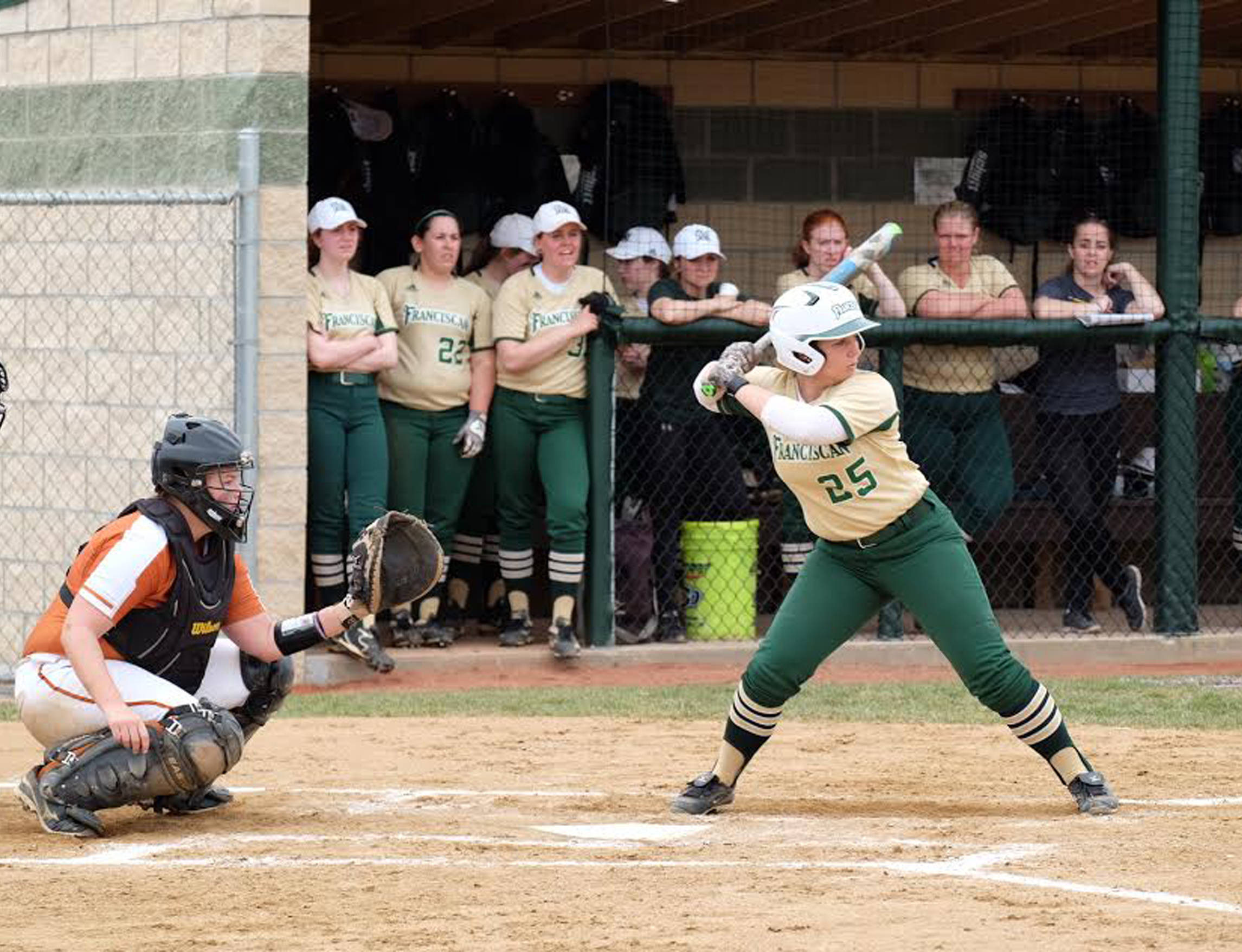 The Lady Barons (4-8) won their first home game since 2015 during the first game of their non-conference doubleheader vs. the Waynesburg Yellow Jackets (4-8).

Senior Jordan Cunningham led the Lady Barons from the pitching rubber, giving up just one run and striking out five as she pitched her way to a complete game. Cunningham gave up only five hits, as she was aided by a solid defense behind her.

After a scoreless first, the Lady Barons put up a run up on the board following junior Lindsey Finch’s single to right with the bases loaded, scoring freshman Ashley Kondracki. But Yellow Jacket pitcher Courtney Messenger held them to just the one run and finished the inning free of any further damage.

The Lady Barons picked up another run in the fifth inning, thanks to freshman Dennise Carrazco’s one-out RBI single through the pitcher’s box, scoring Finch, who had doubled to right leading off the inning. Carrazco was able to reach third base on a sacrifice bunt, but was stranded there as the next batter flew out to right field, one of three times she was left on base.

Cunningham ran into some trouble in the top of the sixth, when Waynesburg loaded the bases with only one out. Facing the second baseman Ashley Dubovich, who had doubled earlier in the game, Cunningham regained composure and retired Dubovich on a called third strike before inducing a groundout to shortstop to prevent a run from scoring.

The Yellow Jackets finally put themselves on the board in the top of the seventh, when the catcher Mackenzie Smith lofted a deep fly over the left field fence for a home run. The Yellow Jackets were able to get the game-tying run on second with one out, but were unable to score that runner, leaving the Lady Barons with a 2-1 win.

Finch went 2-for-2 with an RBI, and sophomore Anna Ames made several strong defensive plays at third base, both of which were essential to winning this close pitchers duel.

The Lady Barons will next play La Roche in a doubleheader at home on April 1, beginning at 3 p.m. This game will mark the beginning of AMCC action for the team.

2017-04-02
Previous Post: Men’s lacrosse lose tough game to Ohio Northern
Next Post: Conservative Column: Why baseball is a sport made for conservatives