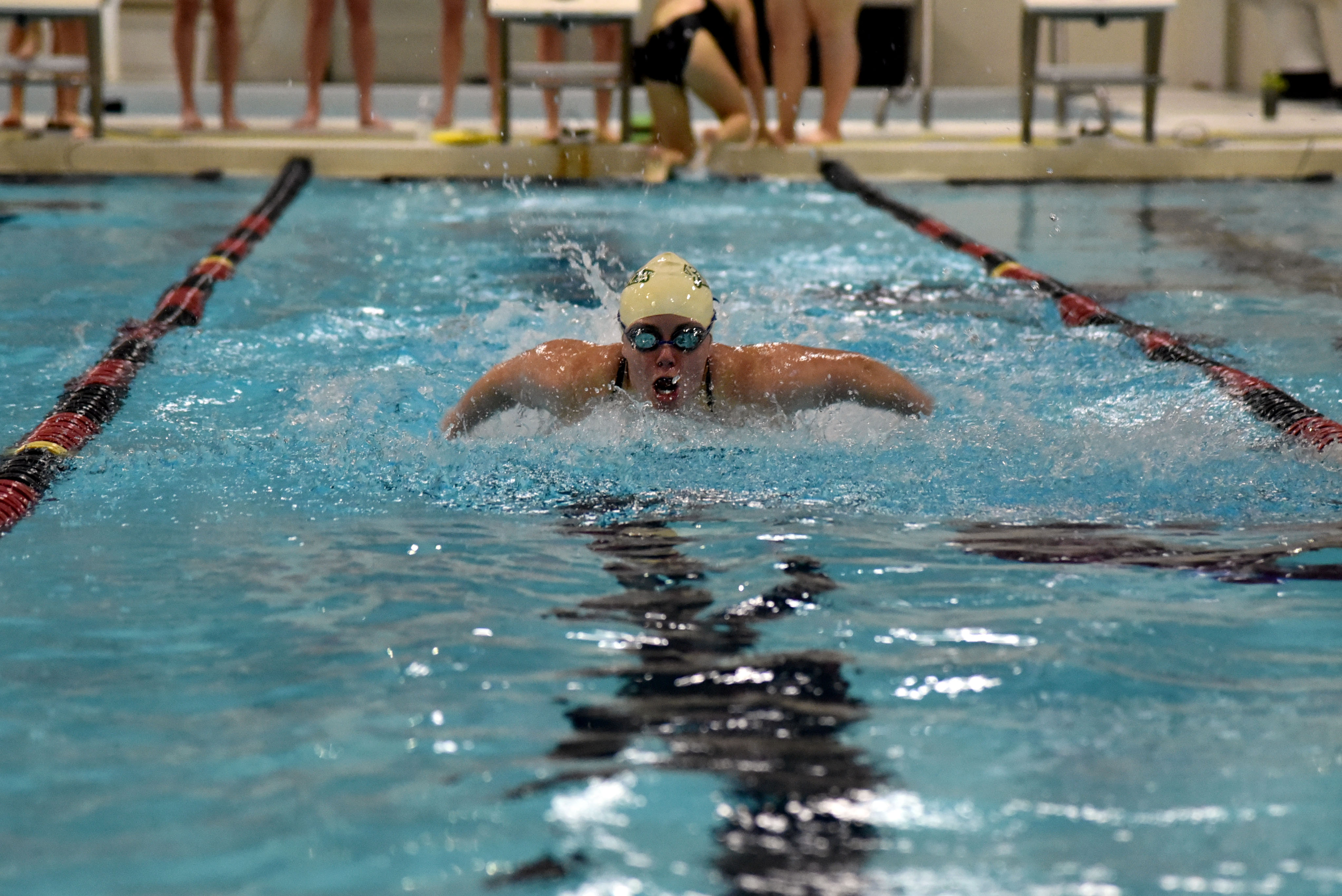 Franciscan University’s swimming and diving team saw several improved and strong performances from its swimmers against Hiram College but could not come away with a victory falling, 113-95, in Steubenville.

Of the strong performances put out by the Lady Barons, the stars that shone the brightest were sophomore Elizabeth McNulty and senior Kellie Rankin.

McNulty took first place in both the 100-yard butterfly and the 200-yard individual medley.

“Elizabeth had the misfortune of losing her goggles in her medley which slowed her down from her usual time but she still took first place which I’m really proud of,” said Head Coach Cassandra Pyle.

Rankin competed for the last time at home as this was her senior night. On the boards, she was superb, nabbing several 8s.

“We’re all really happy to have her on the team and we’re going to miss her next year,” said Pyle. “She’s always the number one person you can count on to help out with anything and she’s always very caring. She puts a lot of heart into the team.”

“She did very well tonight,” said Pyle. “First week nerves are inevitable. She swam a lot of yardage with the 1650, the 200 and the 500 after that. I did a time … trial at the beginning of the season, and she was at seven minutes (referring to the 500). She’s shaved off 30 seconds since then.”

The ladies of Hiram College showed themselves to be the overall superior team, especially in the relays and in short distance races. In nearly every race, they seemed to have an edge.

Pyle noted the improvements of several swimmers including freshman Julia Dupres and freshman Katherine Kennedy. Dupres continued to improve in her 50-yard freestyle, taking third place. Kennedy swam several events including the 200-yard freestyle for the first time. Pyle said that with some practice she could make it a strong event.

2015-11-18
Previous Post: Our Lady of Guadalupe Festival
Next Post: CATHOLIC VALUES COLUMN: The importance of education in understanding one’s enemies