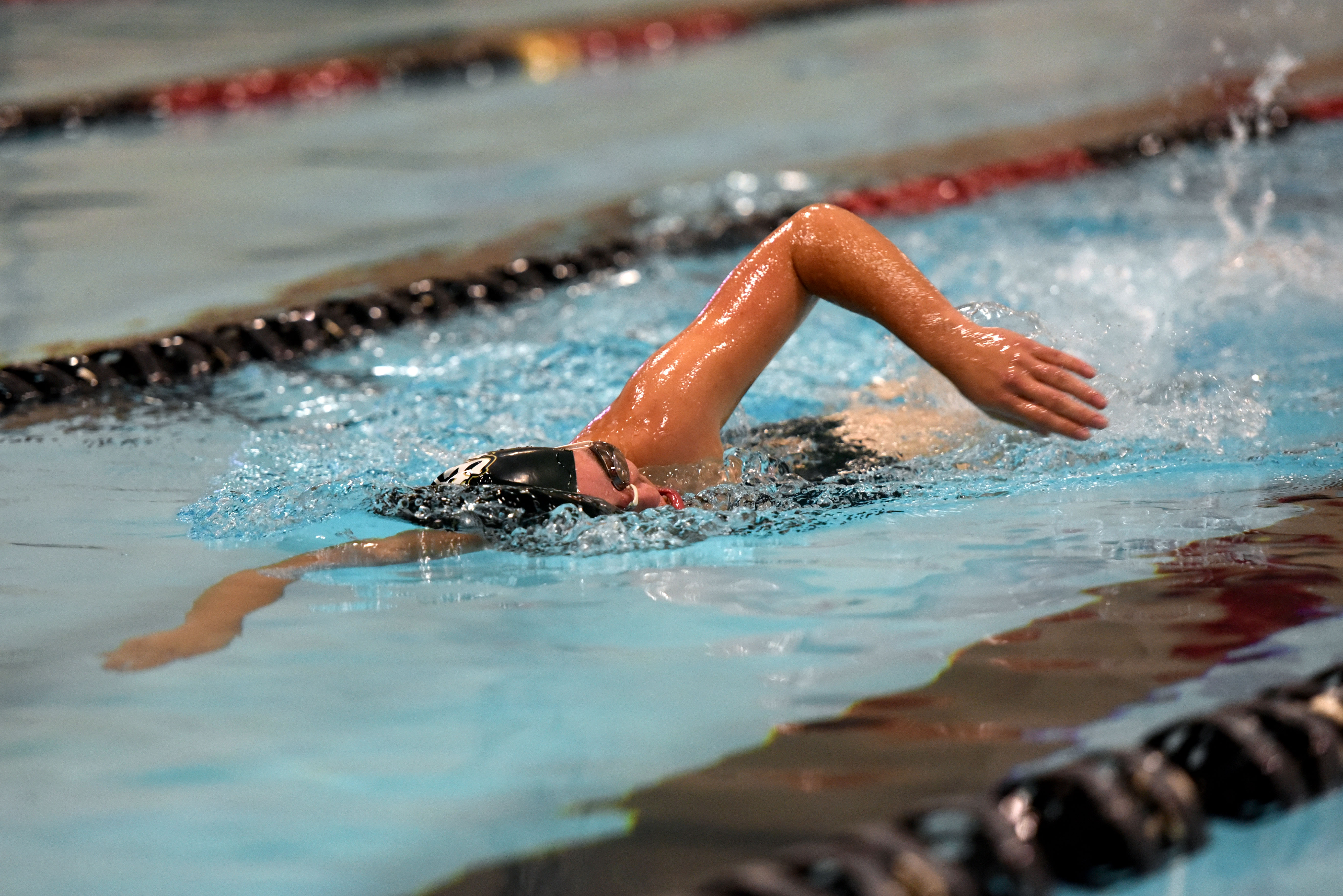 Franciscan University Lady Barons swimming and diving team pulled out a tie through strategic placement of its swimmers, despite a strong performance from opponents Division II Ursuline College.

The stars for the Franciscan side were Abby Commarford, Elizabeth McNulty and Kellie Rankin.

Commarford was the only girl from either side to take on the 1000-yard freestyle, proving her mettle as a long distance swimmer. She swam a consistent race the whole way, finishing with a time of 14:28.62, earning nine points for her team.

“Abby did really well with her 1000,” said Head Coach Cassandra Pyle. “She met the pace that she wanted to for the meet.”

Commarford picked up another four points by taking second place in the 500-yard freestyle with a time of 6:57.98.

McNulty showed why she is considered one of the strongest swimmers on the team by winning the 200-yard individual medley against two of Ursuline’s toughest swimmers. She finished with a time of 2:25.41, five seconds ahead of second place.

She was also the only competitor to compete in the 100-yard butterfly, finishing with a very fast time of 1:04.49.

“Elizabeth McNulty is always a very solid swimmer,” said Pyle. “Last year she did very well in the AMCC Championships. I think this year she will do really well in all the meets she’ll be in.”

Rankin showed her dominance on the diving boards, winning both heats with scores of 123.55 and 106.20.

“She had a lot of very difficult dives that weren’t the easiest rating wise, and she performed really well in all of them,” said Pyle.

When all was said and done and the scores were totaled, everything came out even at 95-95.

“I’m very impressed with the girls,” said Pyle. “We’ve only had eight days in the pool with practice to this point and that they were able to get in and tie with a Division II school really shows that we have a lot of promise for the rest of the season.”

Looking ahead, Pyle said that the most important thing the team needed to work on was its endurance. Many of the girls started their races well, but they need to able to finish strong as well, she said.

The Lady Barons will travel for their next meet Oct. 30 at Frostburg State.

2015-10-27
Previous Post: Regina Angelorum Coffeehouse
Next Post: First in series of Growth in the Spirit seminars focuses on praying in tongues