Lady Barons triumph in honor of their cherished seniors 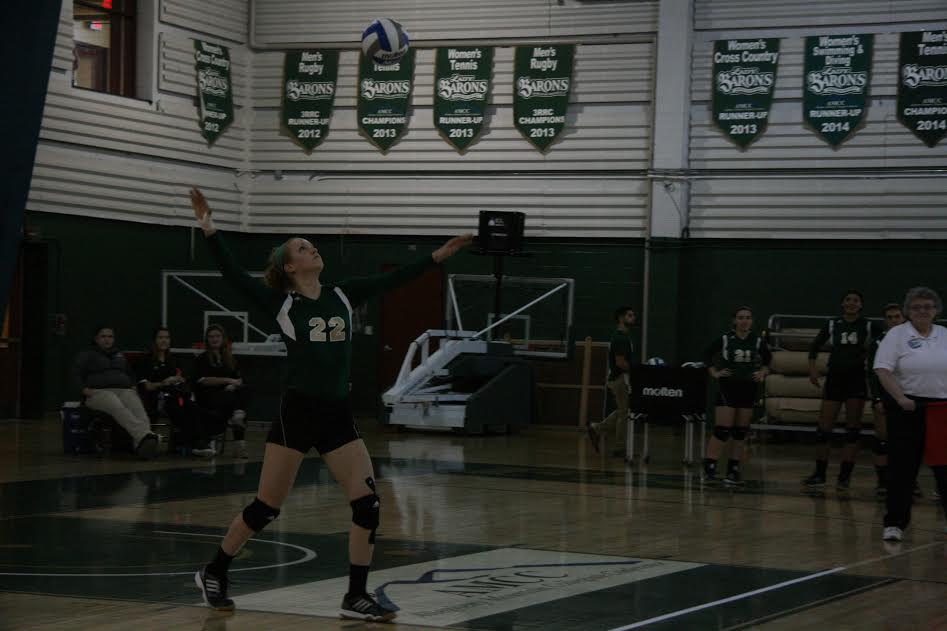 The Lady Barons’ volleyball team won their Senior Day match on Saturday, Oct. 22, defeating Penn St.-Behrend by a score of 3-0.

The Lady Barons began their first set with a significant lead of 6-2, but after a timeout, the Behrend Lions came back ready to make this victory for the Barons hard-fought. The teams from there played a very evenly-matched two sets, with the Barons ultimately winning both, 25-20. The final set ended with a score of 25-16, with the Barons leading the whole time and especially dominating the second half of the set.

“It was awesome to play well after we stumbled against La Roche,” said Head Coach Kelly Herrmann.

Freshman middle hitter Roz Pridemore and sophomore outside hitter Maria Ciola led the team in kills, with 11 each. Herrmann said that “lately, our hitters have been struggling to hit because we haven’t been passing well. So today, from the start, with just a little hiccup here and there, we passed well, and then we can get our hitters in more of the flow of the game.” The team ended with an impressive overall hitting average of .245.

Sophomore setter and outside hitter Callahan Hickey also played a strong game on Saturday, with 5 kills and no errors. “When she came in, we decided … let’s let Callahan hit, give her a chance to hit,” said Herrmann, “Callahan ended up playing all the way around and was hitting well and passing well, so that worked out great.”

This success was especially touching for the team due to the fact that that game was the senior celebration. Before the game, Herrmann enlisted the girls to “play in a way that honors Mary (Moore) and Rachel (Potopa),” the two seniors on the team.

According to Herrmann, both Moore and Potopa, who are also the team captains, are great leaders and do whatever the team needs. “They are committed no matter what, in good times and bad,” she said.

The next home game for the Lady Barons will be the AMCC quarterfinal against D’Youville College on Wednesday, Nov. 2 at 7 p.m.