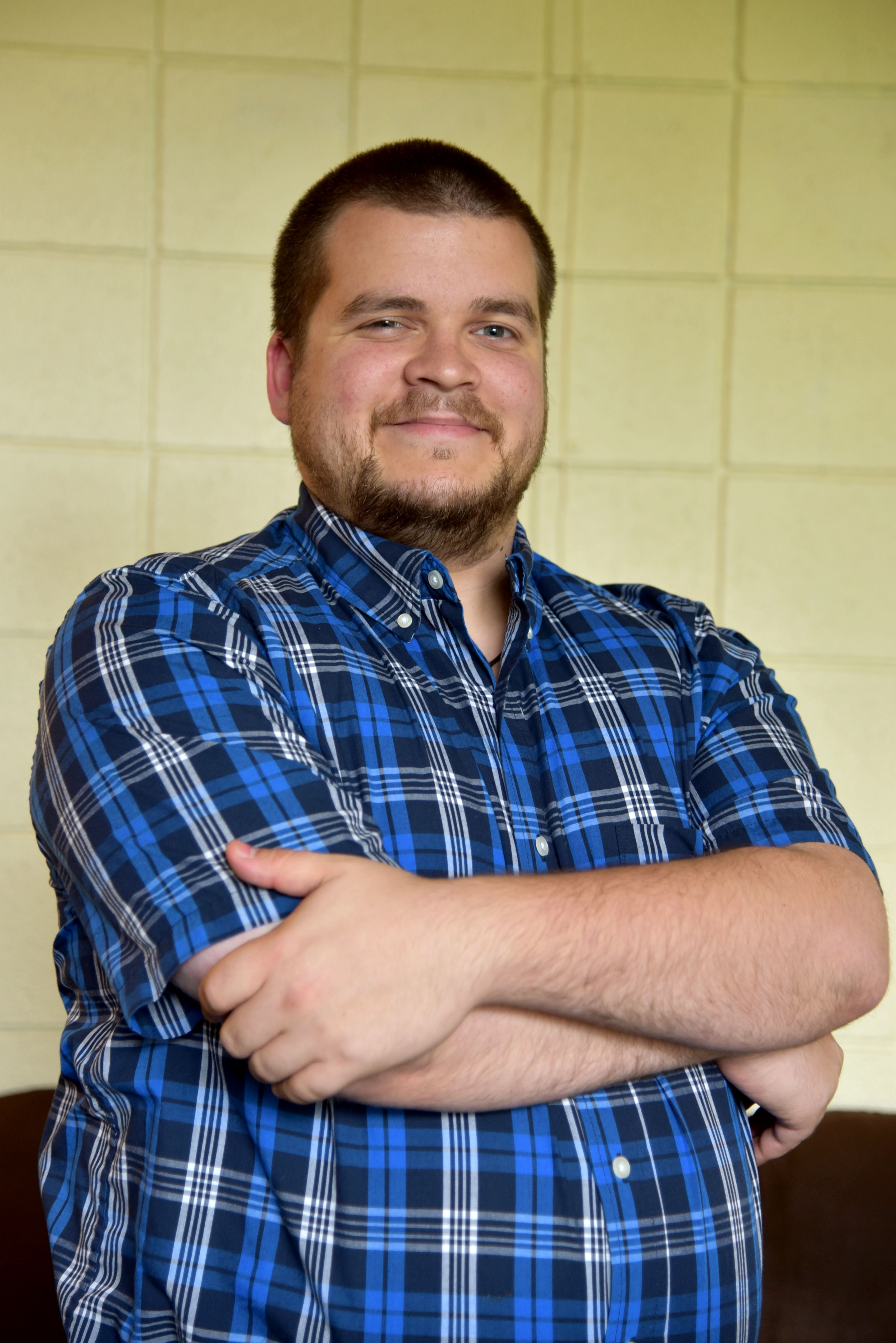 Leo Bond, the new residence director for Franciscan University’s Trinity Hall, said that he wants to build up community and encourage an environment where relationships are fostered.

“We want to build a community where we are all helping serve the broader missions of our school, church and country, through building a place where people feel very comfortable fostering relationships with others,” said Bond.

Bond is originally from Greeley, Pennsylvania, and he arrived at Franciscan this past summer. He received his bachelor’s degree in theatre from De Sales University and later received his master’s degree from Boston College.

He first heard of Franciscan University through the Newman Guide.

Bond’s main goal is to grow and foster community among his residents. He said one of the challenges he faces is trying to learn everyone’s names. Bond also said that one of the ways that he has strived to accomplish the task of mastering names is by asking that the residents say their names before he does when they pass each other; they will keep this up until he can say their names first.

“The people you spend time with, interact with, say hi to, it makes a difference,” he said. “If they are excited to be here and the fact that they care about the place makes me more excited to be a part of it.”

In order to build up this community, Bond strives to instill certain qualities in his residence assistants. Recognizing that many challenges come every day to those holding leadership positions, Bond said that he and his staff strive to exercise patience.

He did not pick his residence assistants but said that he could not be happier with them. Ryan Burke, Rick Staniszewski, Ned Hesser, Adam Weiss and Alex Roscigno make up the group. Bond shared that they immediately melded quite well and picked a Marvel Avengers theme for their hall. In fact, Bond said that he represents Nick Fury.

In addition to building up the school, Bond said that he hopes to share some of his hobbies with students, including reading everything from fiction to religious books, playing the djembe, guitar and ukulele, and cooking Asian food. He also recently started a Fantasy Football league.

“We have eight people from Franciscan,” said Bond. “I’m planning to defeat them all.”