Living stations bring the Passion of Christ to life on campus 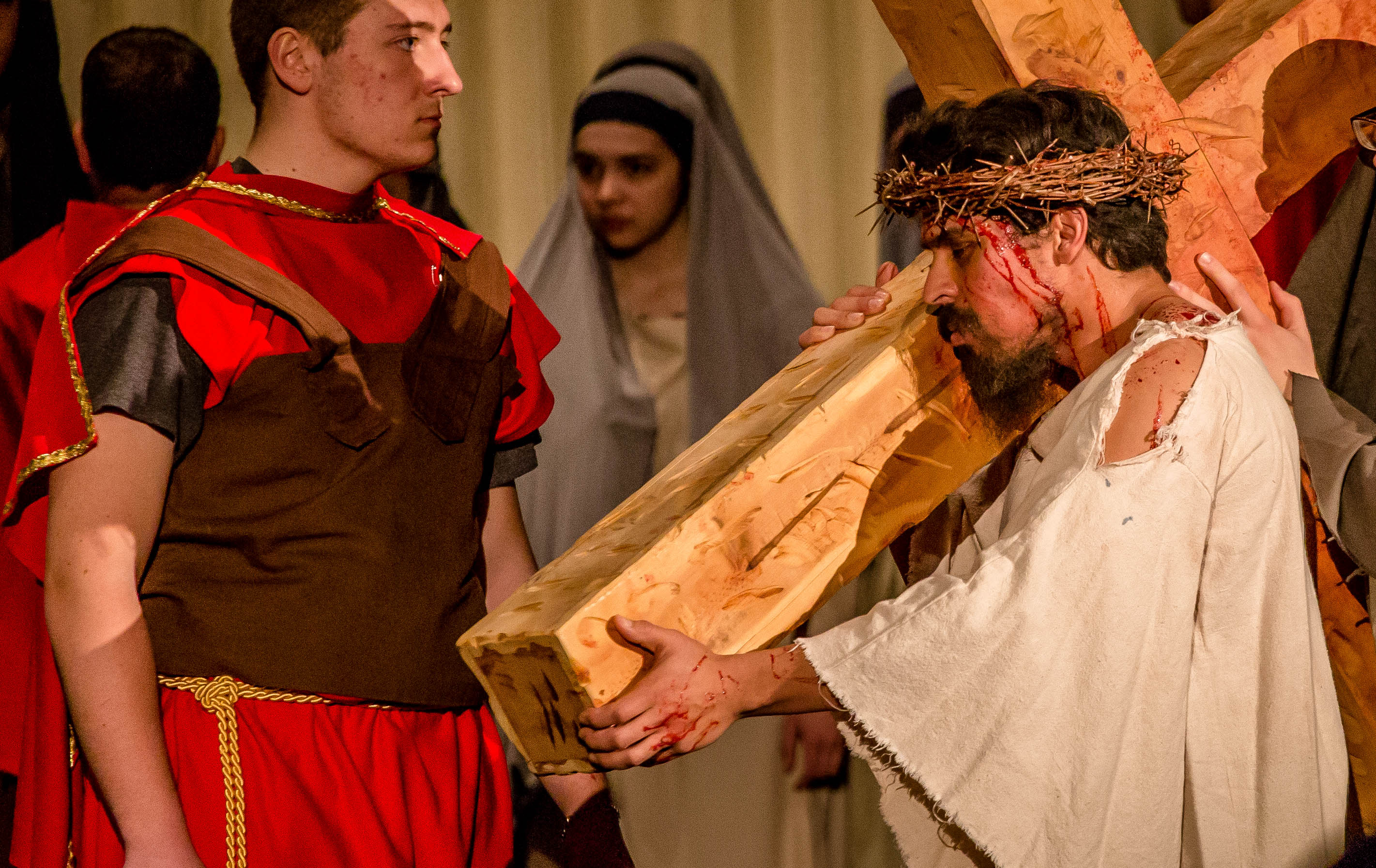 The Passion of Christ was recreated two times in Christ the King Chapel during Holy Week in a production called “Living Stations” to provide an atmosphere of meditative song and prayer for the community.

Performed and produced by Franciscan University students, Living Stations was theatrically presented on Monday, March 26, at 9 p.m. and Good Friday, March 30, at 9 a.m. and was attended by dozens of students, professors and guests.

The drama began with prayer and meditation before the actors took their place in the front of the sanctuary. The main altar had been removed and three life-size crosses were put in its place, with the middle cross raised higher than the others.

After the station was introduced, a short meditation was followed by the performance of each step of the Passion. A longer meditation was then read as the audience silently observed each scene. Everyone then participated in praying the Our Father and singing a brief Marian meditation.

Salvador Brambila, a graduate student, played Jesus Christ. His commitment to the portrayal was clearly seen through the physical demands of the role. Wearing a crown of thorns and graphic stage makeup, Brambila was repeatedly beaten with prop whips and pushed by forceful Roman soldiers.

The Living Stations production was closed by processing Jesus around the sanctuary on a stretcher. The other actors followed, carrying red roses and candles which they laid at the entrance of the makeshift tomb.

Juliana Lamb, a freshman biology major, said her first time witnessing the Living Stations of the Cross helped her “get into a solemn and prayerful mindset” for Good Friday. Lamb described the performance as “very moving.”

“I have never seen such a theatrical version of the stations,” Lamb said. “I was really impressed by everyone involved.”

On Good Friday, the performance required a ticket to attend, due to the sizable audiences in past years. By the large audience that attended the Good Friday presentation, it seemed the Living Stations continued its past success. Living Stations was sponsored by Christ the King Chapel.