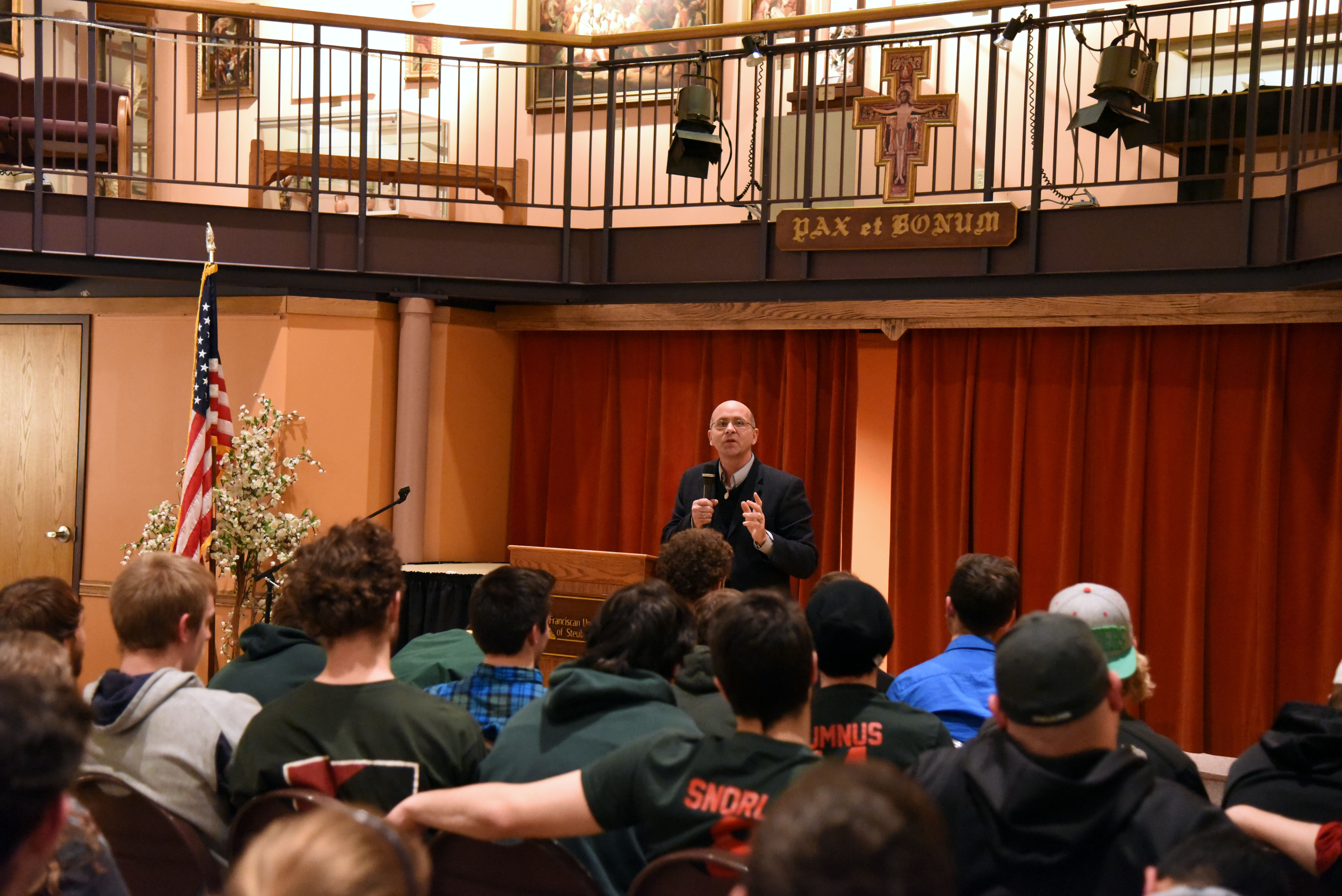 Dr. Miravalle, professor of Mariology at Franciscan University and world-famous Catholic speaker, addressed the possibility of an official church definition of a fifth Marian dogma in a presentation April 4, in the Gentile Gallery.

In his talk, “The 5th Marian Dogma,” Miravalle said that this dogma would officially define Mary’s role as Mediatrix, Co-redemptrix and Advocate.

Miravalle explained the movement in favor of this proclamation, brought up counter-arguments and refuted them, then opened the floor for questions.

This movement is 100 years old and is now “the largest petition drive per annum in the history of the church,” said Miravalle.

Miravalle said that it is “time to define her relationship,” because “every time a devotion is defined, it will bring grace to the church.”

He especially emphasized the importance of the petitions of the faithful in declaring dogma, saying, “Every major proclamation came not only from the bishops but from the people.”

Miravalle said, “A petition is a manifestation of the mind of the people. … And we have positive potential access for getting petitions gathered from here to the Holy Father.”

The two largest oppositions to the movement, said Miravalle, are currently that “it’s not well-received by Protestant Christians,” which could harm ecumenism, and it was not declared by Pope St. John Paul II.

In reference to the second argument, he said, “History will show (Pope St. John Paul II) did make efforts toward this proclamation.”

Miravalle said, “It’s not just titles, it’s what (Our Lady) does in the world. … Titles are how she manifests her spiritual motherhood.”

Joseph Palmer, freshman, said his favorite part of the talk was “when (Miravalle) brought in the arguments contrary to the dogma. I think that’s very important for proving his point.”

Freshman Patrice Neve said, “I thought it was informative and fast-paced.”

The Brothers of the Eternal Song household, which sponsored this event, had a table set up at the end of the talk for students to sign the petition for the proclamation of the dogma.