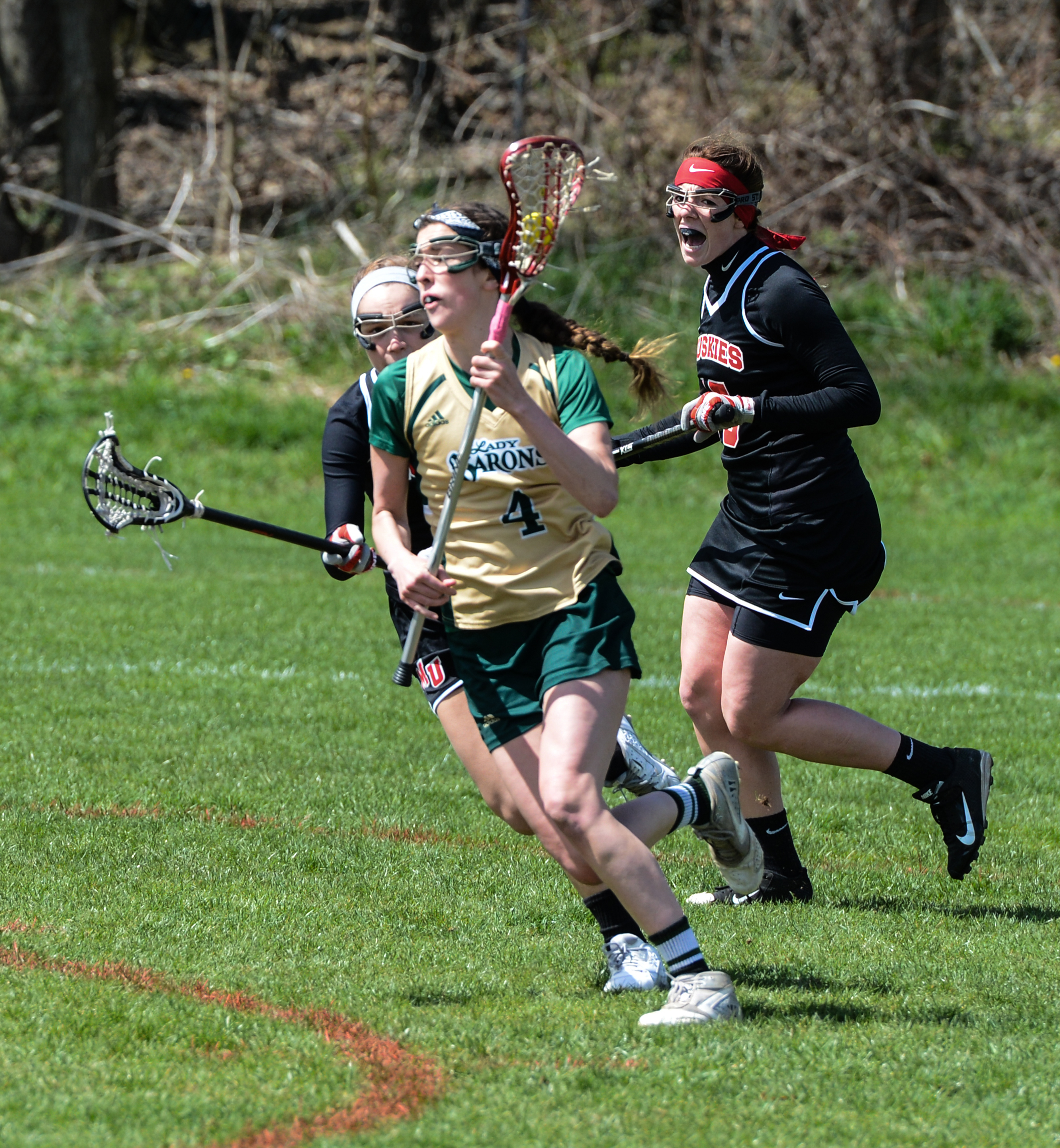 McClelland only needed two goals coming into the game to hit the career milestone. The senior took a lot of shots early in the first half but none found the back of the net until six minutes into the second half when she scored off an assist from fellow senior Lauren Noce.

Just six minutes later, McClelland put her 100th career goal in the back of the net to give Franciscan a 10-5 lead.

“To me, I just feel like I have the most supportive team that there is,” McClelland said about the milestone. “I’m excited about 100 goals, but I’m even more excited about being on this team. To me, my teammates are just everything.”

Head Coach Maura Conant said, “Tracy and all the seniors, this program could not have been built without them, without their dedication to the program. I’m so proud of Tracy and so happy for her that’s she’s able to get to that milestone this early in the season too. It’s just special that it was at our home opener her senior year, and she was able to reach that milestone.”

Conant knew that Muskingum was going to be a competitive opponent but she also knew that her team was up for the challenge.

“We’ve had similar scores with Muskingum and we knew that we needed to play our game and that, if we wanted to win today, we would have to do a lot of things well,” Conant said. “I think that’s what ended up happening.”

Freshman middle Elizabeth McEntee had a career performance as well, scoring five goals on eight shots before having to leave the game due to injury. Inspired by the play of its younger players, the rest of the Lady Barons stepped up to take down the Muskies.

“The freshmen are elevating our team and so it brings up the entire team,” Conant said. “Everybody from our goalie up until our high attackers had a great game and when you come together and you work as a team and you’re more concerned about the team doing well than individual glory, this is what happens. Everybody pulled together.”

With three consecutive wins, the Lady Barons now tie the program’s record for season wins with still seven games left in the season. Conant said that the team still has a long road ahead of them and that there is always room for improvements.

“Lacrosse is a long season, and we just look to each game to keep propelling us forward,” Conant said. “We just try to be where our feet are every practice and every game and just to do our best in that moment.”

The Lady Barons will host Hiram College on Wednesday, April 6 at 3:30 p.m.