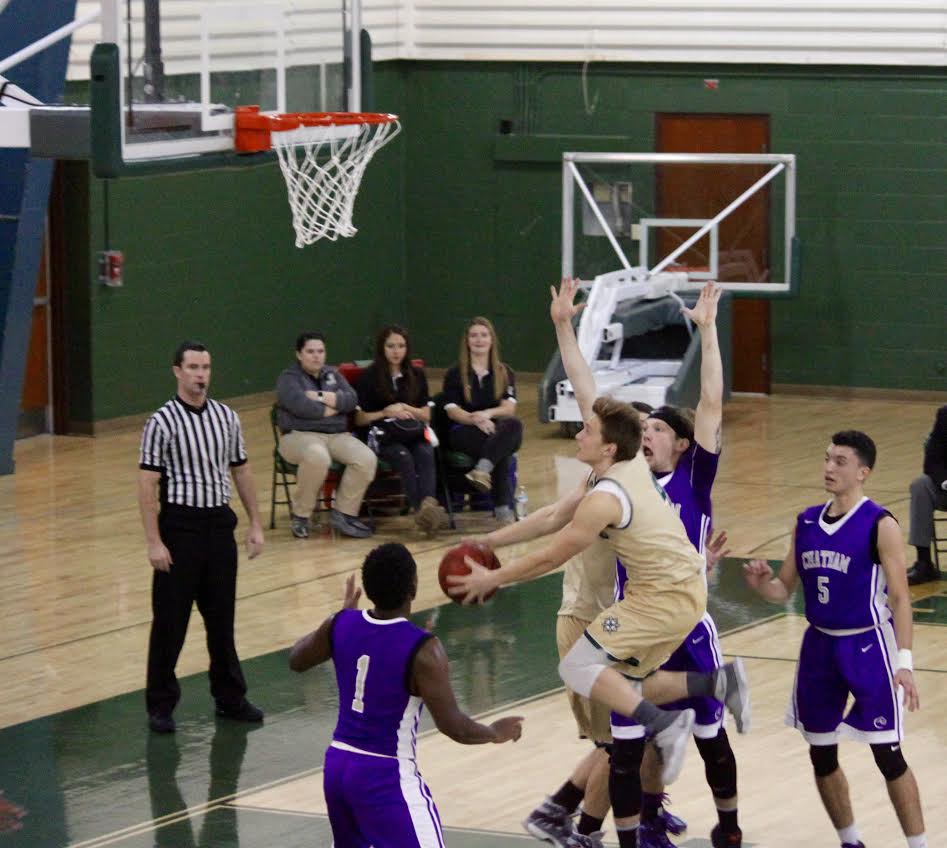 In its Tuesday evening season home opener, the Franciscan men’s basketball team fell to Chatham University, 77-64, despite strong play and a determined will.

The Barons and the Cougars stayed close in the first half of the game, until a three-pointer from Chatham’s Anthony Bomar and a rally of points pushed the Cougars into the lead 22-11 with 9:35 to play.

Sophomore Juwan Perkins set up the ball for senior guard Derrick David, placing the Barons in single digits behind Chatham. However, Chatham was about to maintain their lead for the first half; at the half, they held a 39-26 lead.

Senior Jacob Divens started the second half with a layup, decreasing the Barons’ deficit to only 10 points, but the Cougars soon built a 21-point lead, 77-56, with four minutes to play.

The Barons were able to come back to with eight more points, thanks to baskets from junior Keoni Sablan, freshman Josh York, and Divens, but couldn’t catch the Cougars, bringing the final score to 77-64.

York drained 15 points, including going six-for-seven from the floor. Perkins posted a double-double with 13 points and 10 rebounds.

Freshmen Michael Mendicino and John Noce played well in their first game at Franciscan. Mendicino chipped in 10 points and Noce added seven points, an assist, a steal, and a block.

“I am definitely disappointed in the loss tonight,” said Head Coach Joe Wallace, “but the good thing is we have a lot of really good young players…. Our defense needs to play better. We shot 48% from the floor. I will take that any day of the week. We just need to get our defense back on track.”

This game was the first for Wallace as head coach.

2016-11-20
Previous Post: New resident director’s journey to Francis Hall
Next Post: Senior-directed one-act to be a must see