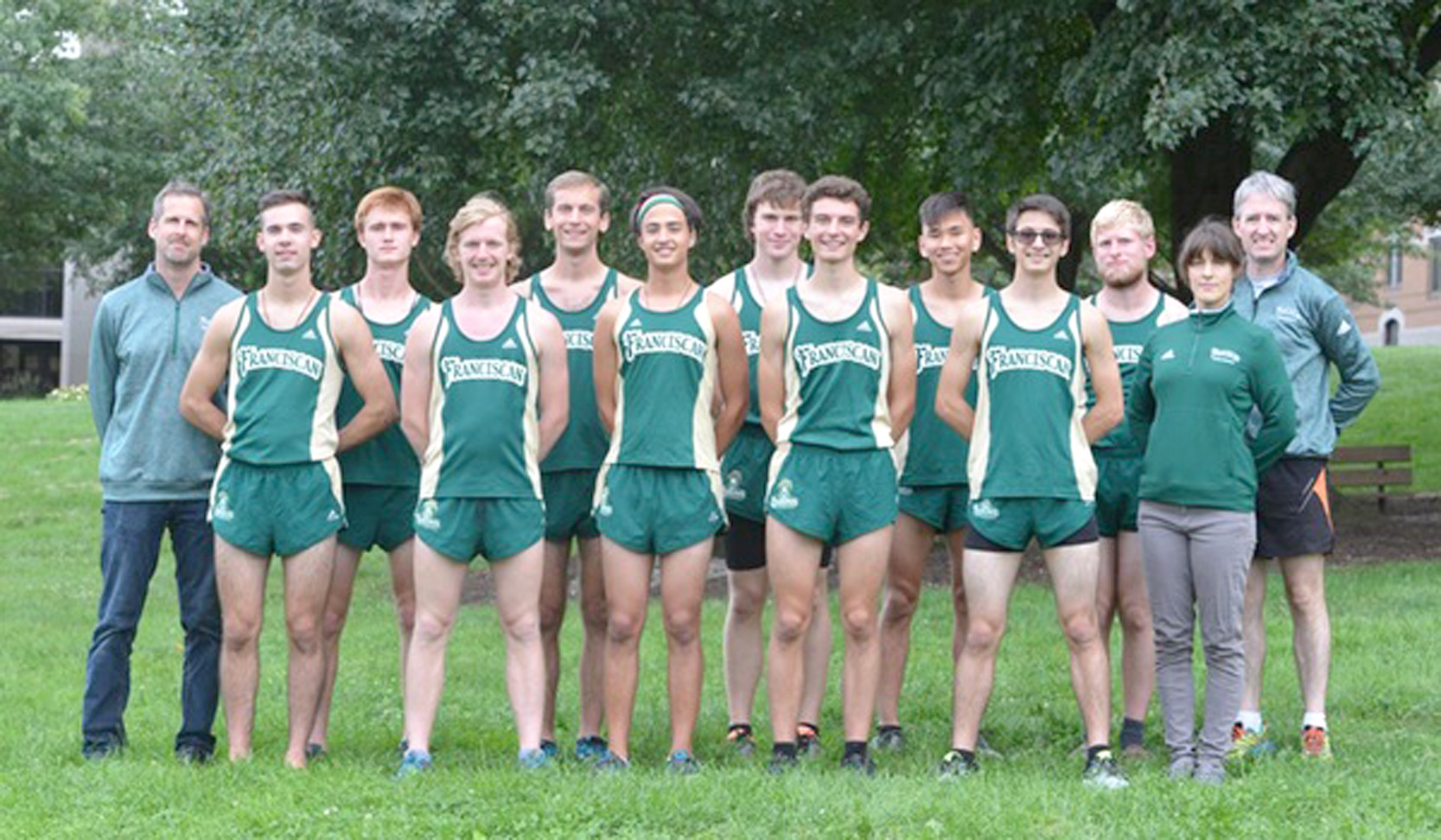 Facing the same rough conditions that characterized the women’s cross country competition, the Baron men also braved the cold, rain and wind at the AMCC Cross Country Championships at Evangola State Park in Irving, NY. The Barons fought hard but fell short by three points to PSU-Behrend in the team scoring, settling for second place. However, freshman Liam Galligan claimed the overall individual win, and six of the Baron men earned first team All-Conference honors by placing in the top 15.

The Barons were lead by freshman Liam Galligan, who took first overall in a time of 26:23, 19 seconds ahead of the second place finisher. He patiently sat on the leaders for the first half of the race and started to make his move near the midway mark. Shortly after the fourth mile marker, he assumed the lead and held on for the win. This is the first time a Franciscan runner has won the individual championship at the AMCC Championships since 2012, when Bill Jones won the conference championships.

Galligan was closely followed by a pack of teammates, lead by freshman Mark Borek in fifth place with a time of 27:18, junior Nick Long in sixth place at 27:26 and junior Grady Stuckman in seventh place with a time of 27:29. Another pack of Baron runners followed shortly thereafter, consisting of sophomore Matthew Crotteau (10th, 27:56), freshman Athanasius Sirilla (13th, 28:05). Senior Will Blackley, who placed 18th with a time of 30:18, led the rest of the Baron men, which included sophomore Luke McCarthy who placed 24th and ran a personal record of 31:09, and freshman JP Soulliere in 25th, with a time of 31:14.

The top seven runners will continue their season at the NCAA Mid-East Regional Championships in Newville, PA on Nov. 11, for their last meet of the season.