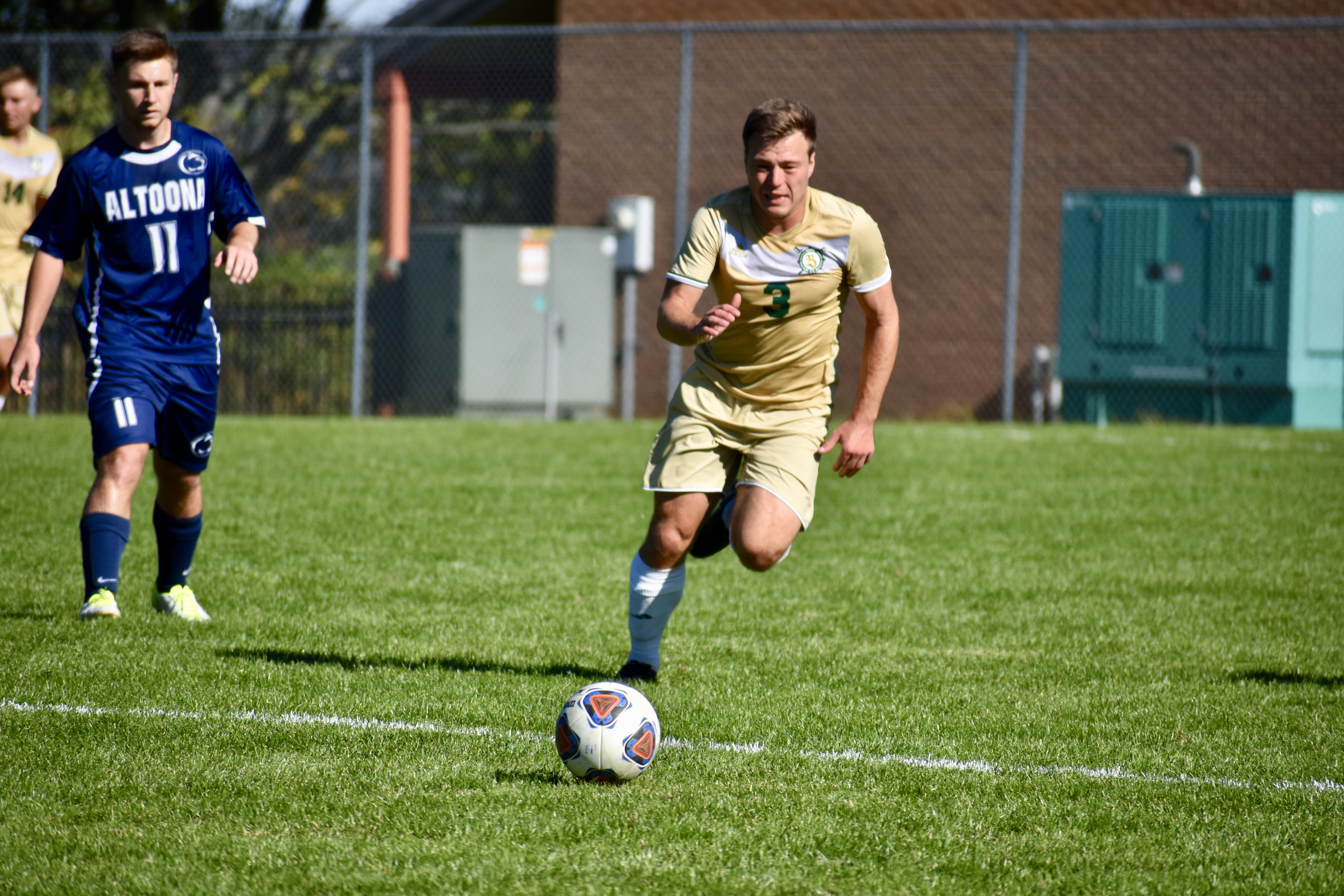 On Wednesday afternoon, the Baron men’s soccer team welcomed a conference rival, the Penn-State Altoona Lions, to the Upper Memorial Field. Franciscan was looking to record a win against the Lions for the first time since 2009. The last time the Baron men had won a match against the Lions, now head coach Christian Bobak was a player on the Franciscan squad. The Barons were able to get the win, 4-0, with great play from every player on the team, especially an offense that outshot Altoona, 23 shots to six.

In the first half of the game, the Barons played very aggressively and took the pressure directly to the Lions defense, with numerous shots on net. In the 25th minute of the game, the Barons took a 1-0 lead with a goal from senior Leo Herrmann, his 15th of the season. Franciscan continued to apply the pressure and gain more opportunities for goals, but they could not convert them. The Barons’ defense held up very nicely as the half progressed and only allowed two shots goal from the PSU-Altoona offense.

As the second half began, the Barons continued to apply the pressure to the Lions, who also had opportunities of their own. A great shot from the Lions’ offense almost eliminated the Barons lead, but the shot went off the goal post and the Baron lead was kept intact. The Barons returned fire and scored on great goals a second from Herrmann the 60th minute, and one from freshman Gustavo Gutierrez in the 77th minute, set up by an assist from freshman JP Bobak.

The Baron men capitalized on these opportunities by putting 10 shots on the PSU-Altoona net. Franciscan’s defense kept the team’s lead with great play from senior goaltender Thomas Dosedel, recording his fourth shutout of the year. The Barons would tack on another goal from Herrmann, his third of the contest, in the 87th minute, assisted again by Bobak, his second assist of the competition.

Head Coach Christian Bobak was very pleased with the overall play of the team, given that he remarked, ”Everyone played today and really earned this win. A lot of the credit goes to JP, Dom and Sebastian for setting up the goals and Leo for finishing the chances. Jude Ledyard and Daniel Vander Woude came in and played well while Michael [Bobak] had a great game.”