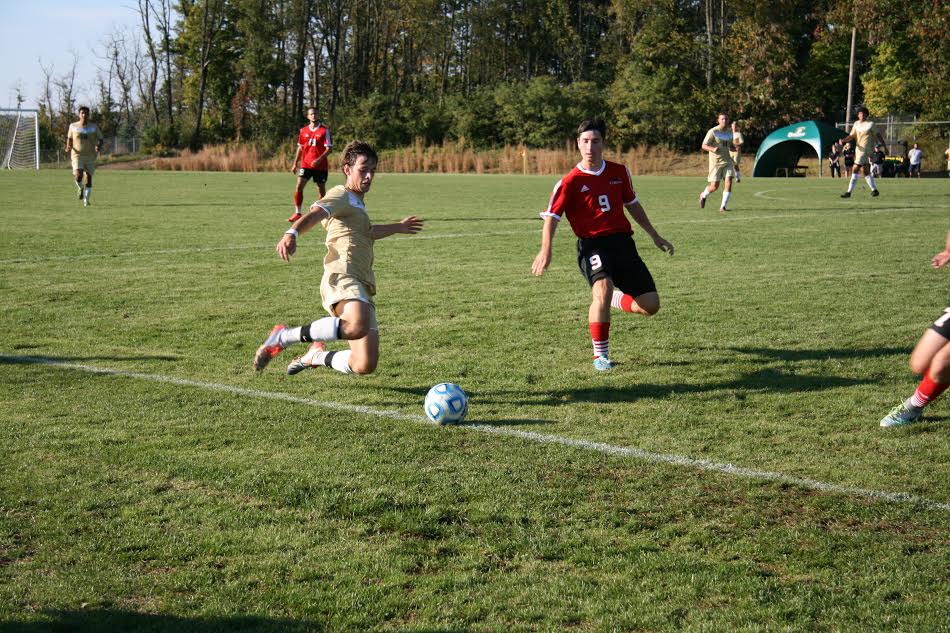 With a score of 3-2, the Barons added to their now four-game winning streak, and held their position as number one in the conference.

Franciscan took the lead when junior midfielder Dominic Vander Woude passed the ball up the middle to sophomore midfielder Christopher Lann, who scored his first goal of the season off the assist. The first half ended with Franciscan in the lead, 1-0.

However, only three minutes into the second half, La Roche scored their first goal, eager to get back in the game.

According to Head Coach Christian Bobak, “We knew it was going to be a dog fight coming in and the boys played like that the whole game. It was kind of back and forth the whole game but we thought we out-finessed them and had some good pressure on them.”

The match was fairly even with several close shots, and after the game Bobak commented, “Our defenders come out to play every game, we take pride in our defense, that’s for sure.”

However, despite a solid Franciscan defense, La Roche eventually leveled the score at 2-2. Tensions were high, but according to Francis, failure was not an option.

“Our mentality was that we are not losing this game, we’ve put all of our energy into it, we can’t lose this game,” he said.

The determination paid off and with five minutes remaining Franciscan’s offense rushed the box and senior defender Cuyler Ledyard had an impressive assist to junior forward Leo Herrmann who scored the game winning shot. The crowd erupted with a wave of relief and cheers as Franciscan took the lead to victory.