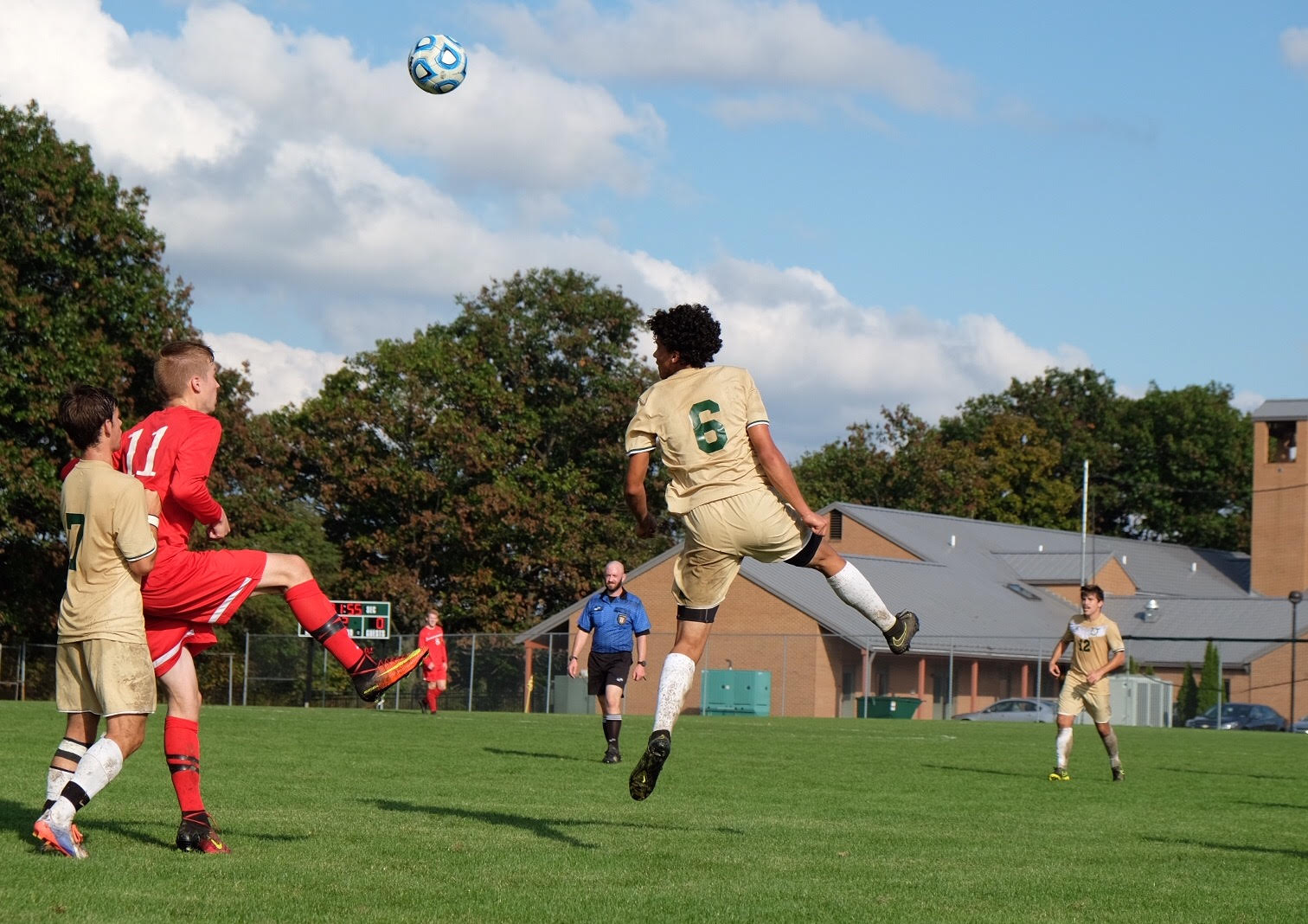 The game began with high energy as Franciscan senior forward Joe Francis made the first goal with a quality assist by sophomore midfielder Mark Fioramonti.

Toward the end of the first half, tensions continued to rise as the Barons worked for a bigger lead. Senior captain Joseph Duran said, “Most of the game it was just 1-0 so we had no opportunities to relax or they were going to come back.”

After the Barons took a 1-0 lead into halftime, the men returned determined to put the game away and within fifteen minutes, freshman midfielder Jacob Riguad connected on a powerful shot from forty yards out, scoring his first goal of the season.

Soon after with a corner kick, Fioramonti again placed the ball perfectly for a header by junior midfielder Dominic Vander Woude, who also registered his first goal of the season.

However, even with a 3-0 lead, the Barons refused to relax and within the last ten minutes, junior forward Leo Herrmann scored the fourth goal of the game.

In addition to the strong offense, Franciscan’s defense has had an exceptional season without a single goal scored against them in the conference games thus far. After the game, Head Coach Christian Bobak said, “Today we had forty-six shots and only four goals so we had to be patient with it … We’re happy with the win but we know we’ve got a tough road ahead of us.”

According to Duran, this will be Franciscan’s best chance yet at reaching the conference tournament, because the team has already surpassed their number of wins from last year.

Duran commented on the team’s progress, saying, “We have really high expectations for ourselves because the team’s chemistry is getting better and better.”

Men’s soccer has their next conference game at home on Wednesday, Oct. 5, at 4:15 p.m. against La Roche College.