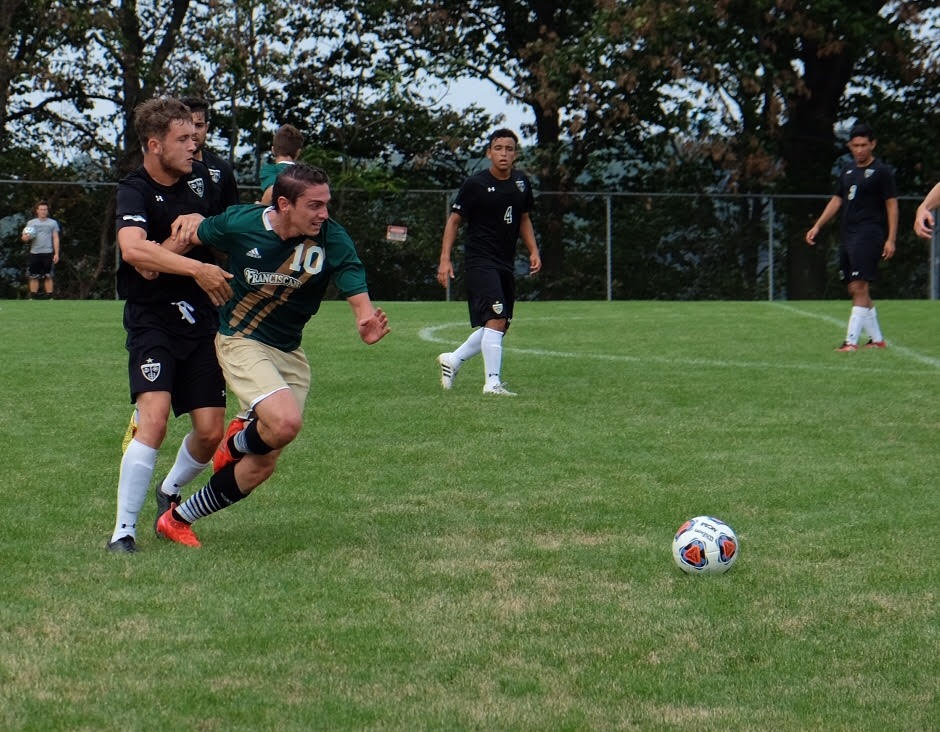 For the first 25 minutes of the contest, both teams battled for possession of the ball. Though Bethany had several opportunities to score, each time the Barons’ defense held firm and cleared the ball from the box.

Just five minutes later, junior forward Leo Herrmann shot on the goal again, after the Bisons were penalized. Herrmann sent the Ball into the top right corner, scoring his eighth goal of the season.

At the conclusion of the first half of play, the Barons held a 2-0 lead on the Bison.

“They were committing to the defense,” said Head Coach Christian Bobak.

Though the Barons have not performed as well overall in away games as they have in home games, Saturday’s strong defense encouraged Bobak. He stated that they “hope to reverse” the outcomes of future away games.

Bobak said, “The boys are really committed. They want to win.”

The Barons’ next home game will be a conference game against D’Youville College on Oct. 1 at 3:15 p.m.