Message of Mercy spread to Franciscan University in multimedia play 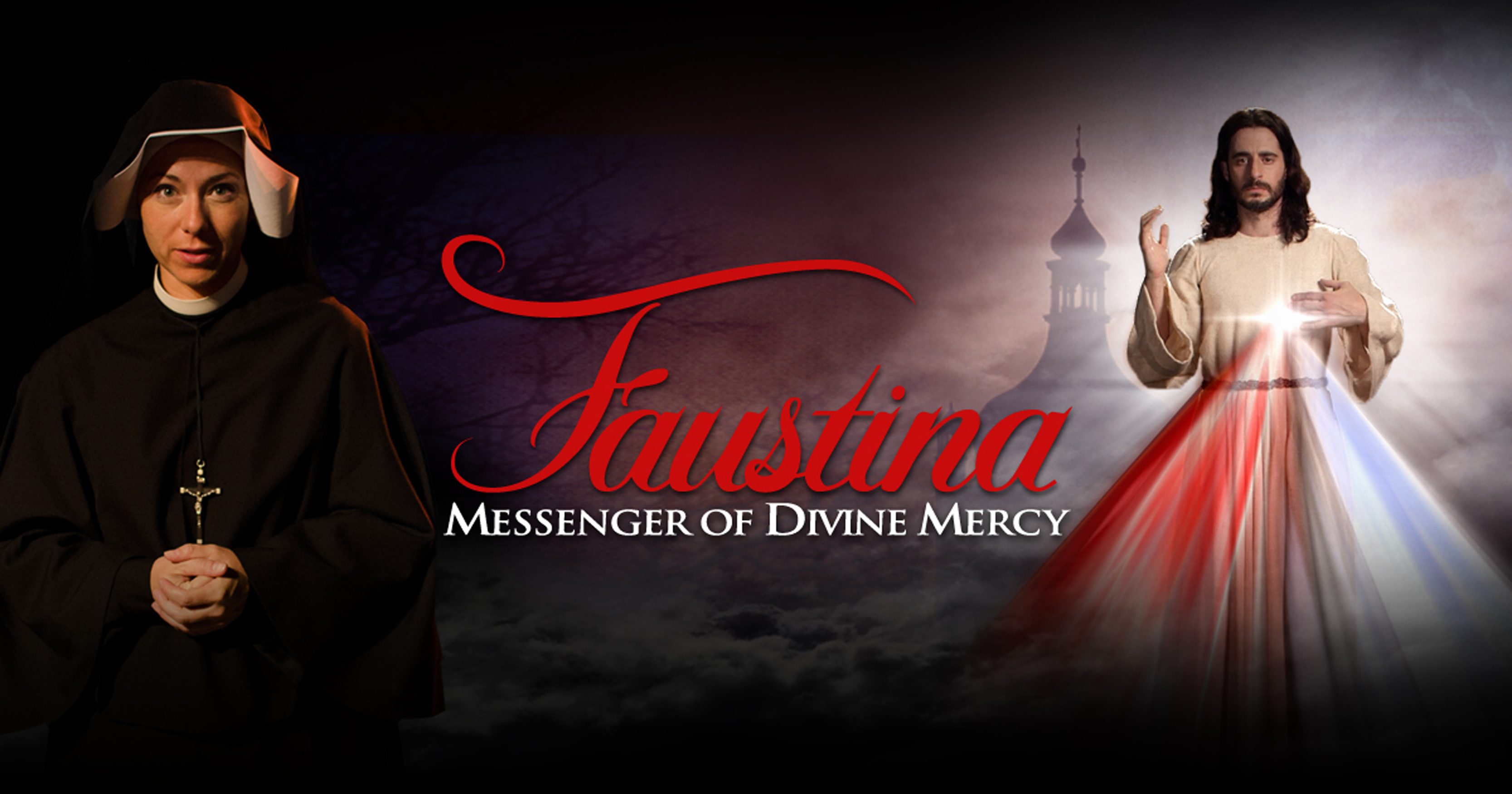 “Faustina: Messenger of Divine Mercy,” a one-woman play performed by Maria Vargo, was presented to an excited audience on Saturday, March 25, in Christ the King Chapel.

This play about St. Faustina was not the typical one-man show because it was a multimedia performance. Other characters appeared in prerecorded videos, and the way in which Vargo interacted with them was so impressive that it felt like the characters in the videos were performing live as well.

“It was very emotional,” said senior Helen Kelly. “I thought the story was very good with a powerful message and the technical elements helped play the emotions well.”

Most of the script was derived from the Diary of Saint Faustina. The play followed St. Faustina’s life from her holy youth as a Polish peasant to her death of tuberculosis at age 33.

Through bold trust in Christ, St. Faustina secretly left home and went to Warsaw to join a convent. Despite the accusations of craziness that Faustina initially received from her fellow religious sisters, the saint received visions of Jesus asking her to paint an image of himself to be venerated and to institute Divine Mercy Sunday.

This play showed the many struggles and temptations that the saint faced. It portrayed her battle against Satan and her burning desire to save all souls. St. Faustina was described in the play as a living image of Christ, suffering physically and spiritually on her journey and offering it all to God.

Interwoven between St. Faustina’s highs and lows were two fictional storylines in the videos of a modern woman and old man whose lives had been touched by Divine Mercy. In their stories, the woman was able to overcome her past mistakes when she prayed the Divine Mercy prayer and her eyes were opened. Because of the mercy given to her, she was able to forgive her grandfather, the old man, who because of that forgiveness was able to welcome the love of Christ at the hour of his death.

“It was interesting bringing modern day issues into the equation and how Divine Mercy still helps us today,” said junior Chris Haefner. “I would say this play is one that is both reverent and important for our daily lives in this world.”

After Vargo took her bow, she gave some closing words to the audience. “If you were moved by this message, go spread it,” said Vargo.